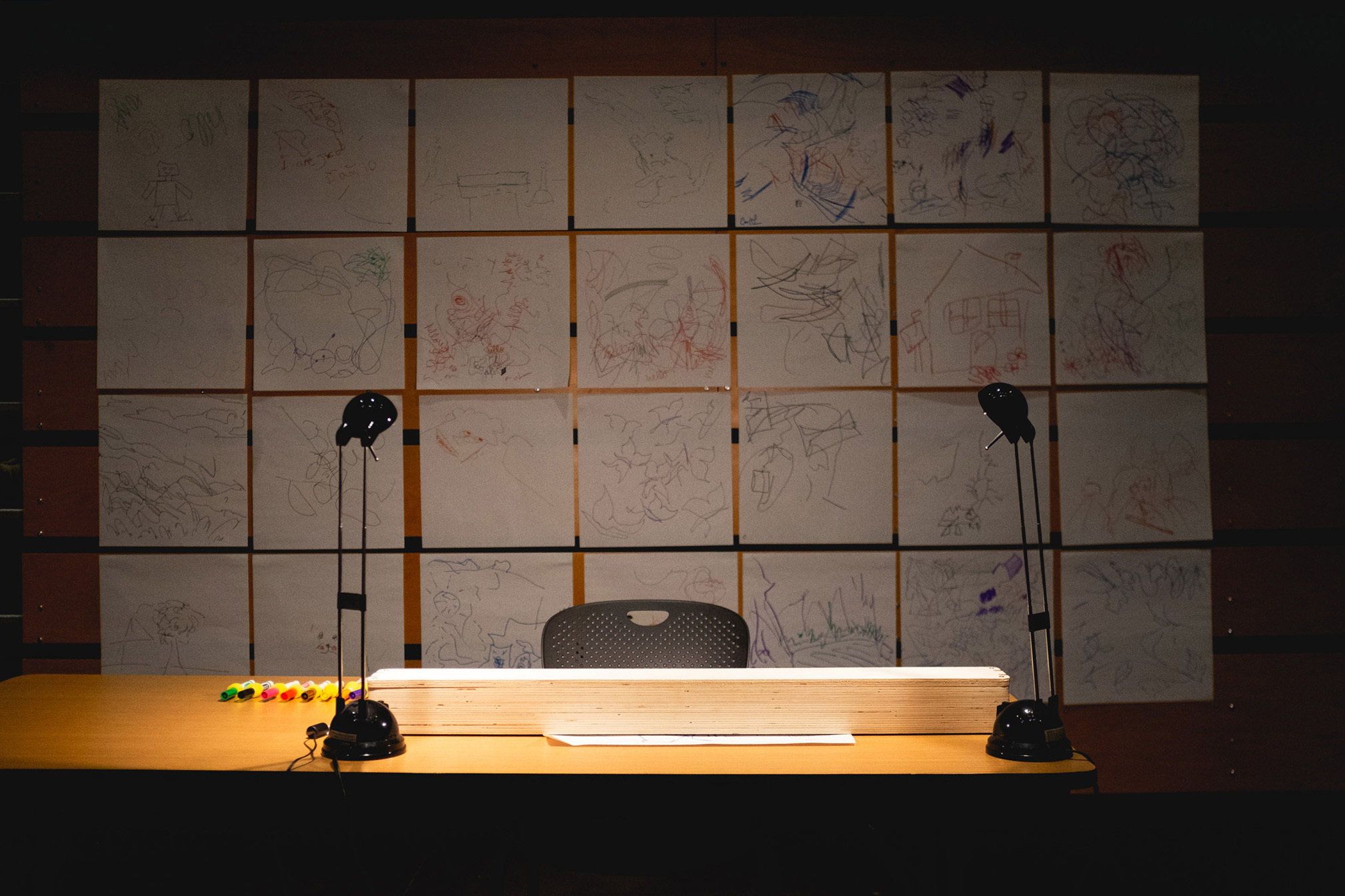 The machine allows either a disrupted or collaborative drawing by manipulating the rotation and position of an ordinary paper material. It exists at that very fine line between disruption and collaboration, trying to be both at the same time.

“Most of the participants did not recognize any sort of logic in the robot motion unless they specifically asked about it. This was largely due to the focus mainly being on the drawing itself. Ultimately, everyone who tried the machine told us they had a fun time and were extremely pleased to have created a drawing that is not necessarily perfect. This machine seemed to alleviate the expectations to make drawings with extreme craft, and it kind of “evened the playing field” for all participants. To us, a big part of this class is gaining an understanding how the characteristics of robotics and embodied behavior can be used to intrigue and alter human behavior. We believe that by taking a paradigm that is already established (the practice of drawing) and interfere with it, we can highlight and ascribe character to this robot.” –– Harsh Kedia

The machine includes a drawing bar fitted out with computer vision sensors and servos, allowing for an inconspicuous looking object to be a mischievous partner in the crime of drawing. The team wanted to intervene and add another character in the drawing experience by disrupting it with an unexpected, seemingly mischievous character that reduces the precise control that the artist has over their canvas.

"Ice Angel" by Dominic Harris and Cinimod Studio is an interactive artwork that provides the participants a glimpse of themselves depicted in angelic form. Inspired by the way children create…