Earlier this year panGenerator was invited by Copernicus Science Center to create an installation for the new media and technology oriented Transformations Festival and given the central idea of this years edition - empowering people via new tools such as 3d printing and new collaboration frameworks, the team decided to implement an idea they developed some time ago. They strived for something that generates intricate emergent behaviours based on very simple and autonomous building blocks.

The main, and only component of Constellaction installation/experience was a small, vacuum formed tetrahedron. Inside there were custom made electronics driven by
ATtiny24A microcontroller which already included all of the things the team were looking for - it was working with voltages as low as 1.8V, consumed small amounts of current and had enough i/o pins. For light detection they used three standard photoresistors, each pointed to corresponding face and the same amount of SMD LED’s were used for producing light. On top of that they added a tiny buzzer making some noise along with the blink. As for power supply two CRC2032 batteries were used, and thanks to heavy power consumption optimisations (such as utilising watchdog timer) the tetrahedrons are working even today - a month after the event. 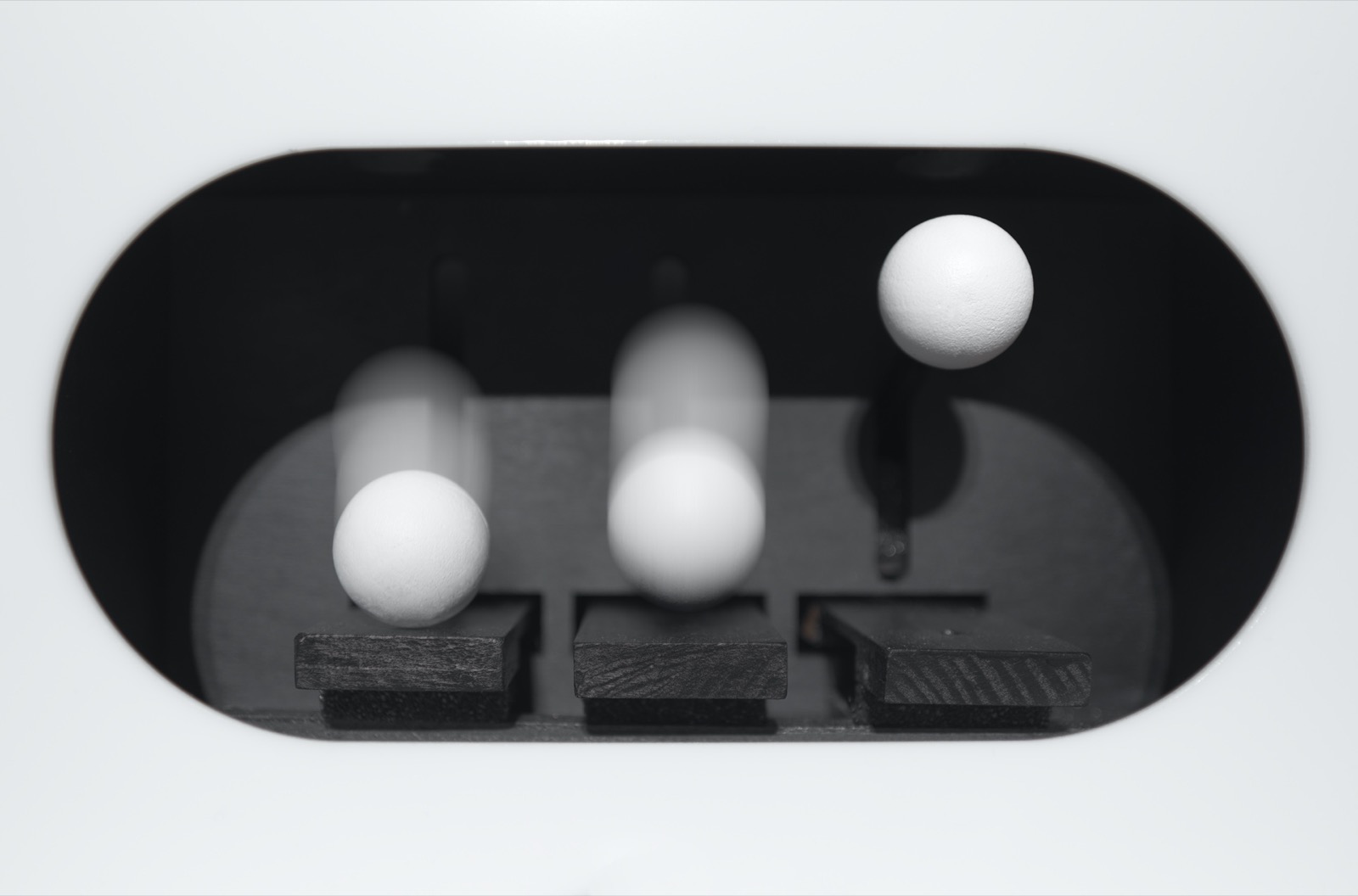 Created by panGenerator, “Icons” is an exhibition exploring our shared cultural “imaginarium” of digital gestures, symbols, and artefacts, dragging them out onto a physical space, enabling audiences a direct, tactile confrontation and – also literally – a different visual perspective.