Created by Luiz Zanotello, Habitat of Recognition explores the material dimensions of digital technologies by examining the intra-active tensions between the distinction and convergence of matter. On one hand, it enacts an infrastructure of mineral processing that happens at outsourced mining sites that support contemporary technology and on the other it re-imagines such infrastructures as habitats of reading and writing Earth and its landscapes as digital ores of residue and value.

An ore of granule particles (silica and iron) is written and read as a granular record. The imaginary consists of a coupled machine that reads the ore by performing its erosion and magnetic sorting layer by layer, while simultaneously writing the ore by depositing its residue sediments linearly according to the measured values. The infrastructure depends upon the manual labor of exchanging what was read as an ore with what is written as one, and what was written as an ore with what is read as one in order for the process to continue. The recognition of the ore as a record paradoxically requires its dismantling, and its new writing is prone to the resilience of its residues, entangled labor, and discrete measured values. The ore and the record alter iteratively upon each cycle, thus exhibiting the agencies of matter itself and how it entangles with information. 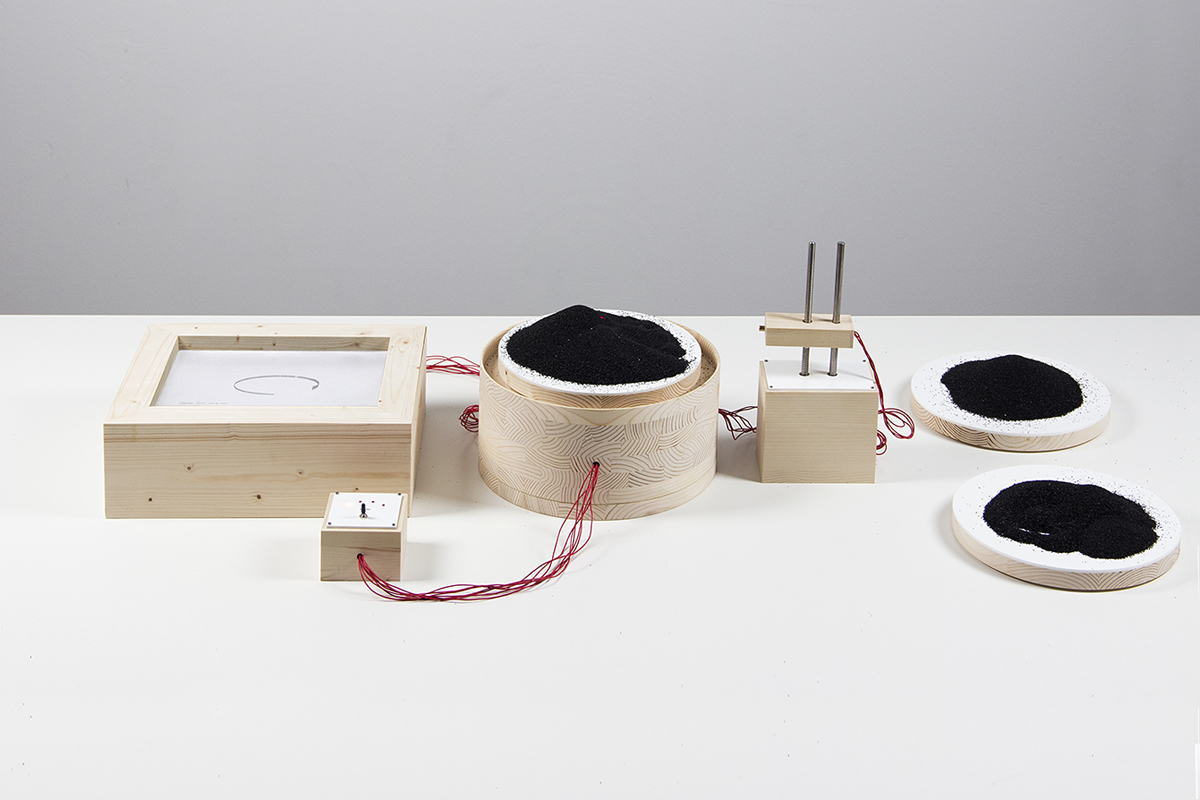 The New Velocity – The faulty consistency of cartography

Created by Luiz Zanotello at the University of the Arts, Bremen, The New Velocity is a machine designed to plot the phantom Sandy Island using digital as a new analogy for its existence. The project investigates a charting error that persisted in cartographic maps even after the advent of digital media. It speculates how data and physical phenomena are entangled, and how in contemporaneity, the two have the same weight under digital media.