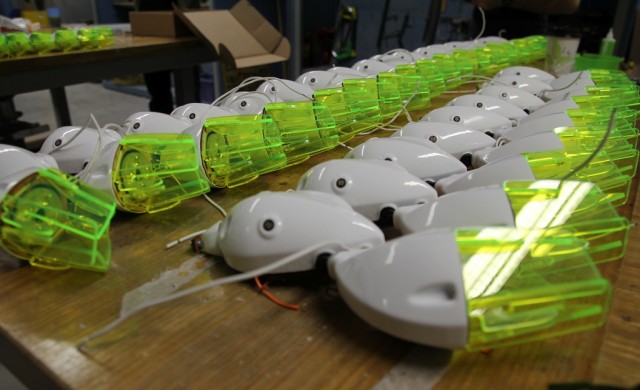 For the Vivid 2011 festival, Events New South Wales commissioned Jason McDermott and Liam Ryan (of Arup) and Frank Maguire to design, construct and install an innovative light artwork in Circular Quay, Sydney. The team designed Social Firefly, a community of friendly intelligent lights that influence one another. The fireflies are programmed to respond to light from their neighbours, popular fireflies become highly influential, whilst isolated fireflies must work harder to reach their friends. By shining lights on to the fireflies, audience members speak the same language and influence the interaction between community members.

One thought on “Social Firefly [Arduino]”