Created by Francesco Tacchini in collaboration with Julinka Ebhardt and Will Yates-Johnson, Space Replay is a hovering object that explores and manipulates transitional public spaces by constantly recording and replaying their ambient sounds. The object is aimed to produce "a delayed echo of human activity" by using a helium filled latex balloon equipped with battery-powered Arduino and an Adafruit Wave Shield hacked to record and playback audio on the fly.

The components were inserted into the balloon after being vacuum formed in plastic in the shape of a cone — in order to enhance the sound coming from the speaker and protect the balloon from the wires and PCB edges. The balloon was filled with enough helium to be able to lift everything and hover, reaching its buoyancy point. The final and lightest prototype weights 120g, comprising of electronics, packaging and balloon. 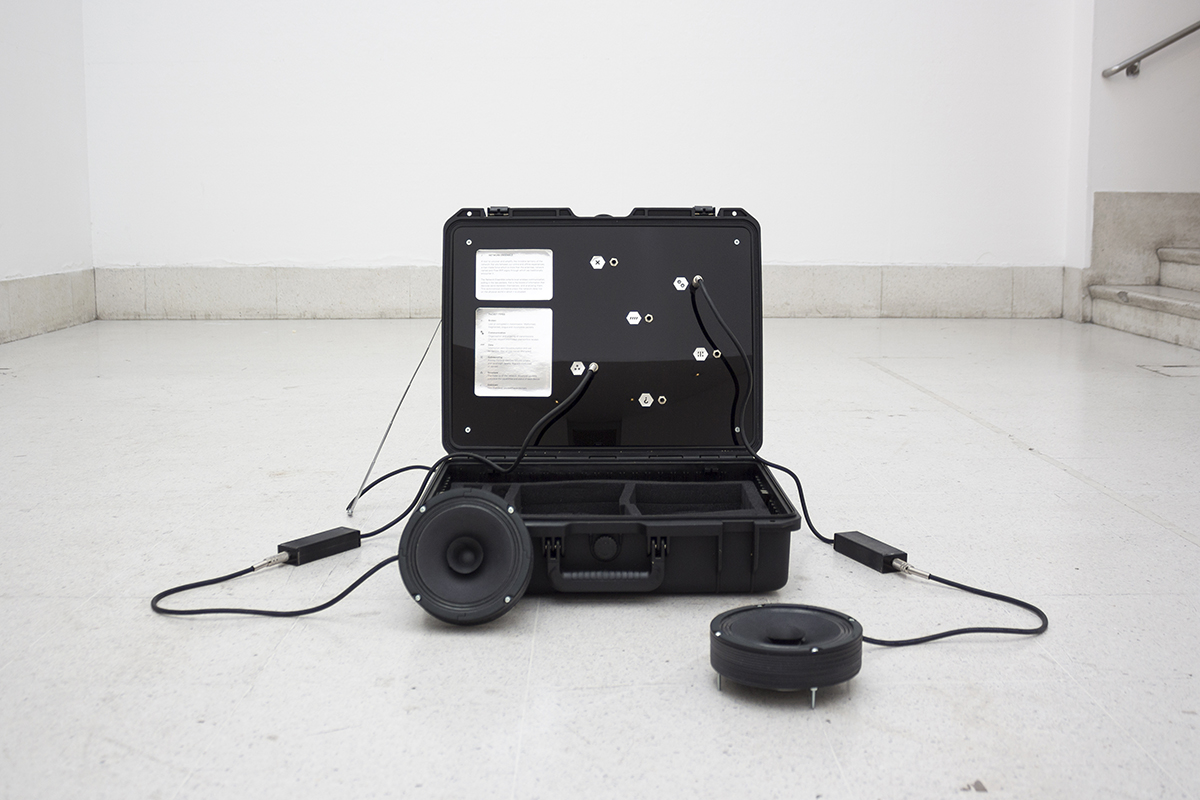 Created by Oliver Smith and Francesco Tacchini, The Network Ensemble is a tool to sonically uncover and amplify the invisible territory of the networks that sit between our offline and online experiences.