A-B-Z-TXT is back as the ‘school for 21st century typography’. Last year we helped launch the inaugural edition and the journey continues. From August 17-20th, 2017, join us in Toronto for hands-on workshops and incisive lectures with Zach Lieberman, Mindy Seu, and more!

In seven weeks, A-B-Z-TXT returns! Last year we helped this upstart typography school blur the lines between graphic and computational design. This year, we signed up again. Led by a team of designers, developers, and artists, the four day intensive programme features hands-on thinking and thought provoking talks on letters, language, and their enduring cultural resonance.

We are looking for multidisciplinary participants to join. Do you want to experiment with typography beyond trends? Are you curious about computational approaches to playing with type? Do you seek a deeper grasp of letterforms and their cultural significance? If you’ve answered yes, join us! We are accepting applications through July 21st. Diverse and international applicants are encouraged. Last year we had participants from far as afield as London, San Francisco, and Calgary. Read on as we tease some of our offerings and a mini-survey of works from our noted faculty. 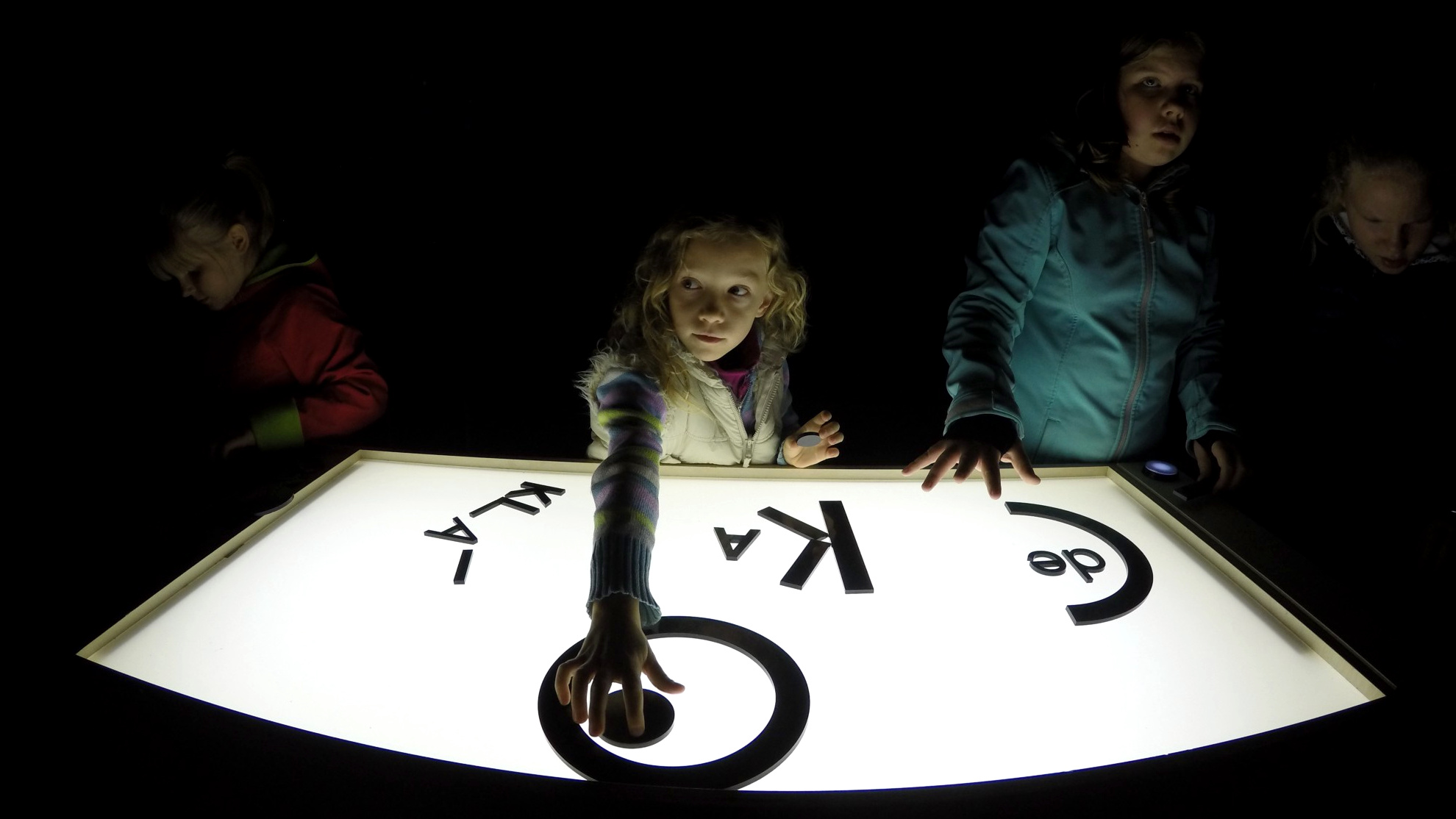 ↑ Letterforms: Zach Lieberman’s Reflection Studies made type tangible at Signal Festival in 2016 (above) / a recent font warp experiment (below)

Our first instructor hardly needs an introduction to CAN readers. Because of his steady stream of inspiring personal projects, collaborations, and client work, Zach Lieberman was discussed as guest faculty in the earliest stages of A-B-Z-TXT’s conception; and CAN has of course been regularly checking in with the School for Poetic Computation (which he co-founded) since it launched in 2013 – so it seems fitting to have Zach helm A-B-Z-TXT’s two-day masterclass, which will look at “computational strategies for animating and manipulating typography, focusing on simple principles and mechanics that code is well suited for – generative, iterative and geometric processes.” It will revolve around exploring type with openFrameWorks (“but in a beginner friendly way”), provide a bit of a history lesson (touching on Metafont and PostScript, and survey related pioneering work), and introduce students to a number of tools for working with type and code. 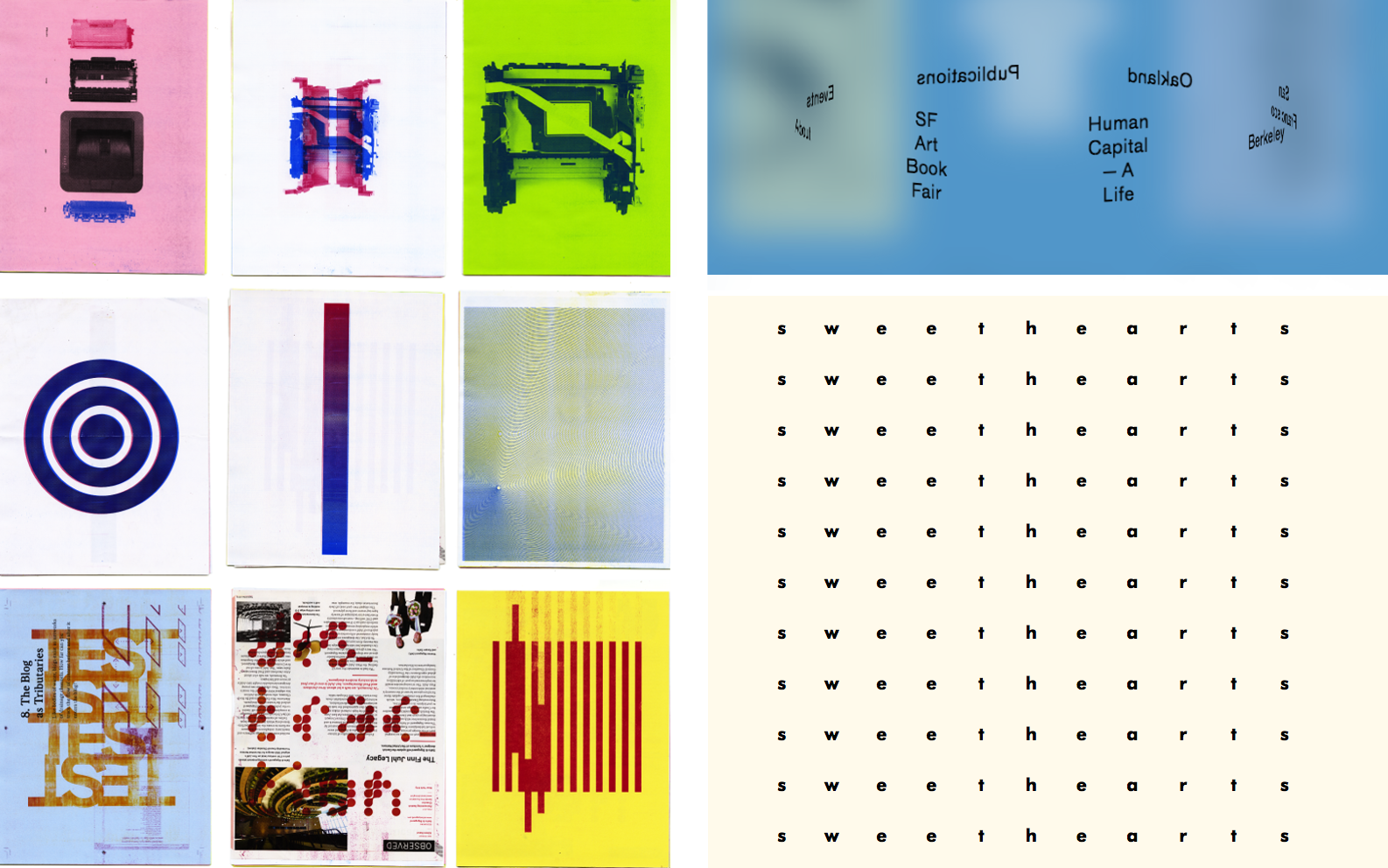 ↑ Process, process, process: an array of risograph experiments by Ali S. Qadeer (left), and a 360° menu sits atop a kinetic remix of Emmett Williams’ 1968 concrete poem Sweethearts (right, both by Mindy Seu and collaborators).

In addition to Zach’s masterclass, A-B-Z-TXT will feature two other half-day workshops – each is quite promising. From Cambridge and New York City, we’ll be joined by Mindy Seu. As a designer, she ruminates about what ‘publication’ entails beyond print (see her recent web framework for archiving the 60s-70s art periodicals Eros and Avant Garde, for example) and she’ll be channeling her fascination with interface aesthetics, kinetic type (see the video embedded at the bottom of the post) and Tilde Town Cadastre into a fun half day activity. A-B-Z-TXT is happy to welcome back designer Ali S. Qadeer, who’s talk on vernacular strip mall signage and ethnic identity in the Greater Toronto Area prompted a boisterous and very nuanced conversation during last year’s edition. Like Zach, Ali plans a bit of reflection on the past and promises his workshop will “draw from an archive of type assignments from across the twentieth century – Bauhaus, Jan Tschichold, Carl Dair – to understand how our relationship to text has changed alongside the media that carried it.”

A-B-Z-TXT will feature a mini-symposium beyond its masterclass and workshops, and for that, some great speakers are lined up: sculptor and installation artist Lois Andison will discuss how language serves as a medium within her work; designer Michèle Champagne will look for the radical typographic vocabulary of Toronto’s late (and infamous) mayor Rob Ford; Chris Lee will also get political and discuss the ways in which type asserts state power; and Xavier Snelgrove will reveal how he uses deep learning to help users (of his Android app Dango) pick the perfect emoji.

We were truly excited by the mix of participants at A-B-Z-TXT last year, as we saw everyone from designers that were just out of undergrad or grad programs to established artists and educators; and we had independent graphic designers that run their own small studios through to folks on the product teams at major startups. The mix of skills, experience, and outlooks was really refreshing, and this year we expect more of the same. Priced at a very reasonable $675 CAD ($500 USD) A-B-Z-TXT is very affordable, and we definitely hope to see several folks from CAN’s extended readership amongst the expected two-dozen participants, so if you’re up for a little exploration of what type is (or could be) consider joining us in Toronto this summer!