A-B-Z-TXT returns! No one else explores text and language quite like our favourite summer typography school. From August 23-26th join us in Toronto for a symposium and three-day masterclass at the artist-run centre InterAccess.This edition’s masterclass will be led by the formidable combination of Jürg Lehni, Mindy Seu, and Jon Gacnik!

Since day one, we’ve been advising the upstart typography school that blurs graphic and computational design – we’re amazed how much the platform has evolved since launching in 2016. Led by a team of designers, developers, and artists, the four-day intensive programme features hands-on thinking and thought-provoking talks on letters, language, and their capacity to shape our perception.

We are looking for multidisciplinary participants to join. Do you want to experiment with typography beyond styling client copy? Are you curious about computational approaches and (more) generative design? Do you wonder how the hidden paradigms of design inflect and regulate the world around us? If you’ve answered yes, apply! We are accepting applications through July 15th. Diverse and international applicants are encouraged. In addition to the usual contingent of designers from across Canada and the United States, last year we had participants join us from as far afield as Chile, Mexico, and Spain. Read on as we tease some of our offerings and a mini-survey of works from our energetic faculty. 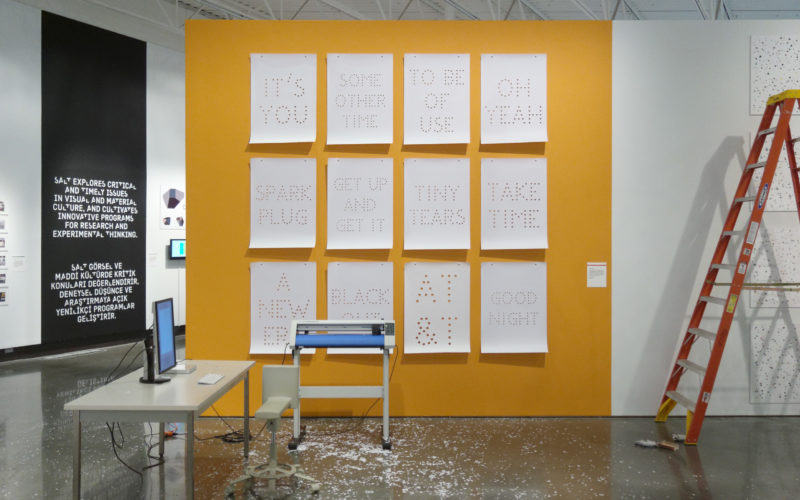 ↑ Automatic for the people: both Jürg Lehni’s installations and images trace the fine line between human and machine gesture

We are excited to welcome Switzerland’s Jürg Lehni to the A-B-Z faculty this year. From introducing computational design paradigms to a generation of Illustrator users in the 2000s with Scriptographer, to his first drawing machine Hektor (2002), we’ve admired Jürg’s practice for almost two decades (we featured him in HOLO 2!). Beyond his singular installation practice and the accessible tools he creates (most recently evidenced by Paper.js, the spiritual successor to Scriptographer) Jürg is also a renowned educator. He has taught at ECAL and UCLA – and led workshops worldwide. Given his sustained investigations into the nature of publishing and delineation, Jürg is a perfect match with the multidisciplinary thinking (and making) that goes on A-B-Z-TXT.

Jürg isn’t going to solo on the masterclass though. Instead, he’s teaming up with A-B-Z alum Mindy Seu and newcomer Jon Gacnik to offer a three-day workshop that will reflect on contemporary networked existence by challenge participants to create their own publishing platforms – and to re-appropriate existing ones. A-B-Z participants will form temporary collectives, drawing on their individual interests and behaviours to form small working groups. A range of exercises involving analog tools, peer-to-peer protocols, projections, and scripting (in Paper.js – no coding experience required!) will provide the opportunity to sketch out and experiment with alternative publishing frameworks. 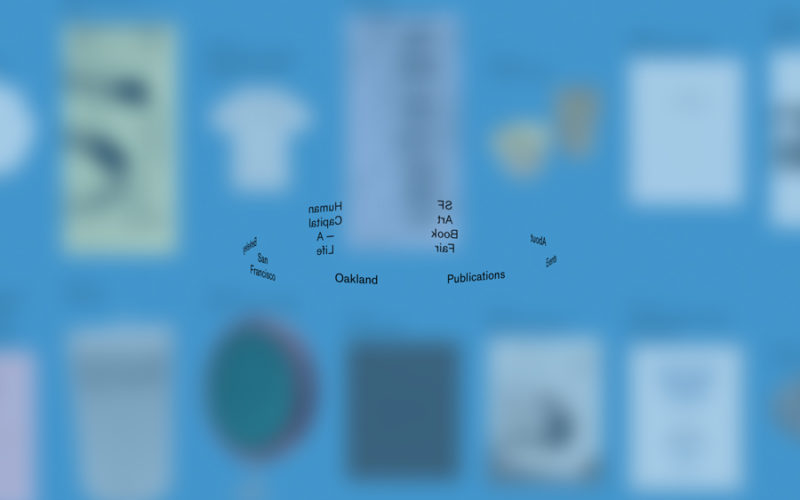 At the last edition of A-B-Z-TXT Mindy Seu’s workshop ASCCI Town, and her rich talk on the interwoven history of text, media, and electronic art were a hit – so we’ve asked her back. Since last year’s edition she’s relocated to Cambridge to study at the Harvard Graduate School of Design, and become a fellow at the Internet archive and the Berkman Klein Center for the Internet and Society. As mentioned above, Mindy will be joined by one of her primary collaborators: Los Angeles-based Jon Gacnik. At Folder studio, Gacnik works on a diverse range of web projects for clients like Ghostly International, Bloomberg Business, and Red Bull Music Academy. Amongst many jointly produced projects, the duo just capped a multi-year project to breathe new life into a trio of fabled 1960-70s art publications—Avant-Garde, Fact, and Eros—by porting their respective archives into contemporary web interfaces.

As always, A-B-Z-TXT will feature a mini-symposium beyond its masterclass.And for that, we’ve got an exciting range of speakers: Toronto’s Chris Lee and Montreal’s Nasrin Himada will discuss how ‘the grid’ is not only an organizing principle in graphic design, but empire; Waterloo artist duo St Marie φ Walker will present an overview of how theory and language underpin their public art practice; and Toronto’s Nell Tenhaaf will delve into the history of Telidon – the Canadian online service that pre-dated the public internet and fostered an unlikely hotbed of artistic engagement in the early 1980s.

We’ve been thrilled with the mix of participants at A-B-Z-TXT over its first two editions. We’ve hosted everyone from recent library school graduates to seasoned educators; for every designer that runs a small studio, we have someone from a product team at a major startup. The mix of skills and experience is refreshing, but the most important thing everyone brings is earnest curiosity. As usual, we welcome participants from a diverse range of genders and geographies, and we offer a few discounted spots for those who can’t afford it. A-B-Z-TXT is priced at a reasonable $675 CAD ($550 USD), and we definitely hope to see several folks from CAN’s extended readership amongst the two-dozen participants. Also worth mentioning: A-B-Z-TXT will be hosted at Toronto’s venerable artist-run-centre InterAccess – at their swank new West end venue. So, if you’re up for a deep-dive into what type is (or could be), consider joining us in Toronto this summer! 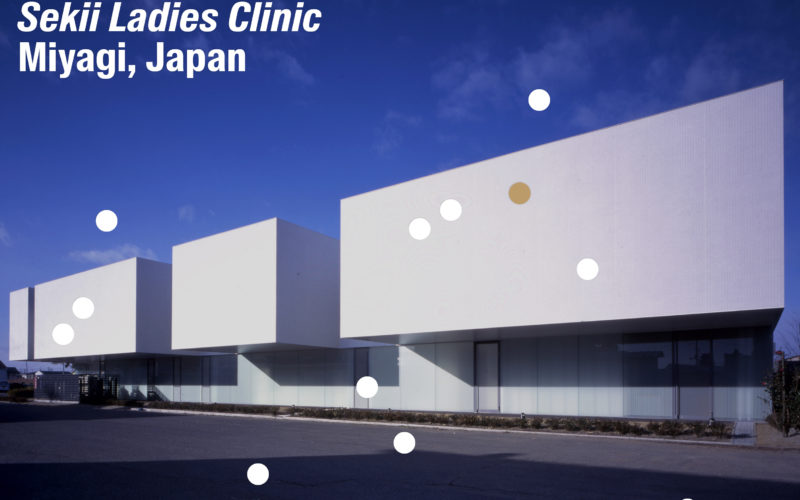 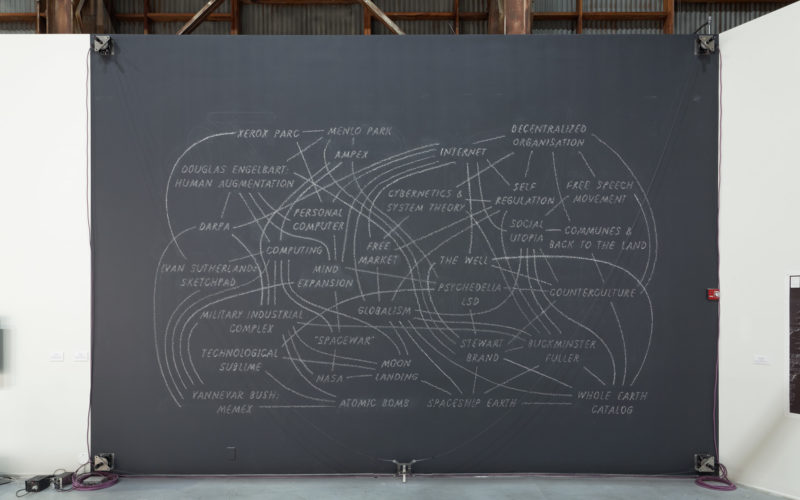 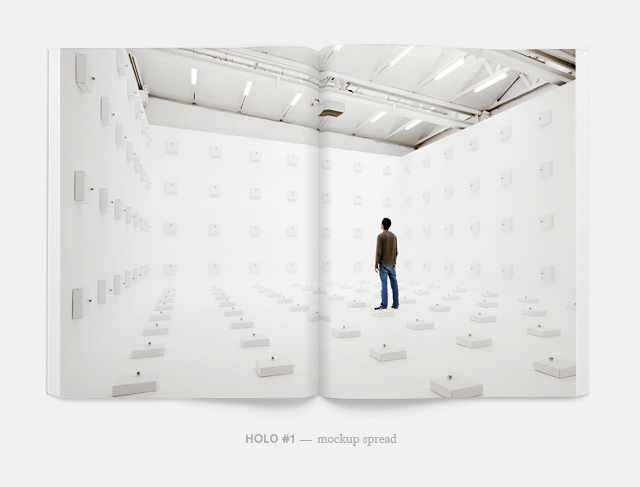 Over the last 4 weeks you’ve served us a potent cocktail of enthusiasm, affirmation and disbelief. Each morning we woke up to surpassed expectations. When the 456th pledge pushed us over the 100% mark only five days into our campaign..