We have allowed enough time to let our eyes rest after a retinally challenging week at EM15 in Montreal and it is time to check in with an overview of the proceedings. EM15 emerged from the combination of Elektra and MUTEK’s rich fifteen-year histories and—as expected—it showcased a sprawling program full of electronic music and audiovisual performance. HOLO Editor-in-Chief Greg J. Smith conducted live Q&A sessions with collaborators Matthew Biederman and Alan Thibault, and Paul Prudence on Wed. May 28th and these sessions were a fun opportunity to dive into the process and motivations at play within the practices of some of the festival’s featured artists.

MUTEK’s daytime programming has long invited musicians and music journalists to opine on production, performance, and the industry, so CAN/HOLO was more than willing to lead similar discussion with audiovisual artists. Our two sessions were quite distinct, but a few common threads drew them together. Biederman and Prudence both talked at length about the ‘liveness’ of performing visuals, and how there was a fine balance to be struck between developing overly-constrained workflows versus more improvisational setups that (can) invite cataclysmic failure. The interplay between sound design and visual composition was also central to both conversations and whether within the artist/composer relationship of Biederman/Thibault or Prudence’s manipulation of field recordings, both camps carefully described their nuanced approach to fusing sound and image. These exchanges were relatively free wheeling and it was great to have the artists field high-level questions from audience members like Naut Humon and Patti Schmidt.

The A/Visions events have always been a source of inspiration during MUTEK and evidence of Elektra inflections of this programming stream was definitely detected. Markus Heckmann and Matt Thibideau’s Reclusion wove subtle chromatic tapestries in-sync with ambient techno to lead-in to Robert Henke’s jittery, maximalist laser firing squad Lumière. Herman Kolgen premiered Seismic, an elaborate manipulation of pre-rendered, shaken (not stirred) video by live seismic data-driven generative sequences that was a jarring counterpoint to the ‘music of the spheres’ orchestrated by Prudence during an earlier performance of his Cyclotone piece. Some other highlights: the geo-collage of the Japanese duo Intercity Express (musician Tetsuji Ohno and experimental filmmaker Synichi Yamamoto), the Muybridge-esque video choreographies of eVanescens (which combined electroacoustics and Sigrid Vandenbogaerde’s visceral cello playing with ethereal cinematography), and a set that saw Nonotak ingeniously paint a scrim and performance enclosure with oscillating barcode patterns.

There was a world of events and performances outside of A/Visions, but this was the stream of programming that we were most attuned to. For a sense of the broader festival, this recap for XLR8R by Shawn Reynaldo is quite comprehensive. As always, we enjoyed ourselves tremendously and were more than happy to cultivate the discourse around some of the work that most excites us. Congrats are due to both the MUTEK and Elektra teams on their respective crystal anniversaries, it will be interesting to see what each of these organisations sets their sights on next.

One affiliated program that really inspired some contemplation was the The International Digital Arts Biennial (aka the BIAN) which ran concurrent to EM15, we’ll be sure to weigh in with some thoughts on (and highlights from) it in the coming weeks. 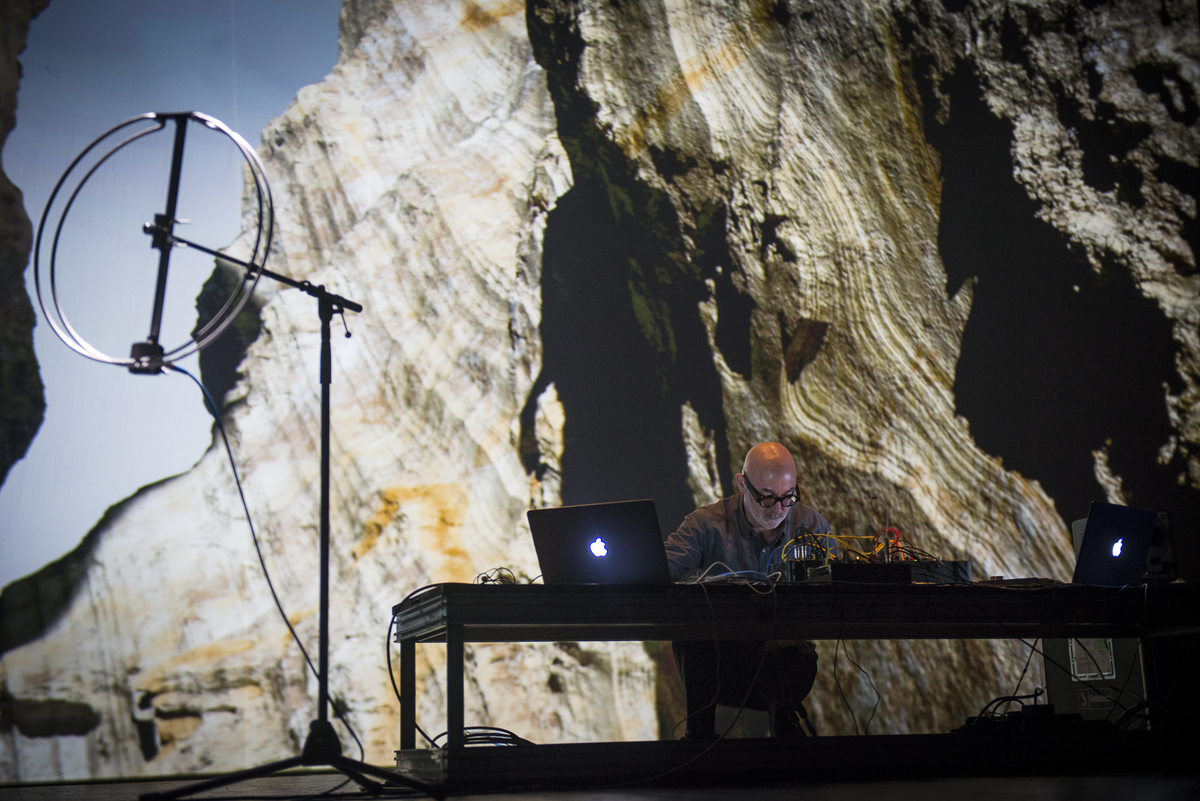 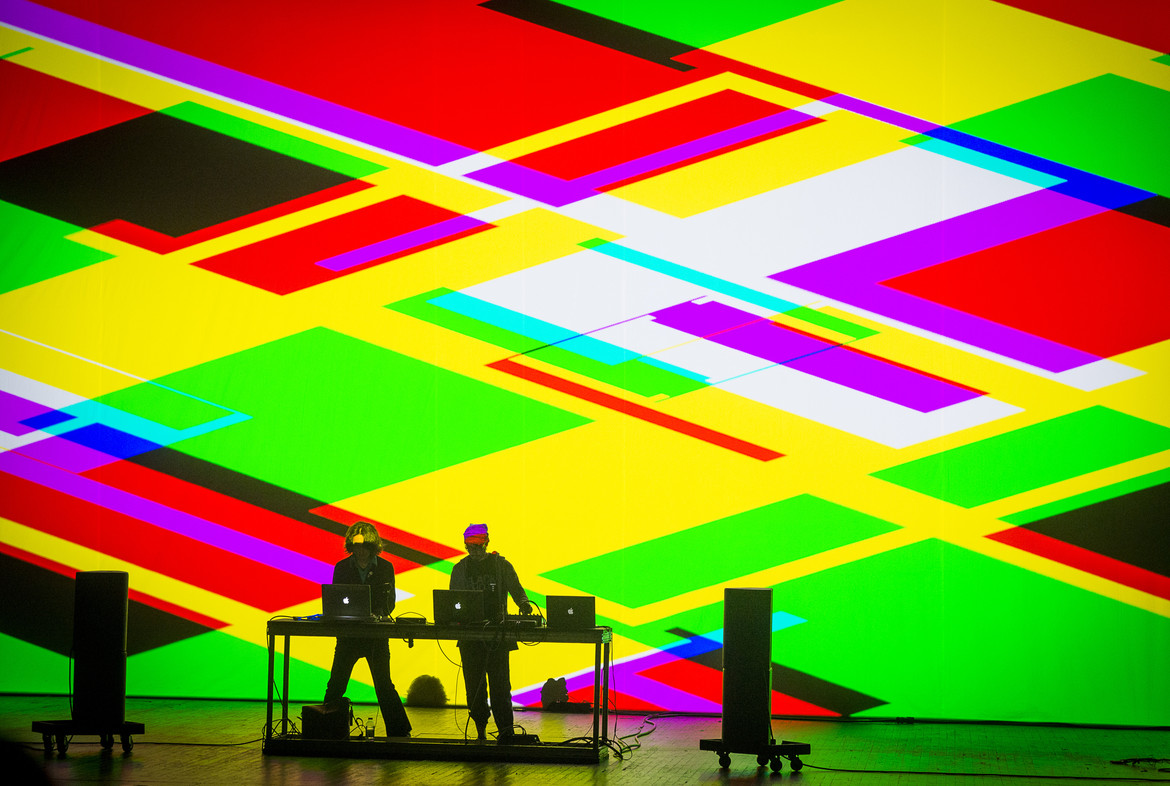 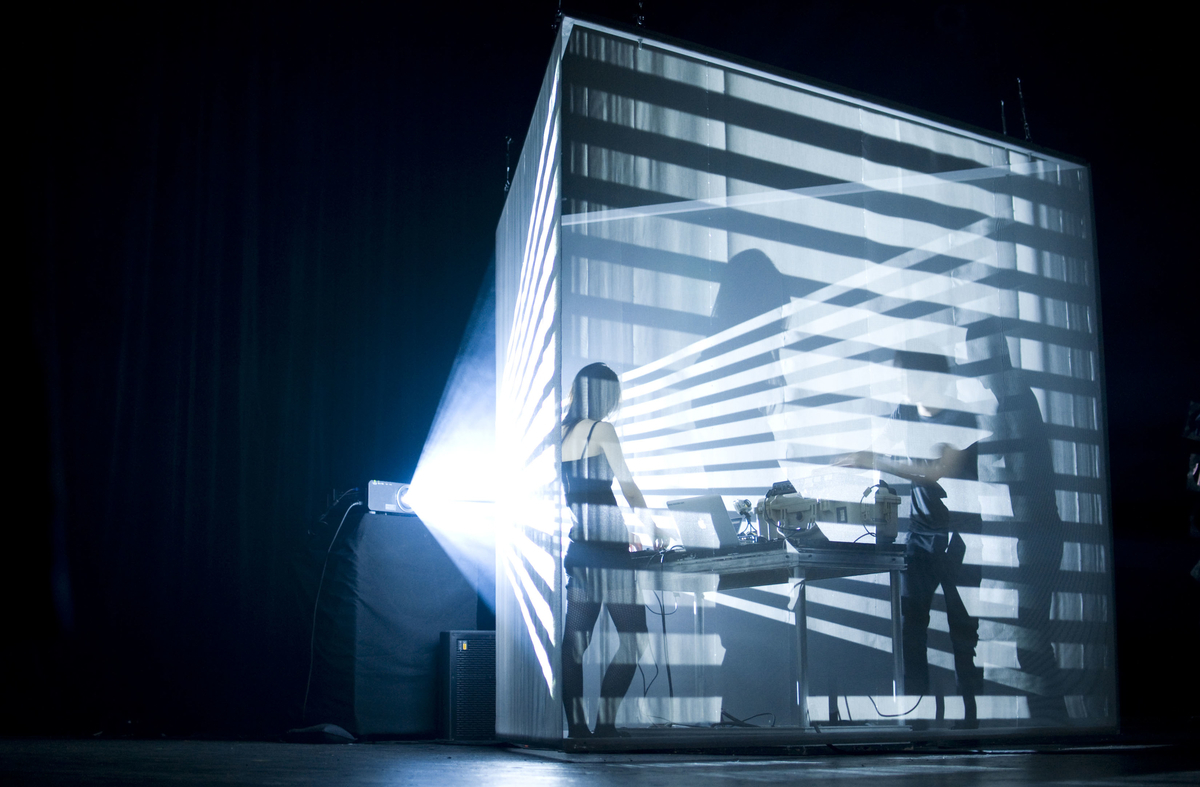