Curated in collaboration between EWHA’s Cross Media Lab, Kimchi and Chips and CreativeApplications.Net, The  「Distortion Field」 objective is to facilitate a productive ‘scenius’ that nurtures creative intersections, exchanges and networks between practitioners in art, media, performance and technology. It aims to describe the effect of audience’s participation upon artist’s intention, the opportunity for audience collaboration within new media creations, and the professional framing of artworks through curation and documentation.

New technologies whether mechanical, biological or electronic are playing a major role in shaping contemporary digital art production. Unfortunately the discussion related to how this work is communicated often remains in the dark. Whereas “interactive” is commonly applied to “new” digital art production, in most cases these systems are simple, responsive and reactive. 「Distortion Field」 aims to reveal more complex feedback systems where the audience is an active participant and a contributor in both the experience and dissemination of this work.

Jin-Yo Mok is a media artist working and living in Seoul. He received his BFA and MFA from Hong-Ik University and continued his study at the ITP, New York University. His works have been exhibited, collected and featured both online and offline over the world including ARS Electronica, Whitney museum, Chelsea museum New York, Guggenheim Bilbao museum, Taipei museum of contemporary art, Korea national museum of contemporary art, Direct Digital in Italy, etc. He also made a large-scaled 3-layered LED façade for Shinsegae department store in 2010 in Seoul, and recently created the renowned kinetic landscape Hyper-Matrix for Hyundai motor group.

He is leading a Seoul based media artists group Jonpasang and as a professor teaching at the digital art program of Yonsei university, Korea.

Haru Ji is a TransArtist and researcher exploring the subject of life in art through Artificial Life Worldmaking: a form of computational generative art creating and evolving virtual ecosystems as immersive environments. She holds a Ph.D. in Media Arts & Technology at the University of California Santa Barbara and is an assistant professor of Art & Technology in the School of Consilience at Sogang University in Seoul, Korea.

She has exhibited computational installations, digital sculptures, virtual architecture, video installations, sculptural objects and 3D animations at exhibitions and art festivals worldwide including ISEA, EvoWorkshops, and SIGGRAPH, with corresponding publications. She is a co-creator of the research project and immersive ecosystem “Artificial Nature”, exploring the expansion of media art towards ‘art-as- it-could-be’. It is an amalgam of play, research, and art, which raises novel and significant questions regarding the trans-disciplinary interpretation of both subjective beauty and objective truth in art and biology.

Her artwork has been exhibited in Seoul, Tokyo, Barcelona and Arhus in Denmark. She is currently researching emotional and tangible interaction for future life and the effects of technology from a creative approach.

She is interested in exploring her surroundings with her eyes shining before creating something interactive and funny based on narrative snippets from her life. She loves to play with art and nature as well as technology, which all lead her into a creative world. 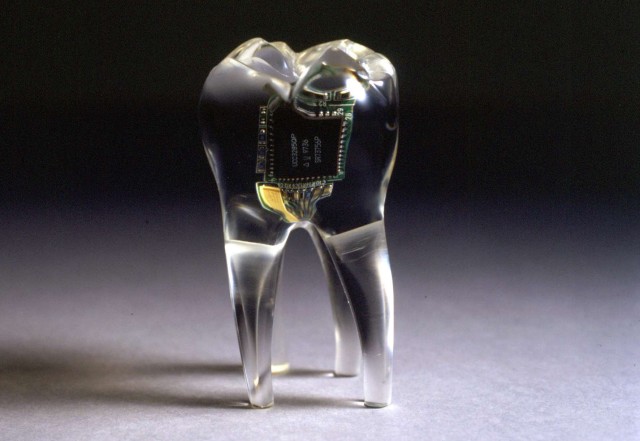 James Auger is a designer, researcher and lecturer operating at the intersection of art and industrial design. He is a tutor at the RCA: Design Interactions and visiting professor at the Haute école d’art et de design (HEAD) in Geneva. Together with Jimmy Loizeau, James runs Auger-Loizeau – design studio based in London, and they have been collaborating on projects since the concept of the Audio Tooth Implant which was first conceived in October 2000.

Their goal is for this analysis to take place over a broad a spectrum. Thus their work may be seen anywhere from Wired magazine to The Sun newspaper, or as a demo in a public square in Linz to an exhibition in Beijing. Many of their projects are self-generated and self-funded but they also participate in industry funded research projects, commissions, workshops and the very occasional commercial project. 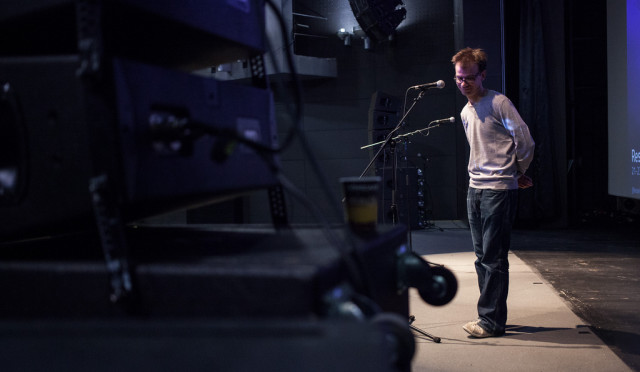 Filip Visnjic is an architect, lecturer, curator and a new media technologist born in Belgrade now living in London. He specialises in directing web, new media and architectural projects while also contributing to a number of blogs and magazines about art, design and technology. He is an editor-in-chief at CreativeApplications.Net, co-founder and curator of Resonate Festival, editorial director of HOLO Magazine and he lectures at a number of universities in the UK. 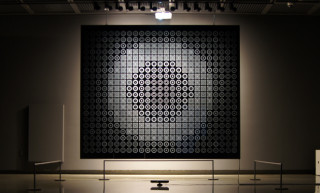 HYBE(Hive for Hybrid Environment) is a new media collective, producing a creative medium and a value from experience. They have consistently presented and realized unique ideas, fusing technology, the arts, experimentation and practicality. Based on this, they are attempting a fusion with industrial areas such as product manufacturing and architecture, etc. as well as their own work in the art field.

Sunwoong Ryu, the director of HYBE, is working as a device artist and a technical designer for digital media. He studied photograph art at Kaywon School of Art and Design and multimedia design at Dongseo University, and received PGDip in interactive digital media at Ravensbourne College in London. He participated in many projects in the fields of architecture, products and digital contents and was awarded the grand prize at HCI-Korea Creative Awards for the interactive lighting artwork ‘MIXIST’ with Seulki Kang in 2008. He has directed HYBE since 2010 and currently is a resident artist of Seoul Art Space Geumcheon.

Based on digital media technology, he creates an object or a device as a new medium, giving new prominence and value to it. He enjoys making and sharing his artwork with his unbounded imagination. 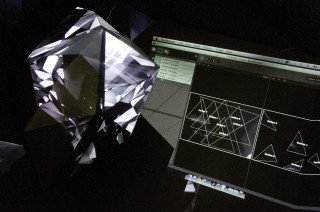 Youngho Lee majored in Digital Media Design at International Design school for Advanced Studies(IDAS) of Hongik University and studied at Aalto University for Arts in Finland as an exchange student. As one of the young media artists of Korea, he actively works, gives lectures and also has broadened currently his careers by working in commercial areas.

Lee installed Smirnoff studio at IFC mall in Yeouido and the projection mapping display in Boon the Shop in Seoul. In addition, he made a variety of image designs for many signers, as he was in charge of sound visualization in Jisan Rock Festival and Grand Mint Festival in Korea.

Lee is known as VJ ZIZIZIK of the group VIEWZIC(VIEW+musIC) and has great interests in audiovisual artworks using the real-time image controls and surveillance cameras. He mainly does projection mapping, VJing lives and video controls. He mostly uses the softwares such as VDMX, Mad Mapper, and Quartz Composer and has held workshops for teaching the tools in many cities of Korea. 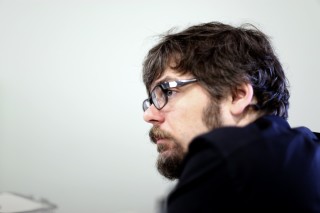 Graham Wakefield’s research has evolved from computer music composition to the generation of open-ended environments for exploratory experience, emphasizing continuation over closure. This work is expressed through software design for creative coding, and immersive artworks of artificial ecosystems (both leveraging live system evolution through dynamic compilation). He is currently a Visiting Professor in the Graduate School of Culture Technology at KAIST, South Korea. Graham played a central role in the
development of software systems and authoring content for the AlloSphere: a three storey spherical multi-user immersive instrument in the California Nano-Systems Institute. Graham is also a software developer for Cycling ‘74, co-authoring the Genextension for the widely-used media arts environment Max/MSP/Jitter. His works and publications have been performed, exhibited and presented at international events including SIGGRAPH, ICMC, NIME, EvoWorkshops and ISEA. 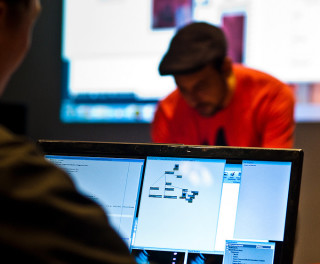 Elliot Woods is a digital media artist, technologist, curator, educator from Manchester UK. He creates provocations towards future interactions between humans and socio-visual design technologies (principally projectors, cameras and graphical computation). Towards this goal, Elliot co-founded Kimchi and Chips, an experimental art / design / technology studio based in Seoul. He is known for transforming a tree into an addressable array of voxels and for throwing augmented fireballs. He is a curator of the ScreenLab Residency and ScreenLab Conference programmes, which develop digital media arts practice, and encourage the dialogue between digital and contemporary art cultures.

He applies his academic background in physics to produce sense-able interfaces with abstract systems, whilst applying a methodical approach to artistic enquiry. Elliot is a contributor to the openFrameworks project (a ubiquitous toolkit for creative coding), and an open source contributor to the VVVV platform. His code is available open source and for free on GitHub. 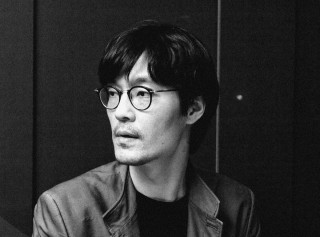 Woon Seung Yeo is a bassist, media artist, and computer music researchr. He is a professor at the Korea Advanced Institute of Science and Technology(KAIST), and leads the Audio and Interactive Media(AIM) Lab and the KAIST Mobile Phone Orchestra(KAMPO). Mr. Yeo has received B.S. and M.S. degrees in Electrical Engineering from Seoul National University, M.S. in Media Arts and Technology from University of California at Santa Barbara, and M.A. and Ph.D. in Music from Stanford University.

His research interests include audiovisual art, cross-modal display, musical interfaces, mobile media, and audio DSP. The results of his research are commonly shared by exhibitions and performances in the public interest. 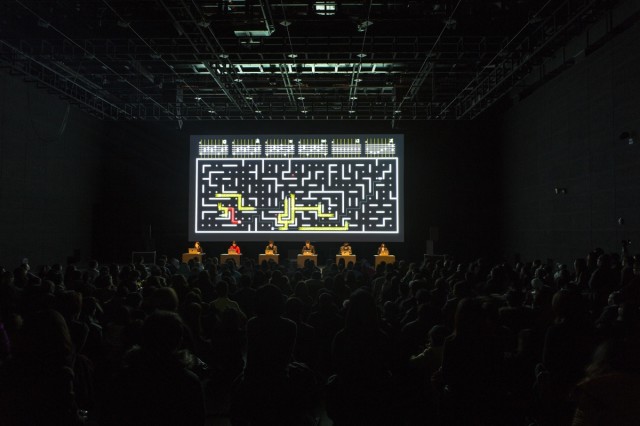 Tacit Group was formed in 2008 to create work centered on the algorithmic and audiovisual. Their algorithmic art is focused on process more than outcome. They create mathematical code, systems using principles and rules, and improvise performance on the stage using the systems. During the performance the systems are revealed visually and sonically, so that the audience might hear using their eyes, such as the way we view “The Scream” by Edvard Munch (Norway, 1863-1944). Visuals are integral to their work as both composers and media artists.

They hope that by showing not only the finished piece but the process of chatting or gaming which generate it, they involve their viewers more intensely and break the conventional divide between performers and audience members. None of their works is ever completed. They continually update the underlying systems and draw inspiration from their computer programming practice. As artists of our era, they discover artistic possibilities in technology. 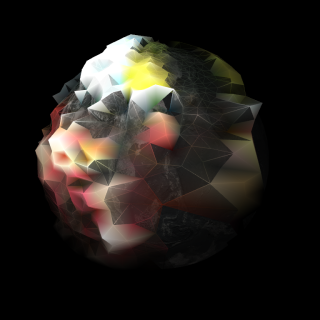 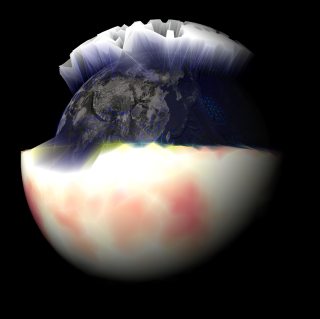 Jihoon Byun is a media artist and a adjunct professor at the Korea Advanced Institute of Science and Technology(KAIST). He has received BFA degree in Industrial Design, MFA and Ph.D degrees in Design from Seoul National University. Byun explores formative characteristics of the electronic media, using programming languages. He made interactive installations such as ‘Deuk-um(2012)’, ‘Wind(2006)’, ‘Haeundae(2008)’ etc. He has exhibited in Seoul International Media Art Biennale in Korea, Experimental Vanishing Point in Australia, National Review of Live Art in UK, and Printemps Perfume(Chunhyang) in France. His artwork is being exhibited in IFC Seoul in Yeoido. 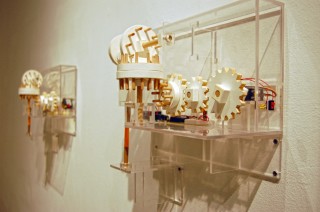 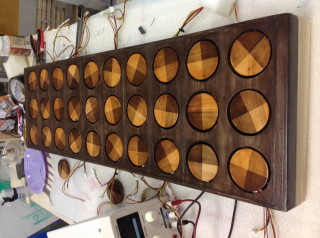 Sunghun Kim is a media artist and a member of Randomwalks, a multi-disciplinary data visualization studio carrying out data visualizing projects. Dealing with live data sets in various media formats, randomwalks is reimagining how humans relate to technologies, to societies and cities, and to environments. Artists in diverse field have been collaborating in this studio designing and developing applications of data visualization for architectures, performances, arts, etc. As a member of this group, Kim visualizes the data of everyday life, cities, and social environment in order to create changes in people’s minds and behaviors.

Hyeki Min is a media artist and sound designer, interested in physical computing. She is now an Adjunct Professor of Ewha Womans University. Min received B.A. in Multimedia from Ewha Womans University and M.P.S in Interactive Telecommunications Program(ITP) from New York University. Her artwork ‘LinkCube(2009)’ has been exhibited in ARS Electronica Festival in Linz and her sound sculpture ‘SoriSu(2008)’ has become a finalist of Guthman Musical Instrument Competetion at GT Center for Music Technology in Georgia and has been exhibited in New Interface for Musical Expression at Carnegie Mellon Universit in Pittsburgh, US in 2009.

The Cross Media Lab is a center of excellence for interactive and digital media to create the future of digital interaction. Our lab features an integrated and multidisciplinary approach to the arts with a focus on the use of experimental and electronic media in artistic creation and performance. People in the Cross Media Creative Lab come from various fields such as fine art, computer science, industrial design, dance, music, architecture, mathematics, social science and management. 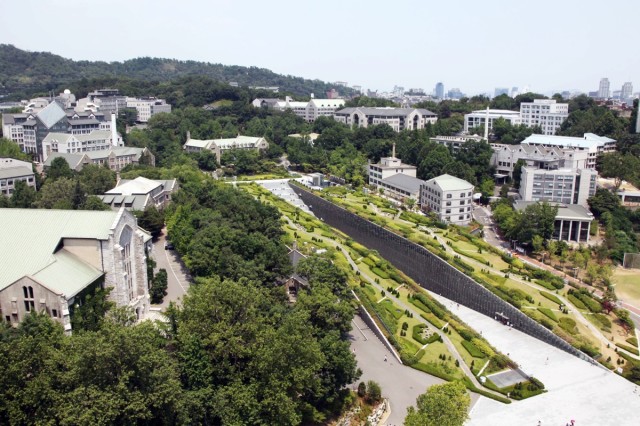 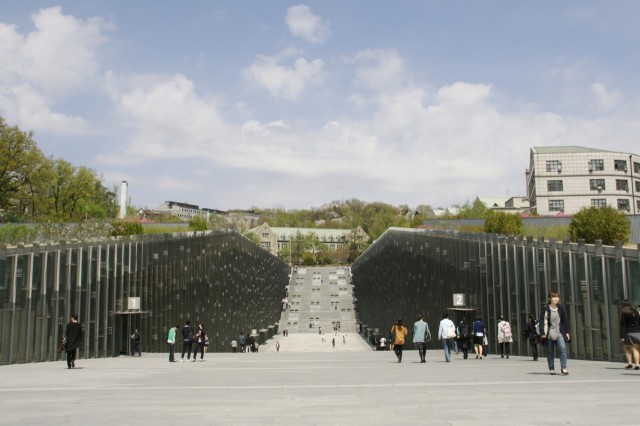 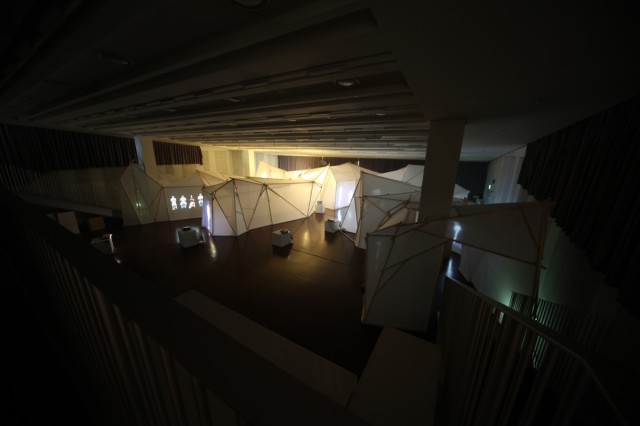 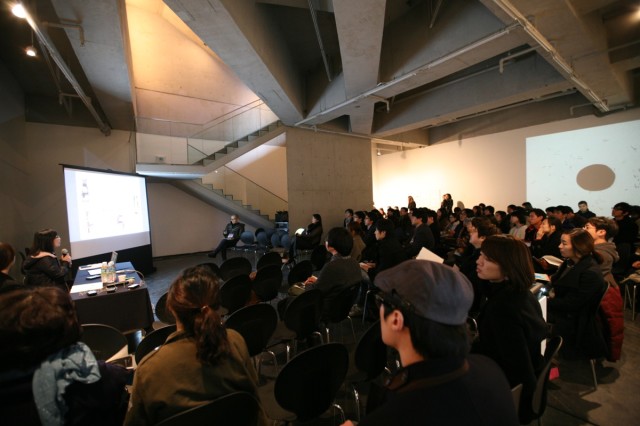 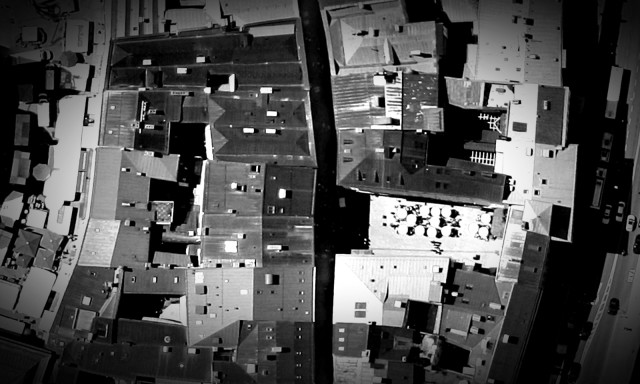 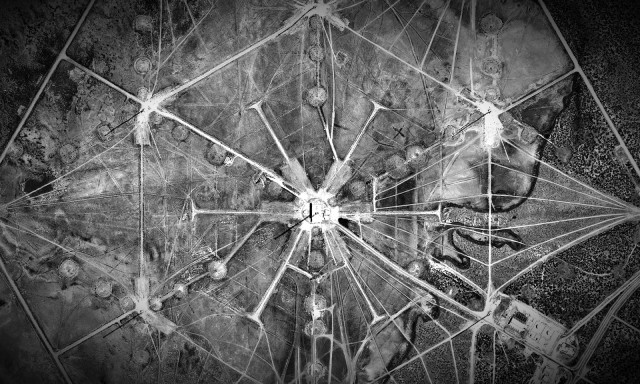