Skip to content
Press Enter / Return to begin your search.
[dark_box]On May 15 and 16 FIBER returns with the third edition of FIBER Festival, taking place at A Lab and Radion (Amsterdam), featuring an excellent selection of critical and inspiring art, DJs and live acts.[/dark_box]

After three years of organising smaller events, such as Coded Matter(s) and Bring Your Own Beamer, the Amsterdam based organisation will present a new edition of its festival as a meeting point for admirers and makers of audiovisual art, digital design and electronic music.  This edition is focused on the theme The Subterranean: Exploring Networked Tools and Matter, and questions the often invisible influence of digital technology on our daily lives.

For the 2015 edition of the festival CAN is working with FRAMED* and FIBER team to showcase the work of artists from the FIBER network on the revolutionary internet connected displays. In addition, CAN will be chairing a FRAMED panel at the symposium at A Lab (Saturday May 16), discussing the influence of digital tools and autonomous systems on the production and distribution of art & design.

Digital methods, such as alternative currencies, blockchain encryption, crowd sourcing and Big Data of taste are used as artistic techniques. But who are the owners of digital or internet artworks; and what influence does digital distribution of art have on concepts such as authenticity and autonomy? Can the frame (whether physical or digital) in which we view or distribute an artwork also be called art, or is it only a technique? This discussion panel will be organised in collaboration with FRAMED and will be hosted by Filip Visnjic.

Other FIBER festival participants include Peter Kirn & Matthew Plummer-Fernandez, DJ sets and live performances by; Felix K, Neel, Convextion, London Modular Alliance & Microseq and artworks, such as Kepler’s Dream and Bitcoincloud and many others..

Read more about the full programme at the festival website: http://www.fiberfestival.nl 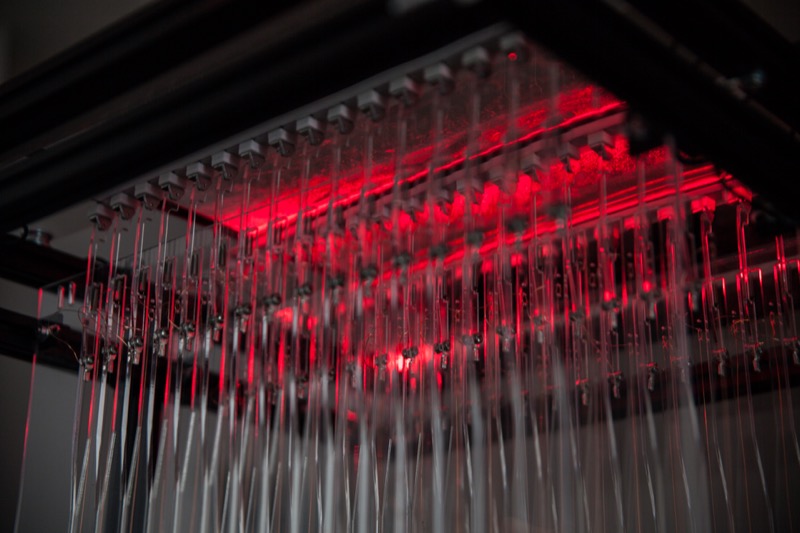 With The Subterranean theme FIBER Festival has a devised a metaphor to explore the politico-aesthetics of our digital world. In an extensive programme covering two days, the visitor can immersive him or herself in the shadowy world of new aesthetics and interactive forms, created by artists whose toolboxes extend to online communities, dark patterns, data and algorithms.