Join us at the 13th edition of Mapping festival (May 11 to 28) in Geneva, Switzerland, for an eclectic exhibition, workshop, and performance programme and – a Mapping first – the two-day forum “Paradigm Shift”.

While still true to its roots in the VJ, audiovisual performance, and club culture of the mid-2000s (its inaugural 2005 edition was pitched as a “VJing festival” and the A/V programme remains the festival’s backbone), Mapping has come a long way. Now an internationally recognised summit for digital art and culture, the Geneva-based festival for “visual audio + deviant electronics” has not only hosted leading artists and designers (including many CAN favourites such as Joanie Lemercier, Hiroaki Umeda, Herman Kolgen, 1024 Architecture, Quadrature, and Nicolas Bernier) to install and perform work, but consistently expanded its platform to foster conversations around technology, media, and culture as a whole. For the already-in-full-swing 2017 edition Mapping _ Digital Shifts, the team around curators Ana Ascencio and Justine Beaujouan pushed the envelope further yet. In addition to Mapping EXPO (an exhibition conceived by the Paris-based collective DISNOVATION.ORG), Mapping LAB (a series of workshops and masterclasses), and Mapping LIVE (the festival’s expectedly strong audiovisual performance line-up featuring, among others, Mark IJzerman, Tarik Barri, Martin Messier, and Rainer Kohlberger), this year’s edition premieres Paradigm Shift, a two-day forum that “takes a stand.” Themed Technology Now, Society Tomorrow, and the Religion for a Brave New World, curator Carmen Salas (of Alpha-ville fame) brings together twenty-four artists, designers, curators, journalists, decision makers, and researchers to “explore the complex relationship of human-machine interaction, and the ways in which technology and the Internet are transforming culture.” We are honoured to participate (see further below).

↑ Presque Vu, Mark IJzerman’s AV set to be performed during Mapping’s A/V Night on May 24th

The substantive heart of this year’s Mapping is undoubtedly the inaugural edition of “Paradigm Shift,” an international forum for artists, designers, journalists, cultural producers, and researchers to ponder the state of culture and society through talks, presentations, panels, screenings, and interactive sessions. While the festival has always made room for discourse and discussion, curator Carmen Salas’ dedicated platform brings things a lot more into focus – and isn’t shying away from difficult topics either. From the challenges for cultural producers to create within a “continuously shifting cultural landscape eroded by economic instabilities, corporate agendas and the banalities of trends” to the need for “initiatives and programmes that enable refugees and the disenfranchised to participate in the creative process” to the persisting lack of gender diversity in our and other fields – over the course of two days, May 24 and 25, a total of twenty-four speakers will discuss “what it means to be human in an age where technology is becoming an all-powerful tool that controls our minute-by-minute existence and shapes our bodies, brains, identities and even our sexuality.”

Centred around timely questions on navigating uncharted territories at a time of rapid change, day one is jam-packed with thoughtful practitioners and experts: we’ll hear from The Near Future Laboratory co-founder Nicolas Nova (about “Magical Thinking, Contemporary Superstitions, and Digital Technologies”), head of Arts@CERN Mónica Bello, artists Martin Howse, and Semiconductor (on “Revealing the Unseen” where art and science intersect), The Entrepreneurial Refugee Network’s (TERN) Charlie Fraser, LABoral’s Lucía García Rodríguez, the Public Library of Amsterdam’s programme director Bert Holvast, and TodaysArt’s Olof van Winden (on cultural networks and mobility programmes); artistic director of the Greek incubator BIOS Vassilis Haralambidis, Beatrice Pembroke of the British Council, and ATÖLYE co-founder Engin Ayaz (on “Building Innovation through Human Ecosystems in Cities”). Last but not least: curator Nora O’Murchú will chat “Digital Art and Digital Futures” with We Make Money Not Art’s Régine Debatty, the director of HeK House of Electronic Arts Basel Sabine Himmelsbach, and our own Alexander Scholz, founder and creative director of HOLO.

Addiction, identity, love, consciousness, AI – day two’s speakers take a hard look the costs of progress, the state of ethical frameworks, and the repercussion of ubiquitous technology that is both in service and in control. Participants include: The Guardian digital culture journalist Leigh Alexander (on “The Big Disconnect”), science and technology journalist Chris Baraniuk (on “Social Standards: Has Social Media Lowered the Bar for Humanity ?”), researcher, curator, and body>data>space and Women Shift Digital Creative Director Ghislaine Boddington (on digital intimacy and “Future Love — The Internet of Bodies”), and artist LaTurbo Avedon (on identity ambiguity and expansion, avatars, and “the path ahead for life inside the Internet”).

The Forum closes with the screening of Werner Herzog’s Lo and Behold: Reveries of the Connected World documentary, followed by a participatory session with speakers Chris Baraniuk, Ghislaine Boddington, Leigh Alexander, and Forum curator Carmen Salas, where the audience will have the opportunity to share their ideas in relation to the documentary.

↑ Werner Herzog’s Lo and Behold: Reveries of the Connected World will screen during the Forum’s closing session.

A predictive art bot, pirate books and cinema – DISNOVATION.ORG’s solo show surveys media’s dysfunctions, limitations and failure thresholds. Billed as an “autopsy of the ideology of technological innovation,” the collective’s instigators Nicolas Maigret and Maria Roszkowska present installations, publications, and ongoing research projects side-by-side. Among the works are Predictive Art Bot, a connected intellectual prosthesis that produces concepts of radical art works, Blacklists, a random journey within the prohibited Internet, revealing the moral contours of the network, The Pirate Book, a compilation of alternative practices for the distribution of cultural content around the world, and Shanzhai Archeology, a collection of hybrid and nonstandardized technological objects that invites us to reconsider Western technological imaginaries. The exhibition opened on May 11th and will be on view through May 28th. 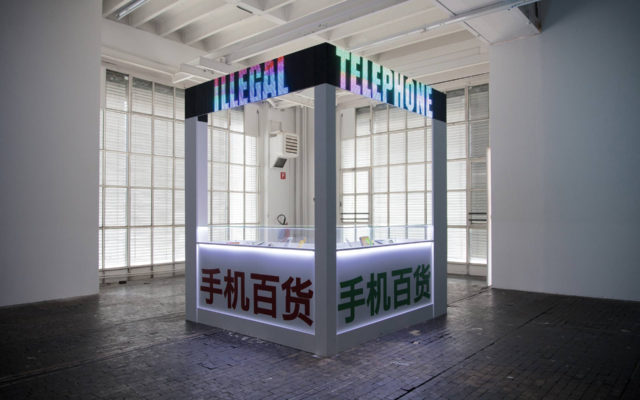 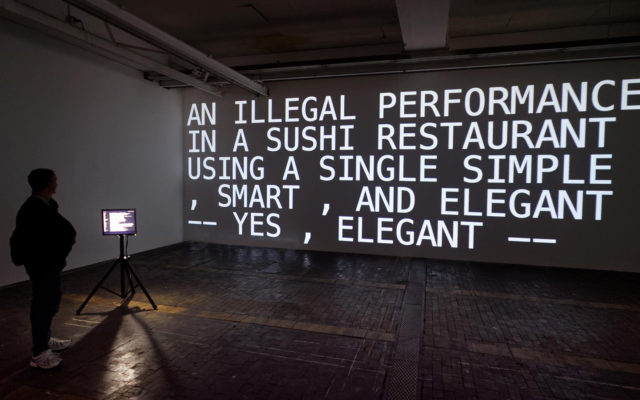 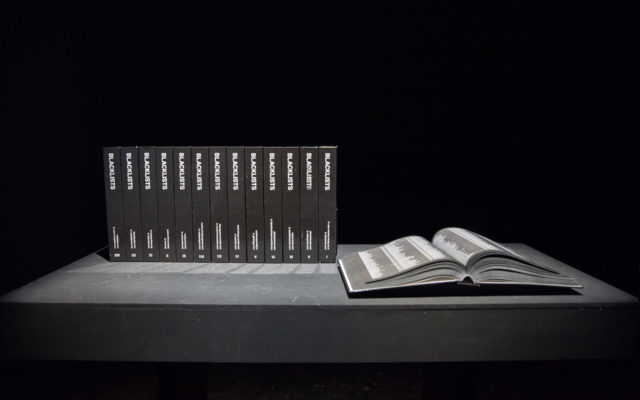 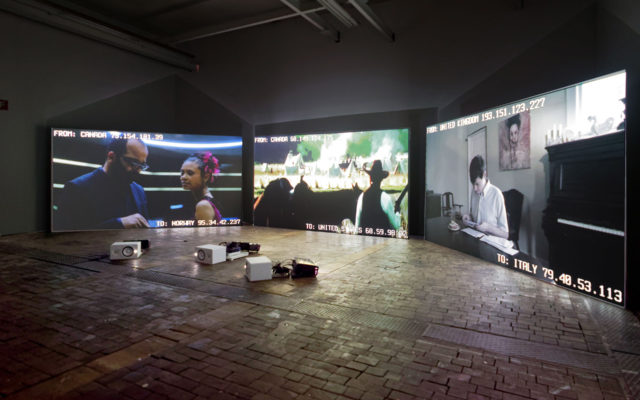 Mapping LIVE: A and V

Given Mapping’s origins, it’s no surprise that the festival’s A/V night-time programming is stellar: sound and performance artist Mark IJzerman will ‘play’ his emergent video synthesizer to create “16mm film burning in reverse” sensations with Presque Vu. Visual artist and software developer Tarik Barri will do double-duty together with sound artist Lea Fabrikant and musician Paul Jebanasam to perform Versum and Continuum (arguably 2016’s most celebrated audiovisual performance) on two different nights. Media artist Maotik will unleash GPS data fed soundscapes and visuals in the surveillance drone-inspired journey-like performance AERYON while visual artist (and filmmaker) Rainer Kohlberger’s Brainbows is set to “overload of the human perception apparatus” with noise, drones and stroboscopic lights to generate visual impressions that are exclusive to, quite literally, the eye of the beholder. Less conventional stage set-ups can be expected from sound artist Martin Messier, who will play FIELD’s two crude connections patches (constantly switching different inputs to different outputs), and electronic musician Alex Augier, whose _nybble_ (a modular synthesizer at the center of a projected-on cube) offers an “quadriphonic and quadriscopic” experience.

Mapping hands-on: you can still sign up for a series of workshops and masterclasses that happen throughout this week. Learn about various techniques of 3D Mapping (a 4-day workshop that begins May 23rd and ends with a public screening at the Geneva’s Museum of Art and History) or the nuts and bolts of interactive installations (a 2-day workshop starting May 23rd that teaches tangible interaction, animation, autonomous video-mapping, and open-air video games). Also on the card: introduction courses and masterclasses for using TouchDesigner in a performance context and for content creation for spherical environments, all led by Montréal’s Maotik (who also performs in the A/V Night programme).

Finally: HOLO 2, the second edition of our periodical on “emerging trajectories in art, science, and technology,” will be available at Mapping festival through May 28th. Look for it at the DISNOVATION.ORG exhibition space and Mapping headquarter ACT (Le Commun – BAC). 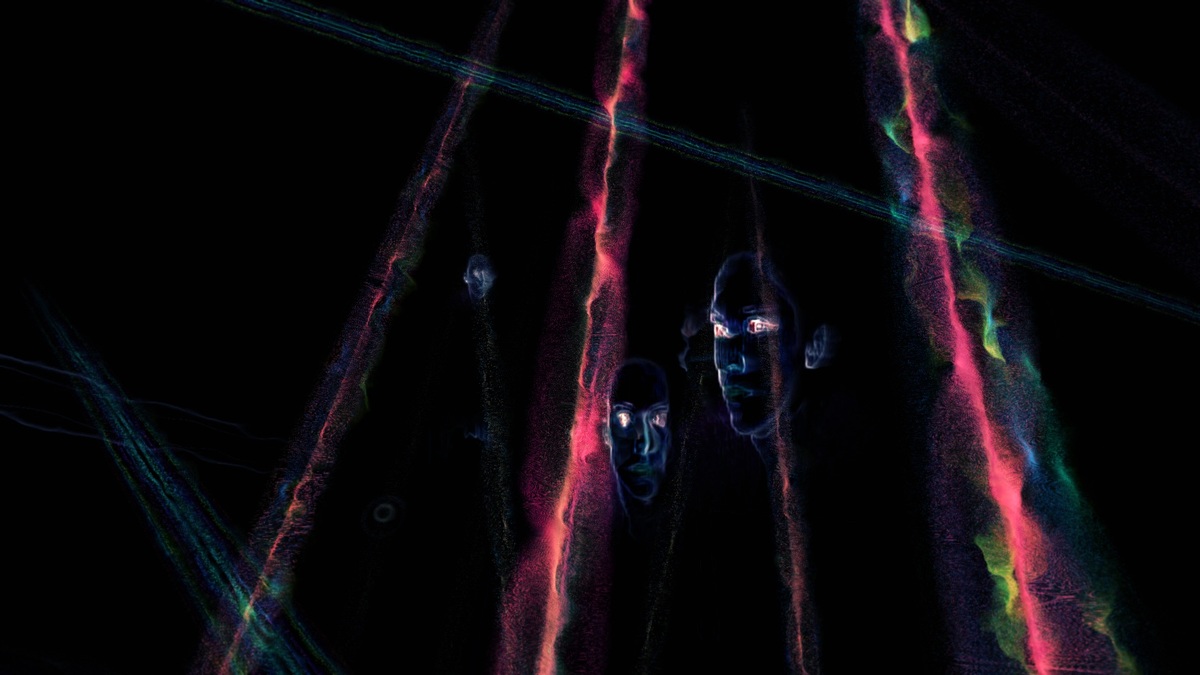 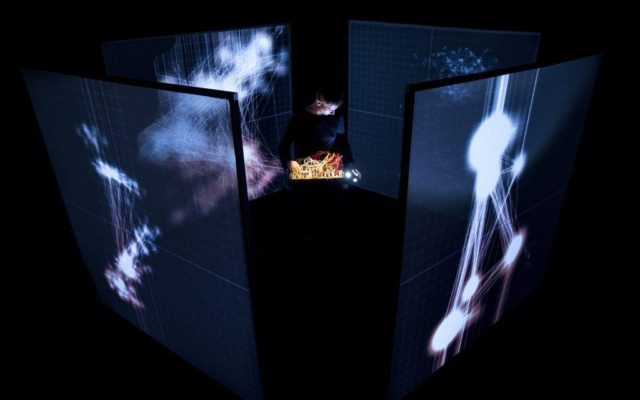 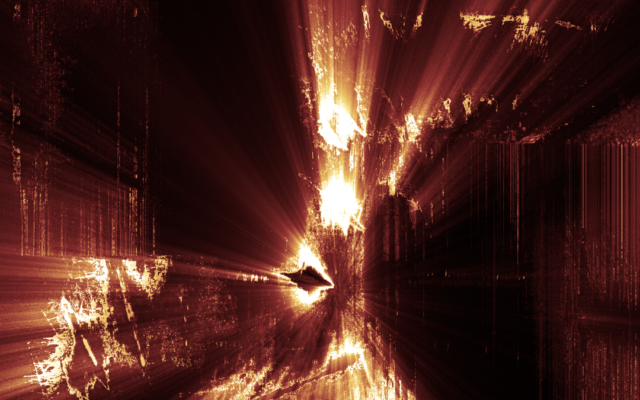 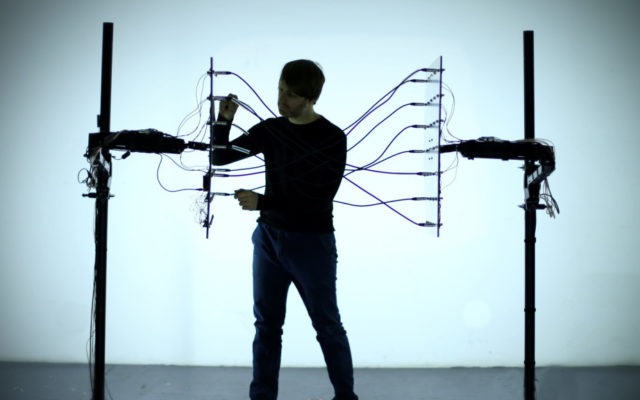 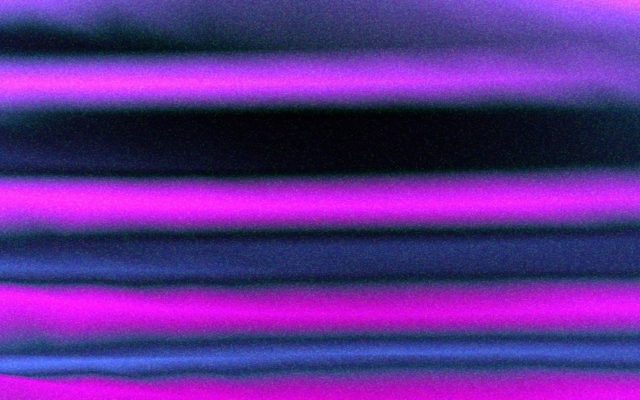 Link and Spell is a new word game for the iOS by Ramin Afshar now available in the App Store. It is a mashup of…