Starting today (27. April – 3. May 2015), the international NODE – Forum for Digital Arts in Frankfurt assembles international participants and speakers in the areas of design, art, culture and science, who newly define borders of design and programming.

Focused on the advancing melding of the human body with technology, the festival will take up the current debate regarding its fundamental effect on our society and will take a look at the future. During the day, the Naxoshalle, in over 50 programming workshops, will offer practitioners a forum in which to experiment with digital technologies and to exchange know-how and techniques. Parallel at the Künstlerhaus Mousonturm there will be lectures, concerts, performances and an exhibition, all to do with the keynote of NODE15. The Mousonturm will be the stage on which the artists, designers and developers present their drafts of the future, the interconnected body and their interpretation of digital interactive media. They will also invite the interested public to discuss the guiding theme with them.

vvvv at its best – NODE15 offers over 50 workshops, in which to learn and deepen your knowledge of the multiple application possibilities of the visual programming language vvvv. The offer extends from introductory courses into generative designing with vvvv, exploring the possibilities of 3D tracking technologies such as Microsoft’s Kinect v2 or the virtual reality glasses Oculus Rift, to courses for advanced users interested in programming Shaders or PlugIns. The workshop program was designed in close cooperation with the most active members of the international vvvv-community. They share their knowledge in 3-hour units with the participants, who can follow and test what is being taught step-by-step on their laptops. The focus will be on forms of generative design. The essence of this design method is that the output – for example a picture, a sound, an architectural model, an animation – is generated by an algorithm, that is, a set of rules which allow designers to create and visualize highly complex models. Generative designing by means of visual programming languages like vvvv are trend-setting and continually increase in importance because they are relatively easy to learn and hence allow users with little programming experience to realize their ideas in different areas.

The exhibition joins artistic positions that address the transformation of the complex relationship between the human body and technology. International artists will show utopian and dystopian body images, refer to past and present visions, give insight into what is already technically possible and sketch future scenarios of a critical approach to the technologies that surround us. In so doing, ‘The Informed Body’ shines a light on the different levels on which art and design grapple with the theme of the festival. Numerous artistic media are deliberately brought together to initiate interactive and contemplative intersection between art and observer.

The software work pplkpr by Lauren McCarthy and Kyle McDonald transforms the NODE15 forum into a group experiment and offers the festival participants an alternative application scenario for the quantification of their body signals. The app optimizes the friend-lists of our social networks according to the bio-feedback of the user; ppl kpr has learned which contacts do us good and which don’t. By contrast, in their performance and installation10VE the artist couple Antoni Rayzhekov and Katharina Köller include the audience in their relationship. Here the technique not only involves the onlooker in the intimate relationship of the couple but visualizes and sonificates the physical reactions of the artist during the performance.

The exhibition reflects the interplay between intimacy and estrangement, between pervasion and demarcation, that constitutes our relationship to the technologies surrounding us: the body extensions crafted by Susanna Hertrich sketch ambivalent wearable-utopias intended to refine our senses and to mitigate the diseases caused by civilization. By their historicizing aesthetic they refer to the body experiments of the past. The seductive fashion-tech-accessory NECLUMI by the Polish art collective panGenerators stands in contrast to this. Here the fleeting jewelry of light reacts to the varying frequencies of the human voice and plays back onto the wearer’s body an interpretation of her present emotions.

Further, NODE15 shows artistic positions that develop visions of how to use virtual reality devices such as Oculus Rift. In their Machine to be Another, for example, BeAnotherLab put virtual body transition to the test and consider the empathetic potential of getting-under- another’s-skin.

A new work by the Viennese Duo Depart, specifically commissioned for NODE15, will occupy a prominent place in the Naxoshalle. In an expansive, room-filling installation the artists ponder the moment of physical immersion, of submerging through membranes into diverse physical states of being. ‘Famous New Media Artist’ Jeremy Bailey will cause the audience’s body to sweat with his installation developed especially for the festival – the exhibition thus materializes and comments on this year’s leitmotif in its ambivalence between the promise of a comfortable, optimized world and the examination of our unease in view of the uncanny valley.

In the hackspace, the visitors will be able for the first time to get their hands on FRAMED* devices. In collaboration with NODE15, FRAMED* have developed a custom platform enabling all visitors to NODE to submit artworks that will be exhibited for the full duration of the event. You can upload your artworks in either vvvv45_beta33.7_x86 or vvvv.js format and the team has created a template for vvvv45 that provides a simple setup to start from. Read this blog entry on vvvv blog for more information. There is also a talk session by CAN’s Filip Visnjic on FRAMED’s history and roadmap. For more info, see here. 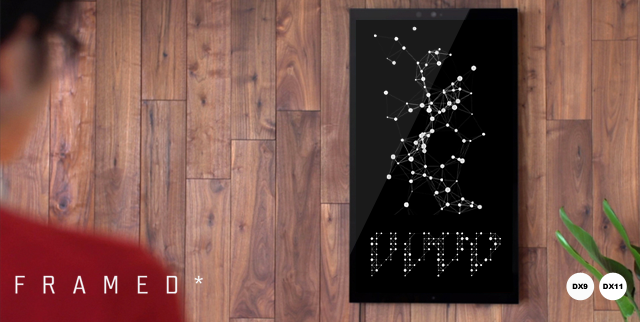 The symposium will be the moment when the workshops and hack-spaces come to a halt, in order to pause and to take positions. The curator Sebastian Oschatz has assembled researchers, designers, artists, musicians and journalists to discuss the increasing fusion of the human body and digital technology, and to take a look at the future. And though the laptops will be closed the focus of the symposium will be on practice: the question posed will be regarding the societal changes caused by increasing interweaving of our physicality with digital media.

Digital Art’ has been attracting a lot of attention from the art market, collectors and museums alike in the recent years. Will this sudden shift create new opportunities for artists working with code and those actively exploring and critiquing digital technologies to address a new and broader audience? This panel titled “Nodes in the digital Art world” brings together four people who deal with different aspects of the topic in question. Filip Visnjic, the founder of CAN/HOLO and platform director at FRAMED* will be joined by Manuel Rossner, who runs the online gallery cermâ where he hosted various exhibitions that extend real world locations to discuss “Nodes in the Digital Art World”. Also participating are Carolien Teunisse and Sabrina Verhage,, two artists from the Netherlands who work at the intersection of art and technology.

If you still haven’t got a copy of HOLO 1, it will be available at the main ticket desk throughout NODE15. Do not miss a chance to grab one of the few copies left. HOLO 1s are going fast! 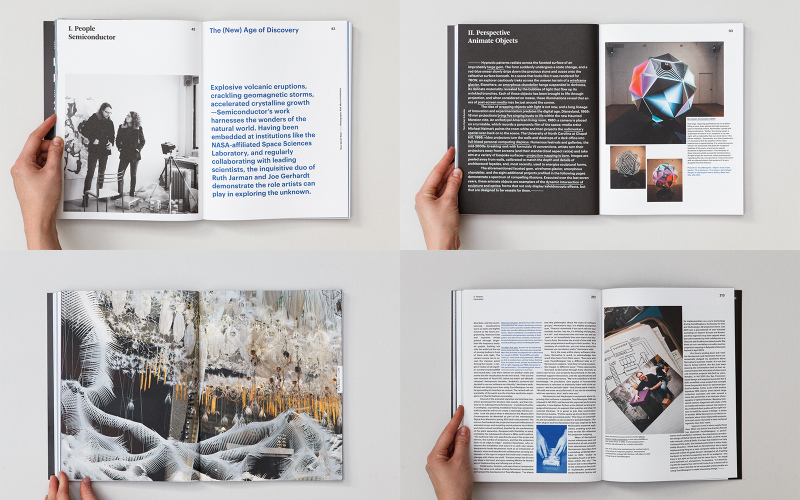 This is just a small selection of events taking place at NODE. For full list, see node15.vvvv.org 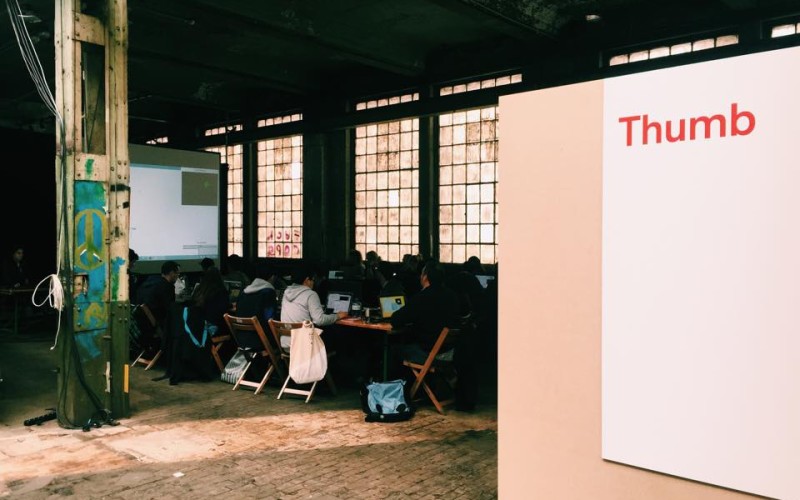 Almost three years since their last edition, the new edition of ‘NODE13 – Forum for Digital Arts’ takes place next year, 11-17th February, in Frankfurt, Germany. The festival comes with the key topic ‘The Rules – Examining code as shapeable cosmoplastic material’ and it invites visitors for the week-long festival of digital art and interactive culture. “After…