CAN and Swiss artist and designer Jürg Lehni will join an eclectic cast of international creators at this year’s OFFF MX (24 – 26 September) to “feed the future”.

Among the many international art and design festivals there’s nothing quite like OFFF. Founded in Barcelona over a decade ago, the annual (and sometimes touring) conference has consistently been on the bleeding edge of creativity without ever trying too hard to define what that means. Instead, founder Héctor Ayuso and team invite both visitors and participants to “feed the future” and let the all-star cast of past presenters speak for itself: from graphic designers and typographers (Stefan Sagmeister, Erik Spiekermann, Neville Brody), to illustrators and character designers (123Klan), to animators, filmmakers and motion designers (Aardman, GMUNK, Dvein), to many media art and CAN favorites (Casey Reas, Golan Levin, Daito Manabe, United Visual Artists, Random International) – OFFF rigorously cuts across the creative spectrum in search for an eclectic mix. As the festival’s status has ascended to ‘unmissable’ in Europe, an exciting overseas off-shoot is entering its forth year: co-produced by local interaction design studio COCOLAB, OFFF MX brings the festival’s winning formula to Mexico City – and we’re excited to be part of it this year.

On Saturday, OFFF MX’s final day, our own Alexander Scholz (contributing editor on CAN, Creative Director of HOLO), will share the stage with HOLO 2 featured artist (designer, educator, toolmaker) Jürg Lehni (CH). Known for influential projects such as the scripting plugin for Adobe Illustrator Scriptographer, the vector graphics scripting framework Paper.js and a whole family of idiosyncratic drawing machines (the ‘as seen at MoMA’ Hektor and subsequent siblings Rita, Viktor and Otto), Lehni’s singular practice demonstrates that a machine can be both elegant tool and poetic piece of art. In a bit of an unconventional format, Scholz and Lehni will not only share insight into their respective work, but engage in a timely conversation about how tools shape our thinking and making, the role of craftsmanship and materiality in the (post) digital age and how today’s powerful digital inventories can both unleash and stifle creativity.

Beyond the top-down part of the program, OFFF has always also been hands-on. In a series of pre-conference workshops, many of this year’s speakers will teach participants about branding, crafting, drawing, tinkering, and design. CAN readers at OFFF MX will be particularly excited about opportunities to learn how to build interactive physical objects with Ivan Abreu, (sound) responsive environments in vvvv with Abstract Birds and DeFrame, ‘Internet of Things’ applications with Alpha-ville, or a robot “with a soul” with Jan De Coster.

With merely one week to go, OFFF MX’s artistic director Josué Ibáñez’s excitement knows no bounds. In an email he tells us: “I couldn’t be more thrilled about what we have in store this year. Mexico is rife with creativity, but given what’s happening on the global stage we forget that occasionally. That’s why festivals like OFFF MX are so important: seeing top Mexican and international talents share their work within the same event reminds us of our own creativity and that the tools available to us, whether analog or digital, are just waiting to be used (and pushed). It’s our diverse mix of speakers that is particularly valuable to local audiences, many of which are students, and hopefully it will inspire the next generation of artists and designers in this part of the world. That’s why, for the last four years, we tried to keep our ticket prices as low as possible ($23 to $29 is a pretty good deal, I think). In addition to the Mexican audience, however, we are seeing more and more people coming to OFFF MX from the US, Canada and Latin America, which is an unexpected but wonderful development, as it shows that we succeed at what we set out to do: build bridges for creators and celebrate creativity.” We can’t wait!

OFFF MX 2015 is co-hosted by Mexico City-based interaction design studio COCOLAB. See them use 17 laser projectors to visualise audio inside a sphere in their installation Cycle here. 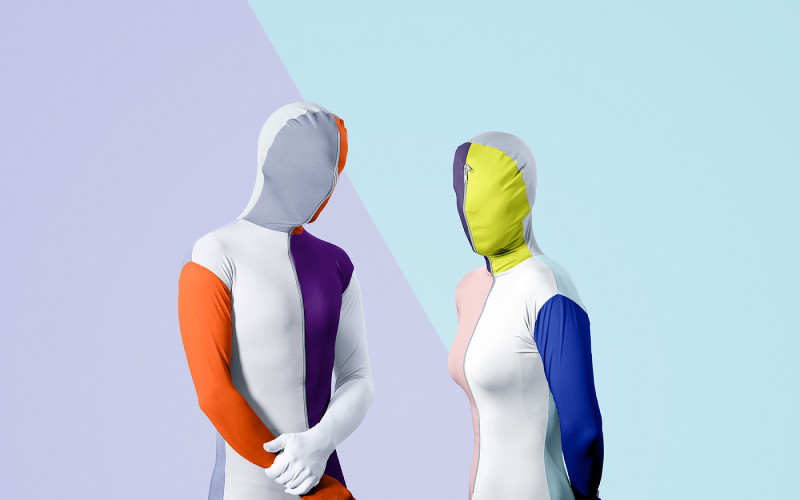