Created by Florian Born, Modulares Interface B.A. is a physical interface for iPad comprised of knobs, buttons and sliders to provide precision and haptic feedback when operating a digital interface.

These controllers expand the usage of a touch device with a haptic feedback while adjusting parameters. By using magnets, the different controllers can easily be arranged onto the iPad. A modular interface appears, which uses a given device just like the iPad. The system is comprised of three different parts – the physical controllers (button, slider and knob), made out of conductive aluminium to pass on the electrical discharge of the human skin. Second, a frame, made out of aluminium and plastic, in which the iPad is inserted. The edge of the frame has embedded magnets, making it possible to position the controller precisely. Finally, the software, running as an app on the iPad which organizes the control elements and sends the parameters to the corresponding software, which is controlled by the modular interface. 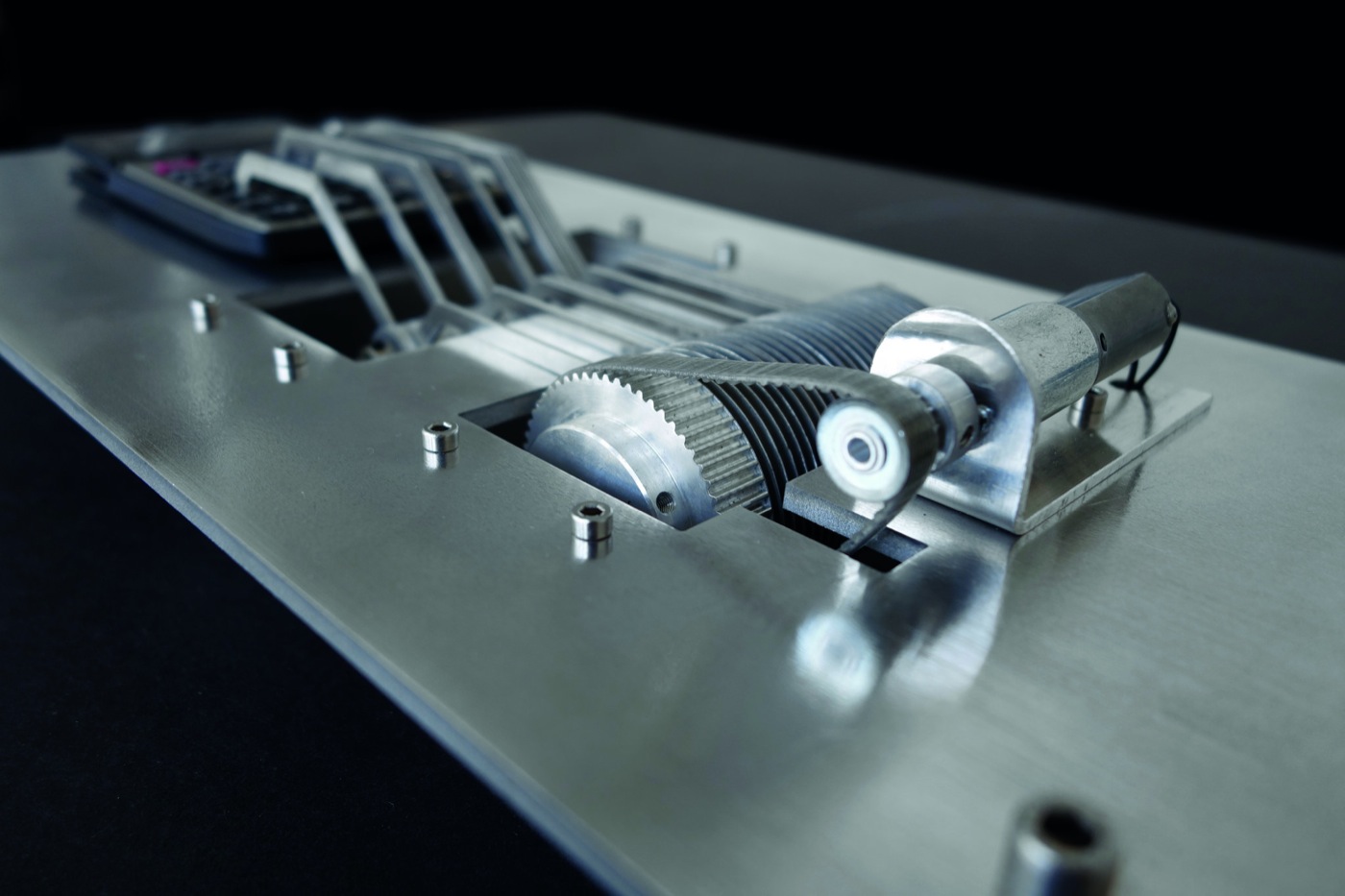 Mechanical Pi – In memory of William Shanks is a computing machine that replaces the repetitive task of writing pi by hand back into a physical, mechanical process.