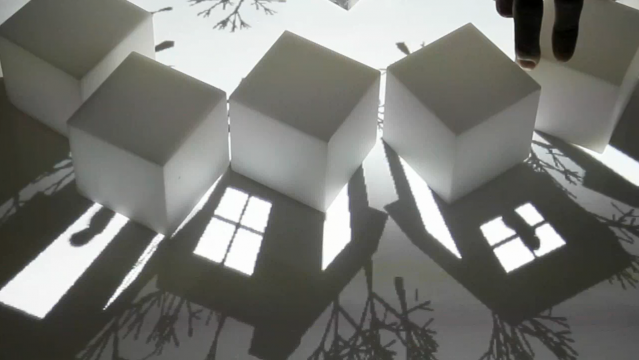 Augmented Shadow is a design experiment producing an artificial shadow effect through the use of tangible objects, blocks, on a displayable tabletop interface. The project plays on the fact that shadows present distorted silhouettes depending on the light. Augmented Shadows take the distortion effect into the realm of fantasy. Shadows display below the objects according to the physics of the real world. However, the shadows themselves transform the objects into houses, occupied by shadow creatures. By moving the blocks around the table the user sets off series of reactions within this new fantasy ecosystem.