Scientists estimate that modern telescopes can look as far as 46 to 47 billion light-years into space. But the images they return aren’t the ones that make the headlines. The ‘observable universe’ is a mediated one: the spectacular views we typically associate with deep space—orange gas giants, sprawling nebulae, crisp star clusters—are heavily edited, colored and stitched together from crude telescope data rarely seen outside the vaults of research institutions. In their latest work, Brighton-based artist researcher duo Semiconductor (Ruth Jarman & Joe Gerhardt) pulls back the shiny veneer of cosmology by animating the source material: Catching the Light (2014) collages thousands of raw telescope images into a sculptural projection that ponders scientific inquiry, technology and representation.

Currently installed at the ArtScience Museum at Marina Bay Sands in Singapore as part of the Da Vinci: Shaping the Future exhibition, Catching the Light spills across a six meter wide Alucore array of screens. In a 14:16 minute loop, familiar phenomena—gas giants, sprawling nebulae, star clusters—appear and disappear. But the images are black and white, grainy, otherworldly, if not eerie. These captivating time-lapse sequences were assembled from visual data obtained from the Mikulski Archive of Space Telescopes (MAST). Neither uniform nor intended to be used for animation, Semiconductor worked with programmer Julian Weaver of Finetuned Ltd to process, sort, and align the images. Weaver deployed various pieces of NASA software (i.e. a custom version of Montage, an “Astronomical Image Mosaic Engine”) and batch converters to position images in space and time and prepare the material for After Effects (see two work-in-progress images below and learn more about the process here). 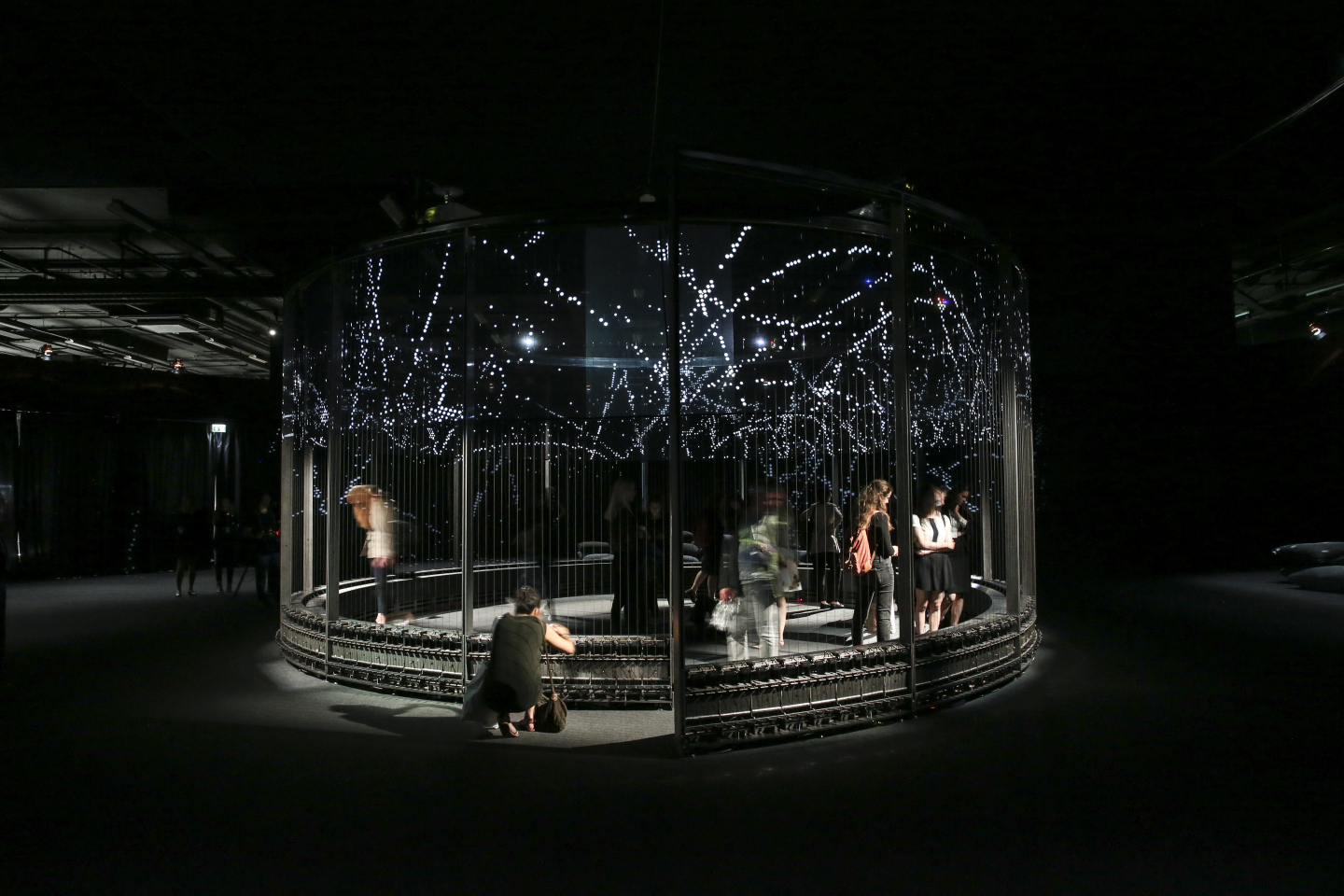 HALO is a large scale immersive artwork which embodies Semiconductor’s ongoing fascination with how we experience the materiality of nature through the lens of science and technology.