Created by Michael Candy, ‘Cryptid’ is an animatronic light sculpture that uses 18 linear actuators to walk through a space. The term ‘cryptid’ refers to a pseudoscientific classification of animals whose existence is unsubstantiated or based on anecdotal evidence (wiki). As human and robotic, natural and synthetic are increasingly amalgamated, the projects questions whether machines could be considered a subspecies (1).

The project went through many titles, concepts and goal changes during its production with the initial idea to create several smaller units that could walk freely, like swarm robotics but much slower. The early concepts of the project imagined the sculpture to walk directly on the glass bulbs, giving them a lifespan in which the work would slowly begin to malfunction and eventually collapse under the broken glass legs. Whereas it was challenging to bring this idea to reality, the final unit uses discrete supports to make walking possible without breaking the glass lamps.

This kinematic sculpture contains 18 active points of articulation and supports a range of 6 different Gait types. The bulbs used are non-standard T12 8ft (2.4 Meter) Fluorescent lamps with custom 3D printed mounts. The sculpture uses open source Phoenix hexapod code. Michael considers an ideal environment for the installation to be a vast indoor space, with ceilings upwards of 3 meters although temporary use in outdoor locations are also possible. The sculpture is powered by 220 Volts, best supplied via the ceiling to prevent cable wear from abrasion. Operating ‘Cryptid’ is a complex task and at present the work can be calibrated and run autonomously with strict de-activation procedures. Though, should a power outage or accidental shutdown occur the sculpture needs to be lifted on the maintenance trolly and re-calibrated. This involves homing all actuators so they can reset their default start positions, a process that can be completed within 10 minutes.

The ‘Cryptid’ project was a direct response to ‘Big Dipper, 2014‘ which has since toured and been presented internationally and sits within the same lineage of ambiguous light creatures Michael has created over the years. This work is his solution to the problem of ‘how can he make the lights move themselves through the space’. Whereas ‘Big Dipper’ was designed to be always suspended, Michael wanted to create work that could flow through space with observers. Currently Michael is exploring simpler solutions to move light through space, prototypes like ‘Seconds‘ attempt to do just that.

Michael Candy works with a vocabulary of robotics, hardware hacking, intervention and video. This didactic practice seeks to mediate the liminal realm that technology oppresses on the physical world. His installations and projects often emerge as social experiments or ecological interventions in public space. Candy has been involved in many international and local projects and exhibitions, notably: The Kathmandu Triennale (Kathmandu, Nepal), Pratt Manhattan Gallery (NYC, USA), The Forum of Sensory Motion (Athens, Greece), The Instrument Builders Project + Hackteria Lab (Yogyakarta, Indonesia) and Hawapi (Huepetuhe, Peru). In 2015 Michael won the WRO Award as part of the 16th Media Art biennale in Poland and later the Prix Cube (Paris, France) with Big Dipper. 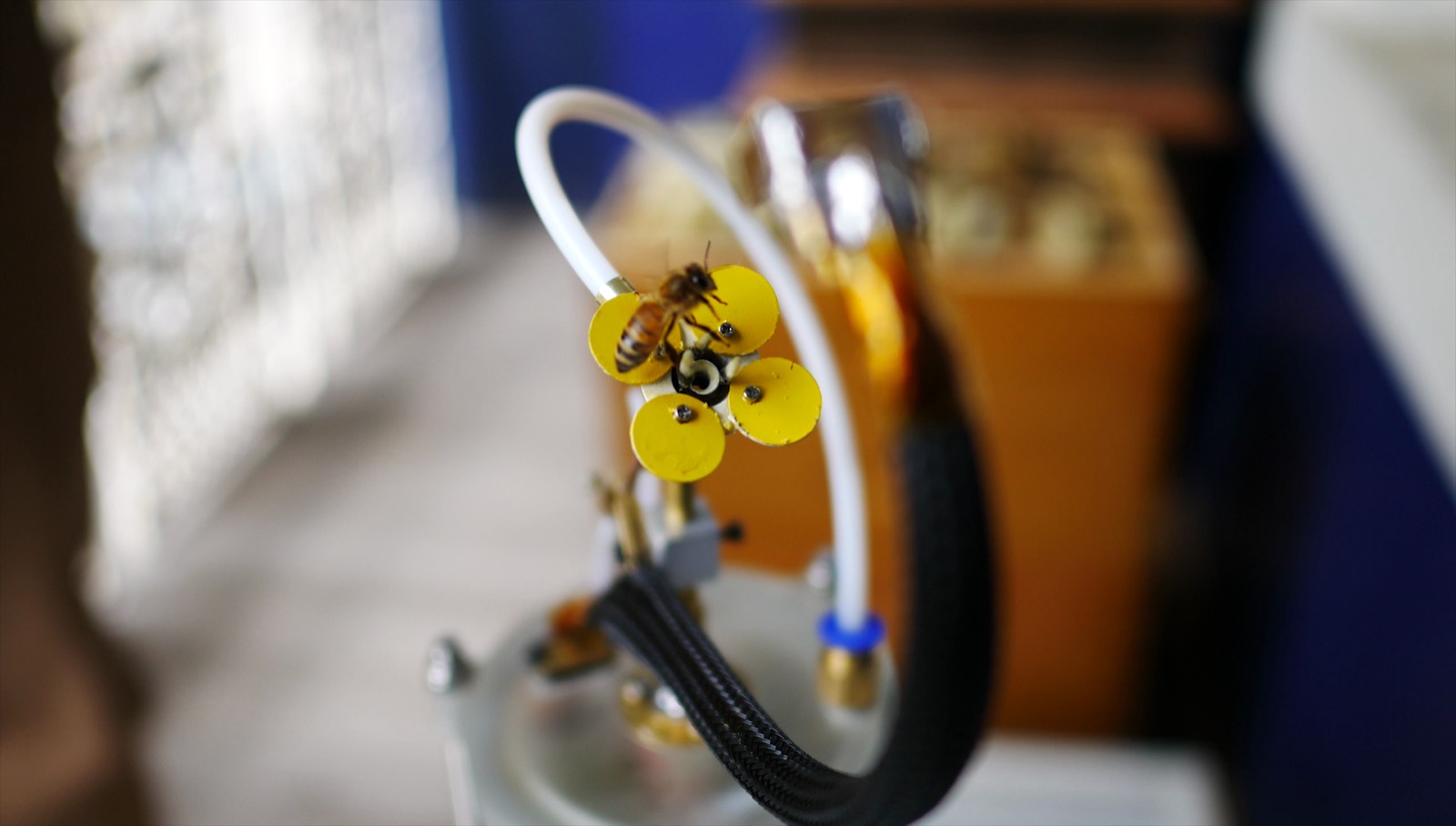