Last year, onedotzero approached Joanie Lemercier of AntiVJ to be part of one of their event, a festival they organised at empac, upstate New York, with a selection of screenings, installations and live performances. The installation, now on show at the China Millennium Monument Museum of Digital Arts onedotzero event, has received fantastic feedback and high acclaim. Just as the team published video describing the project (above), we asked Joanie few questions about the installation. 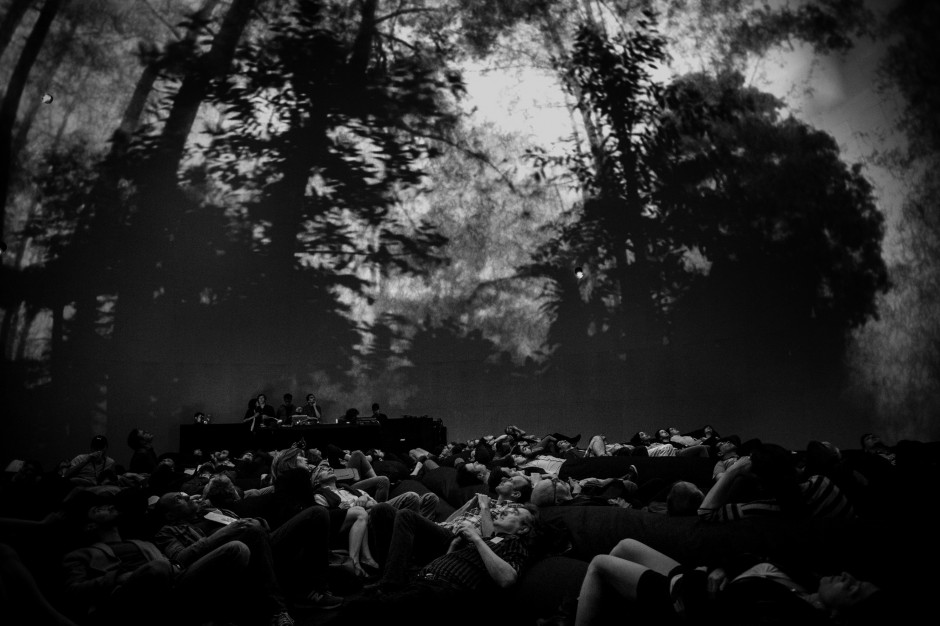 Nimbes is an audio-visual installation designed for 360º immersive environments exploring boundaries between natural and artificial, and questioning the solitary nature of perception and observation and their relationship to both the cosmic and human scale.