Created by Ralf Baecker, ‘Floating Codes‘ is a (work-in-progress) site-specific light and sound installation that explores the inner workings and hidden aesthetics of artificial neural networks – the fundamental building blocks of machine learning systems or artificial intelligence. The exhibition space itself becomes a neural network that processes information, its constantly alternating environment (light conditions/day-night cycle) including the presence of the visitors.

The network consists of up to 500 custom artificial neurons (perceptrons) arranged in a hexagonal topological grid. These neurons are able to register light stimuli and react by sending out light pulses to communicate with other neurons in the space. Signals are looping, mutating, feedbacking, and canceling themselves resulting in a complex and continuous altering of visual and acoustic movements and patterns. The installation places the visitors in the center of the computational dialog of the neural network.

Depending on the topology of the neurons in the grid different networks constitute interlocking circles, feedback loops, memory-like elements, random pattern generators, and other significant behavioral elements. Each perceptron is equipped with two photosensors and a high-power LED (point light source) that throws very sharp spots of light throwing shadows within the space (floor and wall). Additionally, the perceptrons are equipped with small speakers that sonify the activities of each neuron. Further, every neuron is equipped with a small microcontroller that released the internal function incl. self-adaptation to the environment and autoencoding behavior based on its input.

Once the system is activated the exhibition space becomes immersed in constantly shifting visual and audible pulses. In the visual domain, an abstract shadow drawing will appear as the system’s flickering reaches a frequency spectrum above the human visual perceptual threshold. The open and unsupervised system has no objective, its only goal is to maintain and conserve the propagating information in the network. By exposing the system to the open and fragile environment this information becomes constantly corrupted. 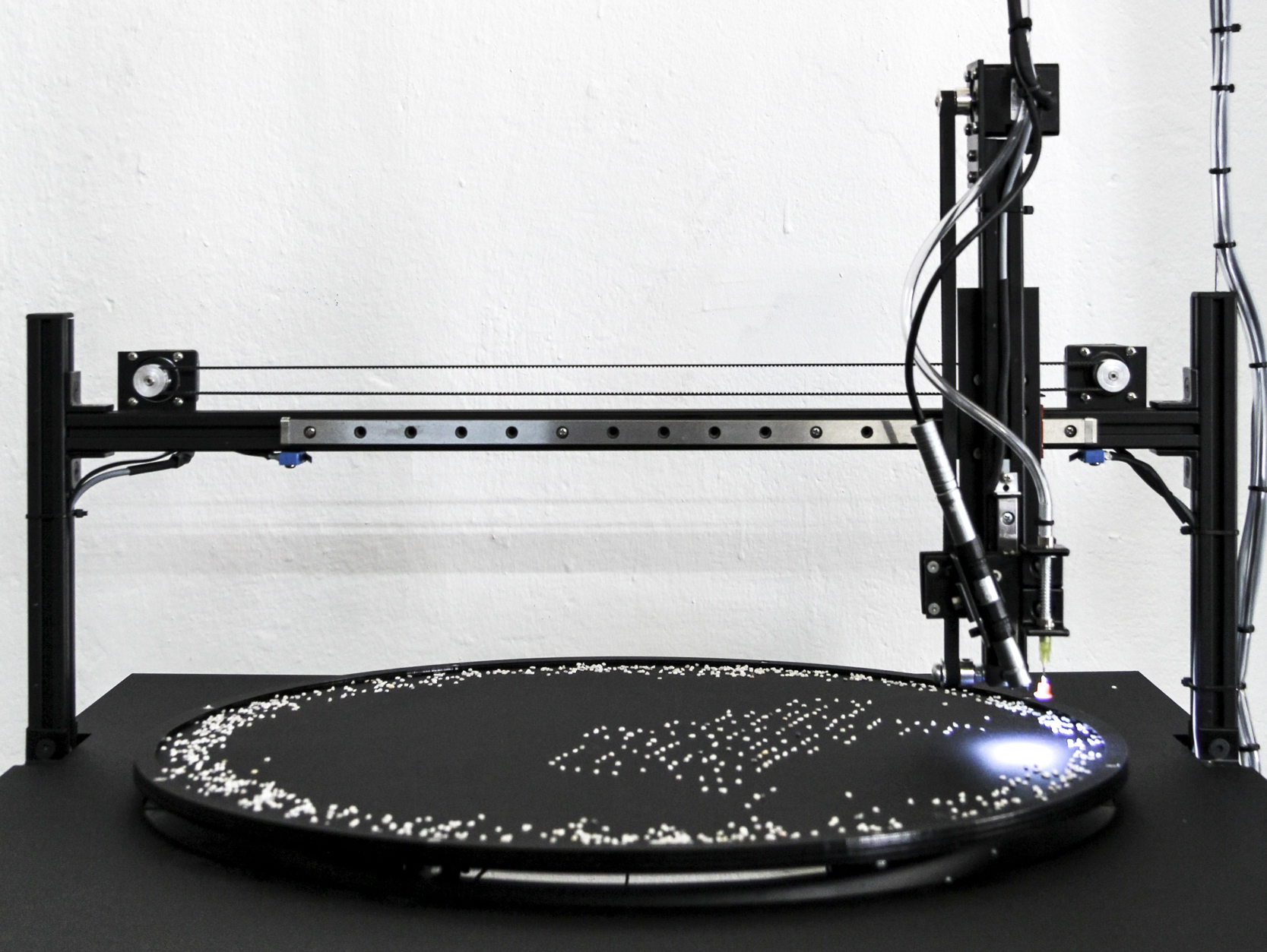 Created by Berlin based Ralf Baecker, Random Access Memory is a fully functional digital memory. Instead of operating on semi-conducting components to represent either the binary states of 0 (zero) or 1 (one), the memory uses grains of sand as storage material.