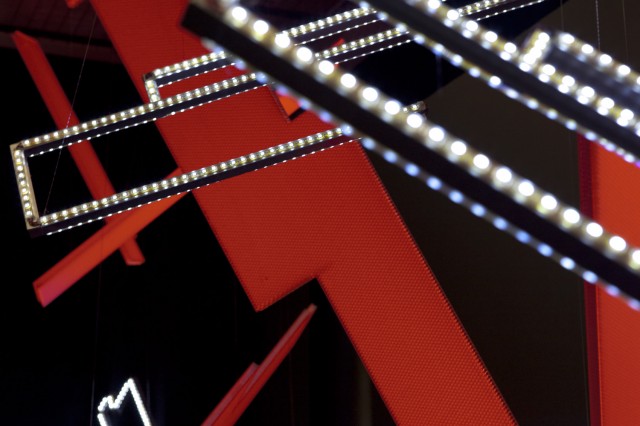 File this one under better late than never: Olivier Ratsi's White Roads in the Red Matrix (Deconstruction Time, Again project) was one of the cleverest installations CAN encountered at the International Digital Arts Biennial (BIAN) in Montreal several weeks ago. Appearing as part of the Out of the Blue/Into the Black exhibition of French media artists, Ratsi's installation was comprised of a field of plexiglass and aluminium LED frames suspended in space on to which video was projected. This is one of those pieces that video documentation simply does not do justice to as an encounter with this architectonic constellation of surfaces plays out as sculptural choreography – a careful coordination of light and rhythm. The BIAN program described the performative arrangement as "a digital audiovisual object" that restlessly phases in and out of legibility.