Ealier this year Arcade (James Alliban, Keiichi Matsuda and William Coleman) were commissioned to make a visual accompaniment to Stravinsky’s The Rite of Spring, performed by the North Netherlands Symphony Orchestra to celebrate the 100-year anniversary of the first performance of the piece. Their response was to create a sound responsive laser installation that transformed the individual musicians’ performances into a dynamic forest of sound and light.

The team installed 50 lasers in the auditorium and connected them to selected instruments allowing them to react to the volume of sound emitted by the musicians; the louder the musician played, the brighter the beam gets. In addition, at certain times, the mirrors reflecting the lasers would move to direct the beams to different areas of the auditorium resulting in a wall of light and creating a spatial visualisation of the concert. 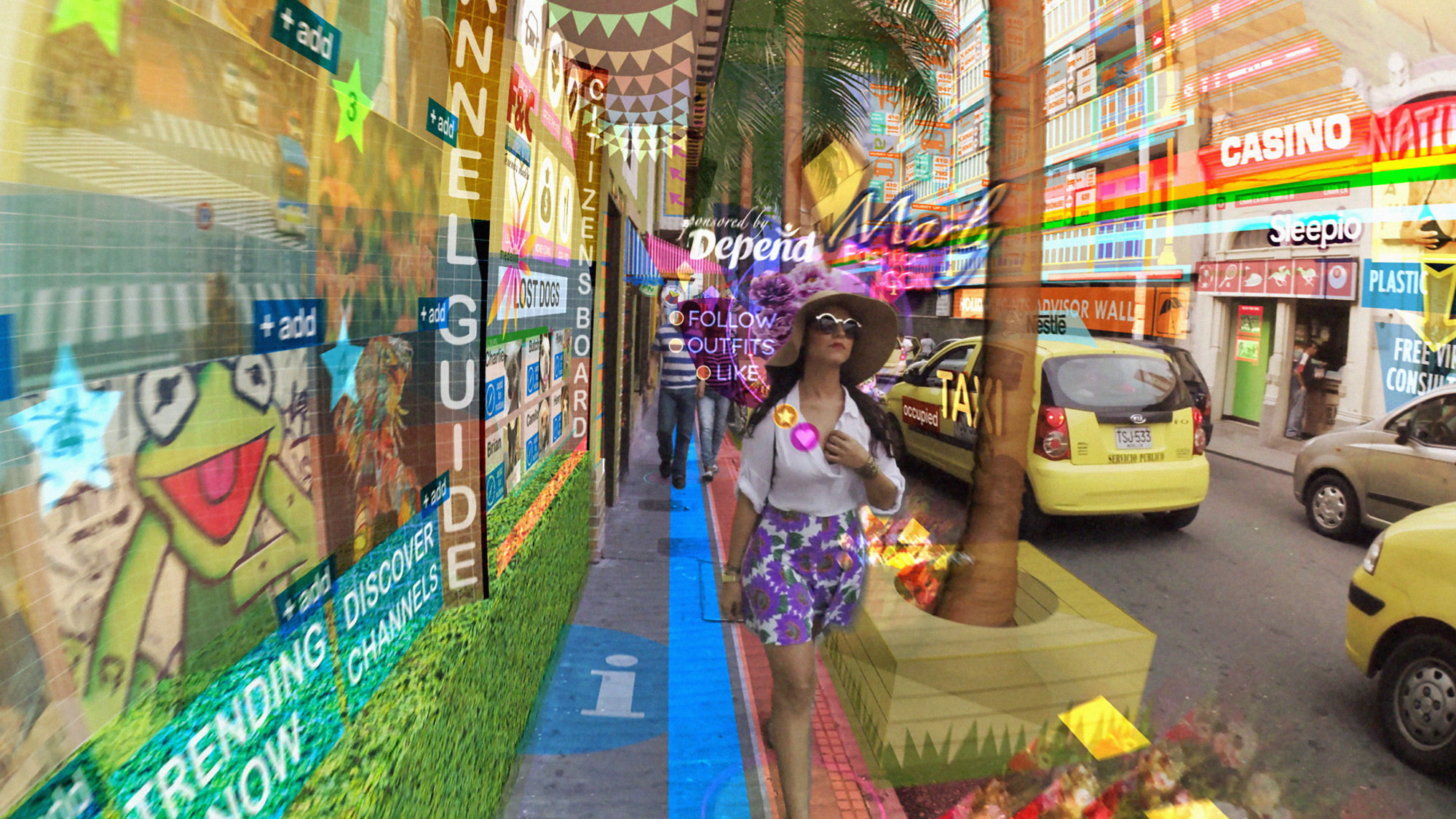 Riding high on the wave of massive interest in his most recent work “Hyper-Reality,” which depicts a super-mediated Medellín, Colombia of the near future, director/designer Keiichi Matsuda chats with CAN about augmented reality, Silicon Valley, and CGI shopping companions.