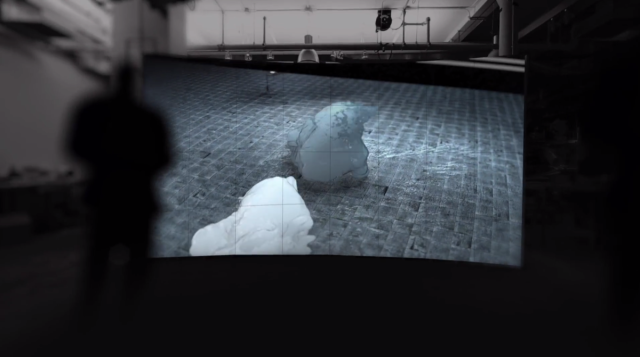 Created by Brookly based VFX and projection design studio Volvoxlabs, Perception of Consequence project represents the idea of consequence and constraints of motion set by the rules of physics. Two fluid-evolving forms are placed in a reversible entropic system and simulated to resemble evolving human states and emotions. The system itself evolves from organic form into chaos. Situated against a fabricated 15’ fabricated wall and within a tangible environment, control-activated whirlwinds encapsulate viewers as if like being part of the system itself.