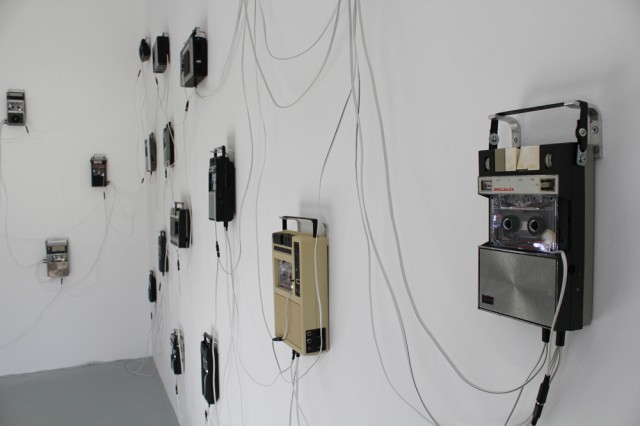 In MP3: The Meaning of a Format, Jonathan Sterne observes "that it is no accident that so many media technologies are built around spinning mechanisms" while pointing to the grooves of a vinyl record and wound-down rolls of audio tape as examples of 'compression technology'. Cassette tapes were expedient as a medium because they compressed an album's worth of music into a durable, portable format that could be played on stereos, walkmans and in automobiles. What if the tape deck's capacity to function as a playback device was stripped away though, what would remain? This is exactly the question posed by Binatone Galaxy, a 2011 installation by Oxford-based media artist Stephen Cornford where the prerecorded content of audio tapes are replaced with microphones.