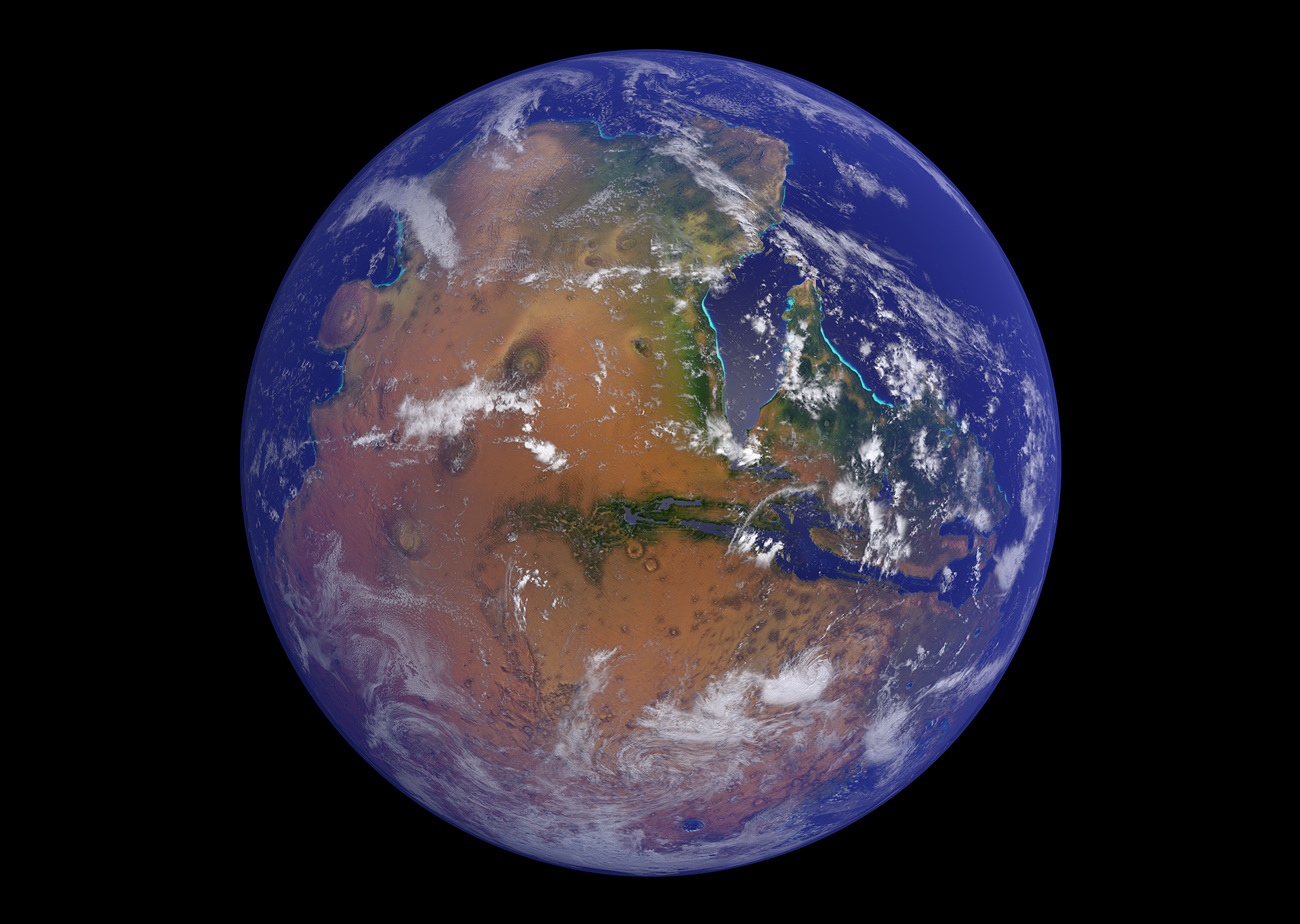 Created by SHI Weili, For this project, Terra Mars is a speculative visualisation by an ANN (artificial neural network) to generate images that resemble satellite imagery of Earth modelled on topographical data of Mars. Terra Mars suggests a new approach to creative applications of artificial intelligence—using its capability of remapping to broaden the domain of artistic imagination.

“Ever since humankind was able to look back to Earth from space, the view of the “blue planet” seems to provoke contemporary nostalgia and inspire poetic reflection. Images of Mars could arouse quite the opposite—the feeling of otherness, the realization of our loneliness in the universe. What I present here is planet Mars in a visual style that resembles our own planet.”

For this project, SHI trained a conditional generative adversarial nets (Conditional GAN) model with topographical data and satellite imagery of Earth so that it can learn the relation between them. A GAN consists of two neural networks—the generator and the discriminator. The generator was trained to produce color images according to topographical data in hopes of convincing the discriminator which was trained to be knowledgeable about the authenticity of Earth imagery. The two networks were trained in turn so that they can compete and grow together. The datasets consist of global data of Earth and Mars sliced into tiles. Earth data was used in the training phase, while Mars data was used in the generation phase.

SHI welcomes different interpretations of Terra Mars. It can be enjoyed simply as a playful remix of the two planets, or one can relate this imaginary version to the astronomical facts. Maybe one can even consider this as a preview of a possible outcome of human’s terraforming efforts, or you just appreciate the sheer beauty of a planet that resembles our own.

To me, the most intriguing aspect of this AI-based creative approach is the seemingly contradicting assessments we can make of the generated Mars imagery—based on the astronomical facts of Mars, the generated look of it is by no means scientific, but on the other hand, it is created by inferring solid logic learned from precise data by a meticulous and tireless artificial intelligence. The AI has learned every corner of the Earth terrain for hundreds of times and applied its knowledge to every decision during its generation of the Martian terrain. This is not an approach that can be carried out by a human artist alone.

To read more about the project including the making-of, data sets used and more, see links below. 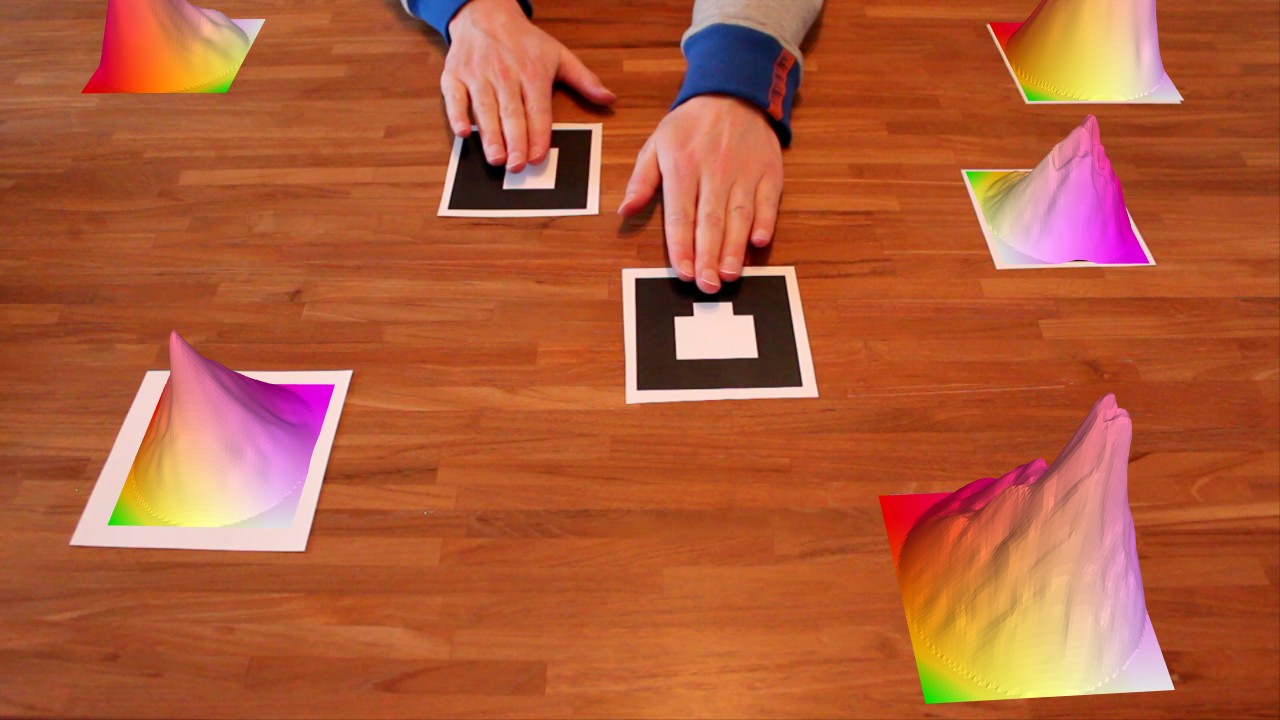 http://vimeo.com/34047128 All of the visuals in the above video were created using NyArtoolkit for Processing. NyARToolkit is an augmented reality toolkit built with 100% pure Java. It is…