Created by Filipe Vilas-Boas, 'Tracking Skynet' comprises the recording of a surveillance satellite whilst being under surveillance of the same – the process also known sousveillance (Steve Mann). Instead of concentring its attention on a star or on a planet, a 600 mm telescope has been hijacked to track a military satellite called Skynet - originally the artificial intelligence system’s name in Terminator. 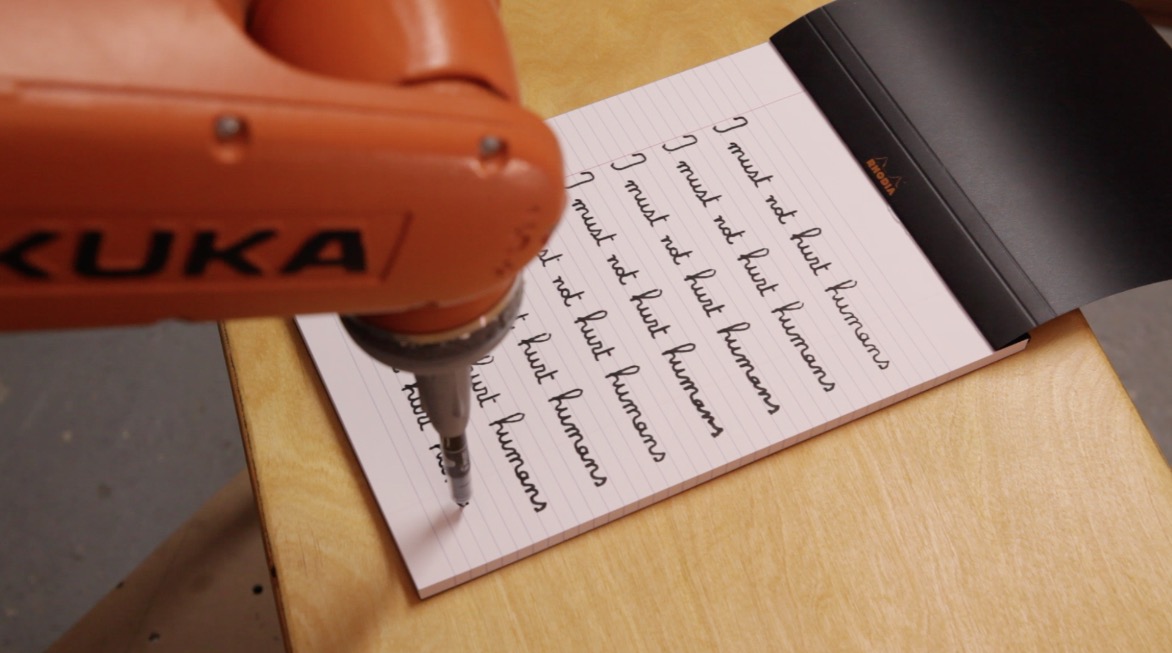 The Punishment – Speculating on robot’s punishment for disobedience

Created by Filipe Vilas-Boas and Paul Coudamy, The Punishment is an installation in which a robot executes a preventive punishment for its possible future disobedience in reference of Isaac Asimov’s Three Laws of Robotics.