As Robert Henke sets of on his tour with the new project Lumière, kicking off in NYC on the 10th May, followed by shows in Helsingor, Montreal (MUTEK/Elektra), London, Riga, Nantes and others, we offer a little preview of what is to come. If you don't know Robert Henke, he is probably best known for his somewhat free floating role within Ableton and doing splits between creating his own art and software - Ableton Live. Robert also writes and lectures about sound and the creative use of computers, and held teaching positions at the Berlin University of the Arts, the Center for Computer Research in Music and Acoustics (CCRMA) at Stanford University, and the Studio National des Arts Contemporains - Le Fresnoy in Lille, France.

Lumière – Based on self written software, this work on the edge of concert and site specific installation finds previously unseen beauty and minimalistic elegance in a commonly underrated medium. High power lasers are used to draw complex morphing shapes and connect points in space. Unleashing the full potential of the underlying advanced vector engine, Lumière combines precise geometric figures with floating organic structures, presenting the archaic sign language of an alien culture communicating via emerging and disappearing traces of extremely bright light. 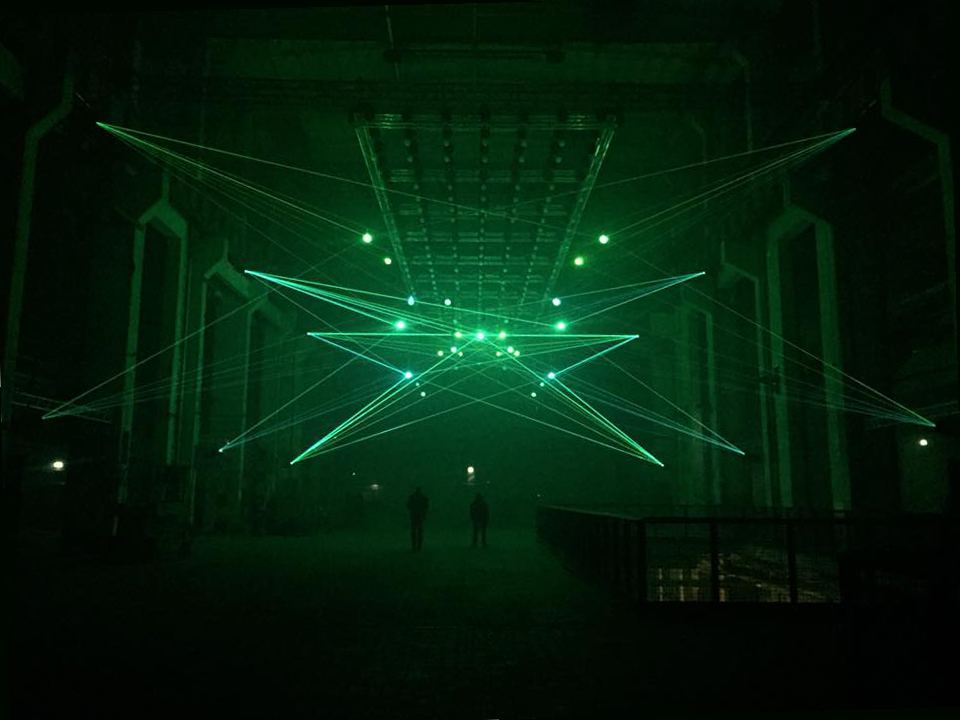