This past Saturday Ryoji Ikeda presented the North American premiere of superposition to a crowd of several hundred at the Musée d'art Contemporain de Montréal (MAC). As would be expected, the sixty-five minute multiscreen performance played out as kind of a data aesthetics megamix that flashed through a series of precisely choreographed abstract visual vignettes that grappled with the digital sublime and pondered the agnosticism of network culture. However, what was a pleasant surprise—one welcomed with open arms, in fact—was the integration of the talents of two ‘imperfect’ human performers centre stage into the middle of Ikeda’s austere audiovisual animations.

Tuning forks, metronomes, and mechanical typewriters—this cast of decidedly pre-digital tools factor quite prominently into superposition’s rhythmic pulse. Within the capable hands of musicians Stéphane Garin and Amélie Grould the devices become percussive instruments, tapping out Morse-like patterns and tones in accompaniment to Ikeda’s visual symphony. Network cosmology, collections of scientific visualizations, pans across satellite imagery—the content of the visuals was totalizing, essentially a meta-meditation on ‘systems of systems’ that splashed across twenty-one screens. Both the stroboscopic informatics and Garin and Grould’s accompaniment was closely synchronized with Ikeda’s pristine sound design (some of it adapted from his 2006 full-length Dataplex [2001-05]) that synthesized bass rumbles, high frequency pings, and sporadic stabs of white noise into surprisingly engaging skittering rhythm tracks. 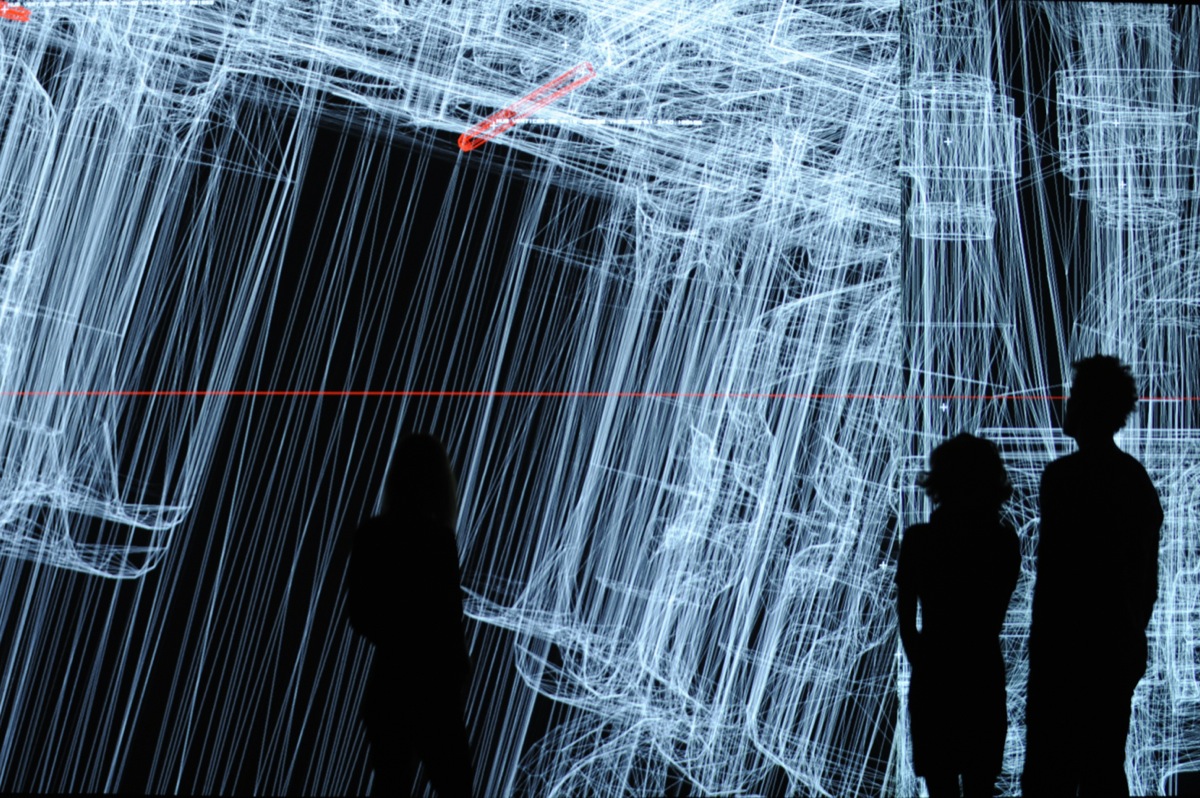