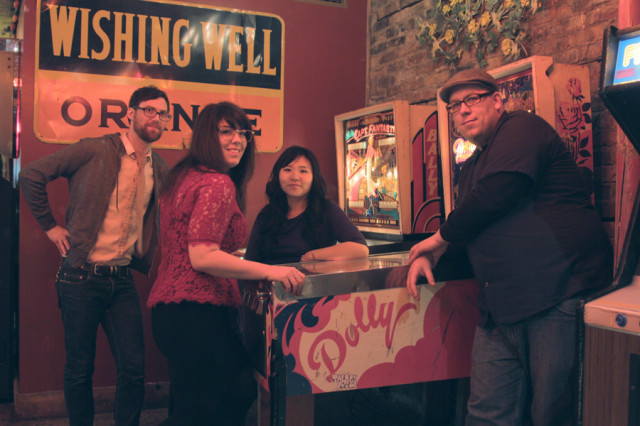 In acquiring a selection of games for their permanent collection, 2012 was the year that MoMA finally sheepishly admitted that, "yes, videogames are indeed art." Thankfully media consumers and inventors throughout the world hadn't bothered to wait around for official recognition and indie and experimental gaming has enjoyed a full-on renaissance for almost a decade. Now, an upstart festival based in Toronto aspires to dive headlong into this milieu and take a pass at broadly framing vital areas of work in and around gaming that fall well off the beaten path associated with the more conventional side of the medium. Vector, a self-described "game+art convergence" touches down in Toronto later this week with a program of screenings, performances, panel discussions and exhibitions. CAN tracked down Skot Deeming of Vector's curatorial team (pictured above, to the right of Clint Enns, Katie Micak and Christine Kim) to get the lowdown on the first edition of the festival.