Even when judged against its usual high standards, MUTEK 2012 was a stellar year for AV performance. In addition to the A/Visions program, there were a number of other noteworthy shows, screenings and installations that reinforced the prominence of real time graphics and 'cinematic ambience' across the festival. Whether it was Jeff Mills' figure poised over his 909 against the backdrop of a massive projection of the moon, Robert Henke and Tarik Barri's audiovisual interpretation of the recent ethereal-but-groovy Monolake LP Ghosts or the immersion and impeccable curation of Recombinant Media Labs' CineChamber – multimedia collaboration was everywhere. One of highlights of the festival was undoubtedly the I Dream of Wires modular synthesizer showcase that took place in the Satosphere, a huge dome hardwired for 3D projections that is permanently installed atop the Société des arts technologies (SAT). While the whole evening was great (Clark's set felt like partying in a near-future rap video), the set by veteran American producer Keith Fullerton Whitman and visualist duo Zef & Santo was delightfully weird. Playing out as some kind of demented 8-bit hall of mirrors, Zef & Santo's glitched-out geometric machinations perfectly complimented Whitman's analog improvisation. I recently caught up with Zef & Santo to learn more about their intricate 3D projection workflow. 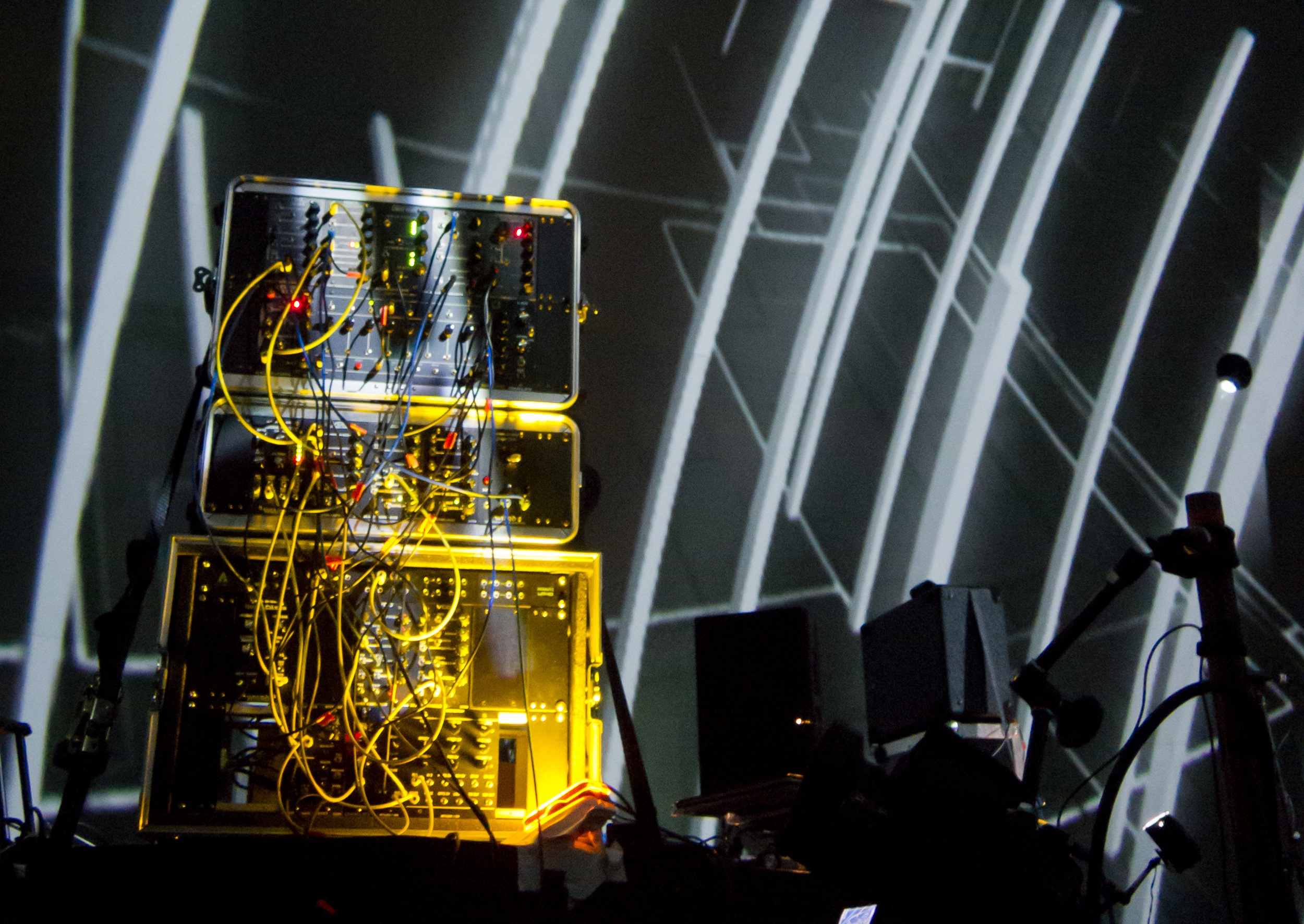 Just another day at the lab: MUTEK A/Visions 2012