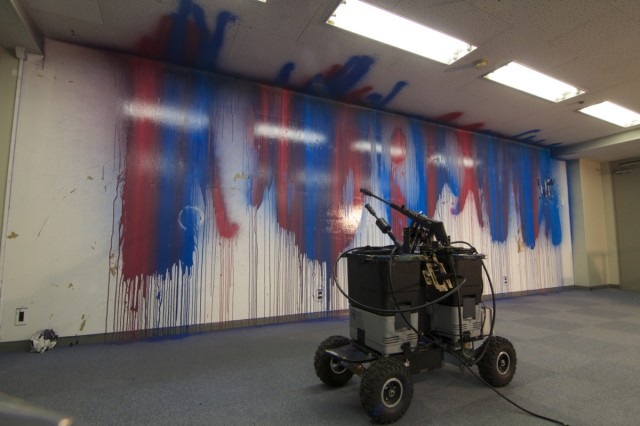 Senseless Drawing Bot #2 is the new version of it's predecesor, version #1 created by Takahiro Yamaguchi and So Kanno. As with the version #1, the machine is built around the similar concept - to produce highly unpredictable results using the inertia generated by movement. The first version used the liner movement to swing spray-can equipped mechanical arms where the new version uses the power of high pressure (water) washers to move them vertically.  The new build, like the first one, uses Arduino and servos to pull the lever for each.