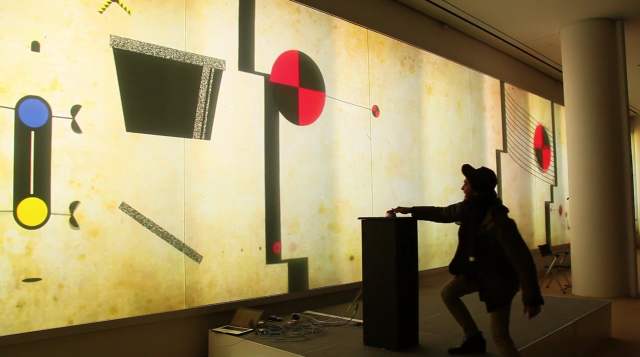 Created by Lucas Werthein & Jason Aston, Boom Shakalaka is both a game and installation allowing visitors to engage with a game using physical interfaces. Included are a button, lever, and a domino, whilst the game is displayed on a long wall made of six separate screens. When for example the lever is pulled down the balls are released in the game which fill up buckets. The only way to release them is by pressing the physical button.

One thought on “Boom Shakalaka [openFrameworks]”