Created by Wizard Mode (Ben Porter), MoonQuest is a single-player procedurally-generated adventure game set in a strange nocturnal world. The gameplay is a mix of roguelike and minecraftian genres and sits somewhere between Terraria and Spelunky, with the main aim to search the generated world for moonstones.

MoonQuest was started in 2011 by Ben Porter after leaving his academic research job (where he studied procedural generation). It was originally called Moonman but the name was changed in late 2016 to accommodate the growing cast of characters and change of focus. The game engine was written from scratch and incorporates some open source software such as SFML and Box2D. Each starting character influences the kind of game that is created. For instance, the Amphibian breathes underwater, increases the chance of the Water Moon appearing (which brings rain and flooding), and starts with a fairly strong weapon. By selecting the Human character, on the other hand, the world is guaranteed to have: Silver or Gold ore, a Pale Moon (which generates a protection aura around the player) and adundant treasure. The Human is essentially the "easy mode". There are other characters which can be unlocked, such as the Crusader, who starts with full armour but generates a world that has more dangerous ruins and no guarantee of abundant minerals. 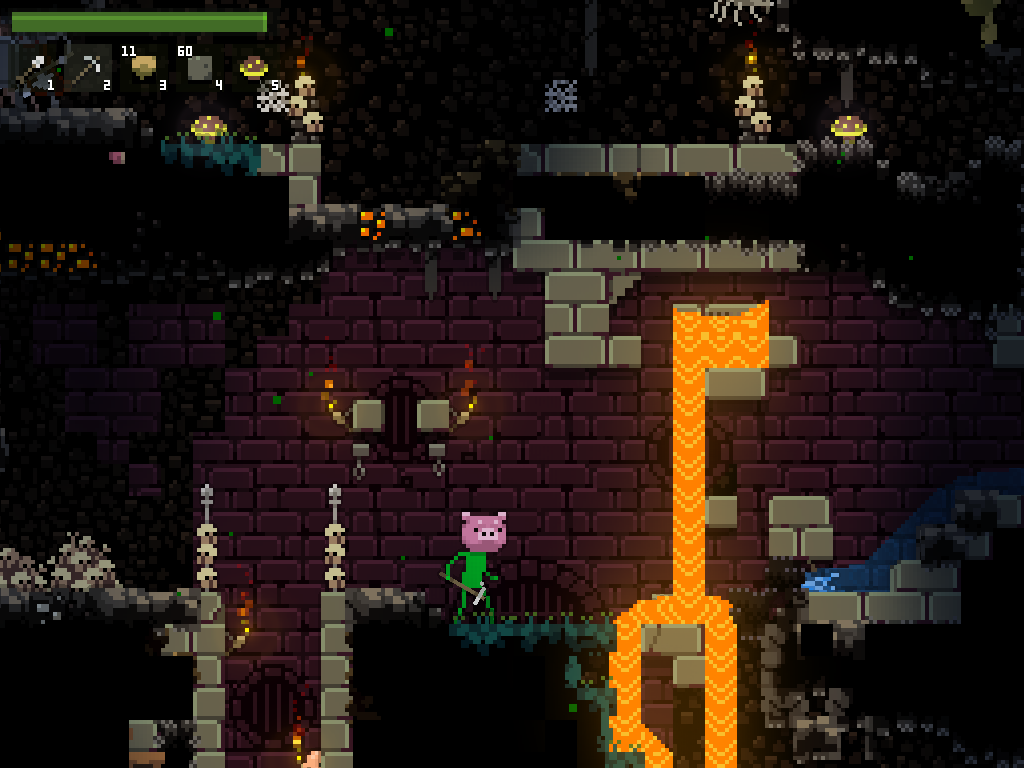 Moonman is a procedurally-generated adventure game for PC, Mac and Linux looking for support via Kickstarter.