Created as a collaboration between Max Cooper (music) and Ksawery Komputery (video+code), ‘Symphony in Acid‘ is a (generative) music video that maps every sound to the writings of Ludwig Wittgenstein (Tractatus Logico-Philosophicus, 1921) with references to the combination of orchestral-like synths with 303-like synthesis of acid house. In addition to a passive (observer) experience of watching the embed below, Ksawery also created a live rendering website version of the project where you can interact with the system and (if you so desire) have your own face rendered in Wittgenstein’s words.

I turned to the writing of Ludwig Wittgenstein, who tackled this issue of the problems with words and their inability to capture every aspect of our lives. It approaches issues of human expression and the links between our symbolism and existence, but does so in an incomprehensibly dense way, for me at least, which was ripe for presenting as art rather than a technical reading challenge.

I find the gap between hypertext & 100-year-old paper both significant & inspiring. With my former experience in commercial web development, it was fun & refreshing to use my tools from back then for this new approach. The dense soundtrack triggered my code in powerful ways. As I listen to it now, I can almost hear atoms interacting, gravitating towards each other to form an object, & then – a whole scenery. Such a wide perspective fuels the imagination & matches the logical-philosophical soul within Wittgenstein’s papers.

The video starts with just a few letters, that build a word, then a sentence, & finally – whole blocks of text. Both the website and the video are released simultaneously with as the project. For those interested in the programming aspect, you canaccess the source code and a few interactive options are available to play with visuals using your mouse & keyboard. 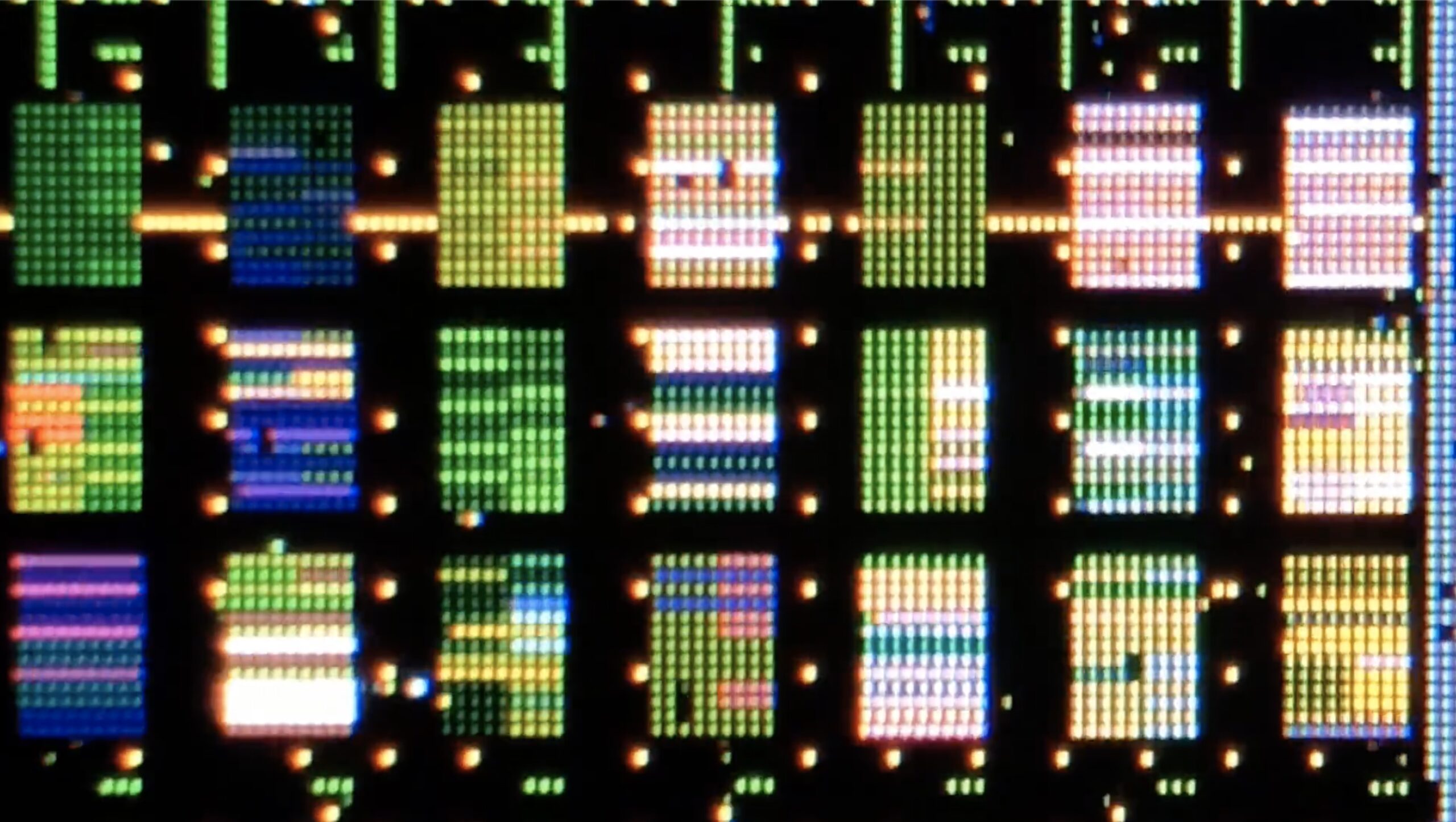 Created by Ksawery Komputery, the work is comprised of is a video and the promotional website for Sai Ga, taking on the graphic theme and having a close look at pixels.