Robert Frank's The Americans is one of the most iconic photographic projects of the 20th century. Published in the late 1950s the photographic compendium offered a fresh, authentic perspective on class, race and everyday life on the street. This classic project was the starting point for Toronto-based artist Dafydd Hughes' Every Face in the Americans, which saw him 'feed'  Frank's collection of photographs to iPhoto's facial recognition algorithm to recontextualize the work as the basis of a web archive and a print on demand book. 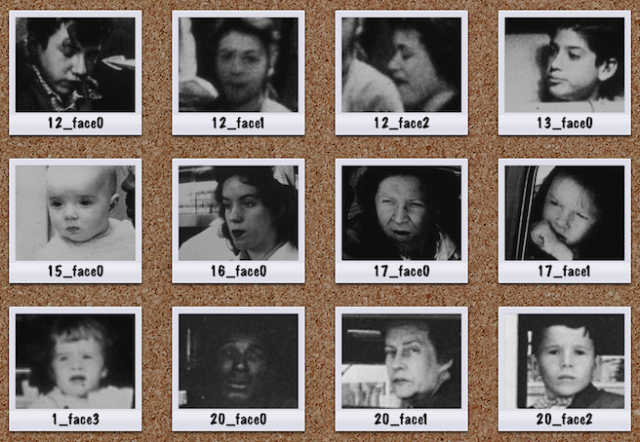