Since electric cars are increasingly using synthesised sounds in order to mimic the recognisable noise of the internal combustion engine, Mark McKeague explores an alternative in which the sound that the cars generate changes according to its relationship to other road users and the environment.

Using Processing in combination with MaxMSP, a traffic simulation is used to power the movement of vehicles through different sections of road networks in London. From a street level perspective the motions of traffic combine the sounds to create soundscapes that are unique to the place and time. The roadside becomes a new context for sound – the city is the score.

Mark is interested in how music and sound can be changed by technology, what will our future sound like. In City Symphonies the sensor-aware networked cars are the instruments and the street the concert hall. The simulation is a tool for exploring these ideas, to explore what would it actually sound like if cars were moving past at different speeds and directions. 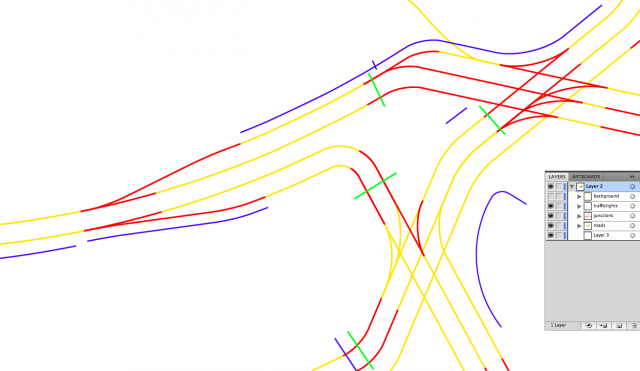 The construction of map starts first with vector drawings of roads from various locations in London, drawn from satellite images, including the major roads, traffic lights and listening positions for the system. These maps are then interpreted by Processing which the accelerate the dots according to simple traffic rules, such as obeying traffic lights and slowing when nearing other cars. 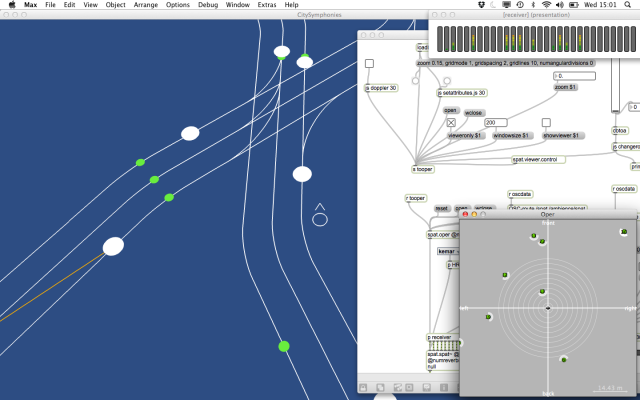 Max receives the data from the simulation via OSC, synthesising separately the sound of each car near the listening position. The sounds are mixed as move near the listener and spatialised using binaural audio techniques (using IRCAM Forum Studio software http://forumnet.ircam.fr) that when listened to over headphones can recreate the 3D location of the sound.

Each car chooses a car that it is closest to, grouping the traffic into chains shown visually by the orange lines. The compositions are based on these sequences, one example being when a group passes by the pitch ascends. At junctions the sounds get more complex as the groups split and join as cars head in different directions, from this new patterns emerge. A mixture of different road road designs, traffic levels and locations you get a result in a unique sound for a location. Mark is interested in developing more composition layers which explore different contexts of the street what would cars make in them, what will it sound like it in the rain or will it change at night. 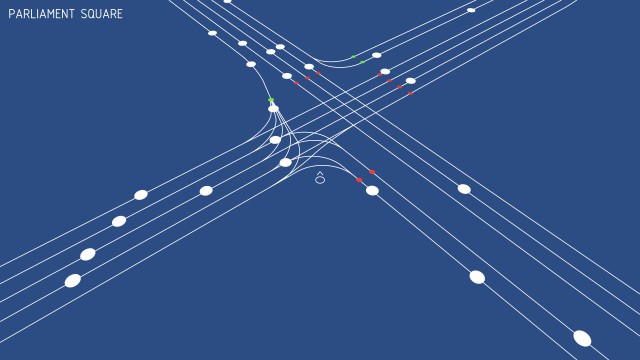 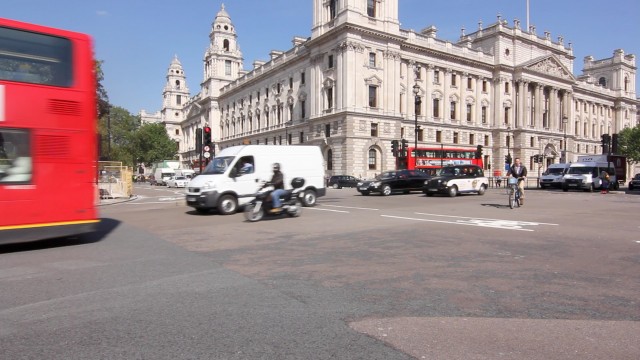 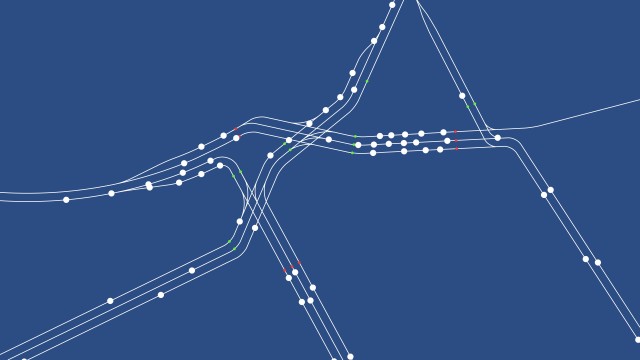 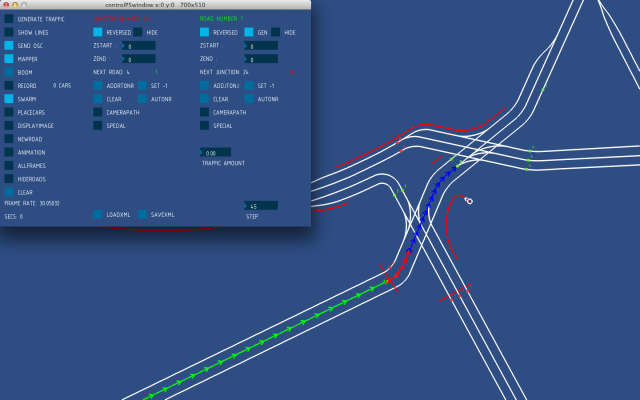 Royal College of Art – Design Interactions 2012 – Exhibition now open. This year, the Royal College of Art’s annual summer show will include work by the greatest number of graduating students in the College’s 175-year history. Show RCA 2012 is to take place simultaneously in six buildings across the College’s two campuses in Battersea and Kensington. Design Interactions is located in Battersea. Click here for directions.