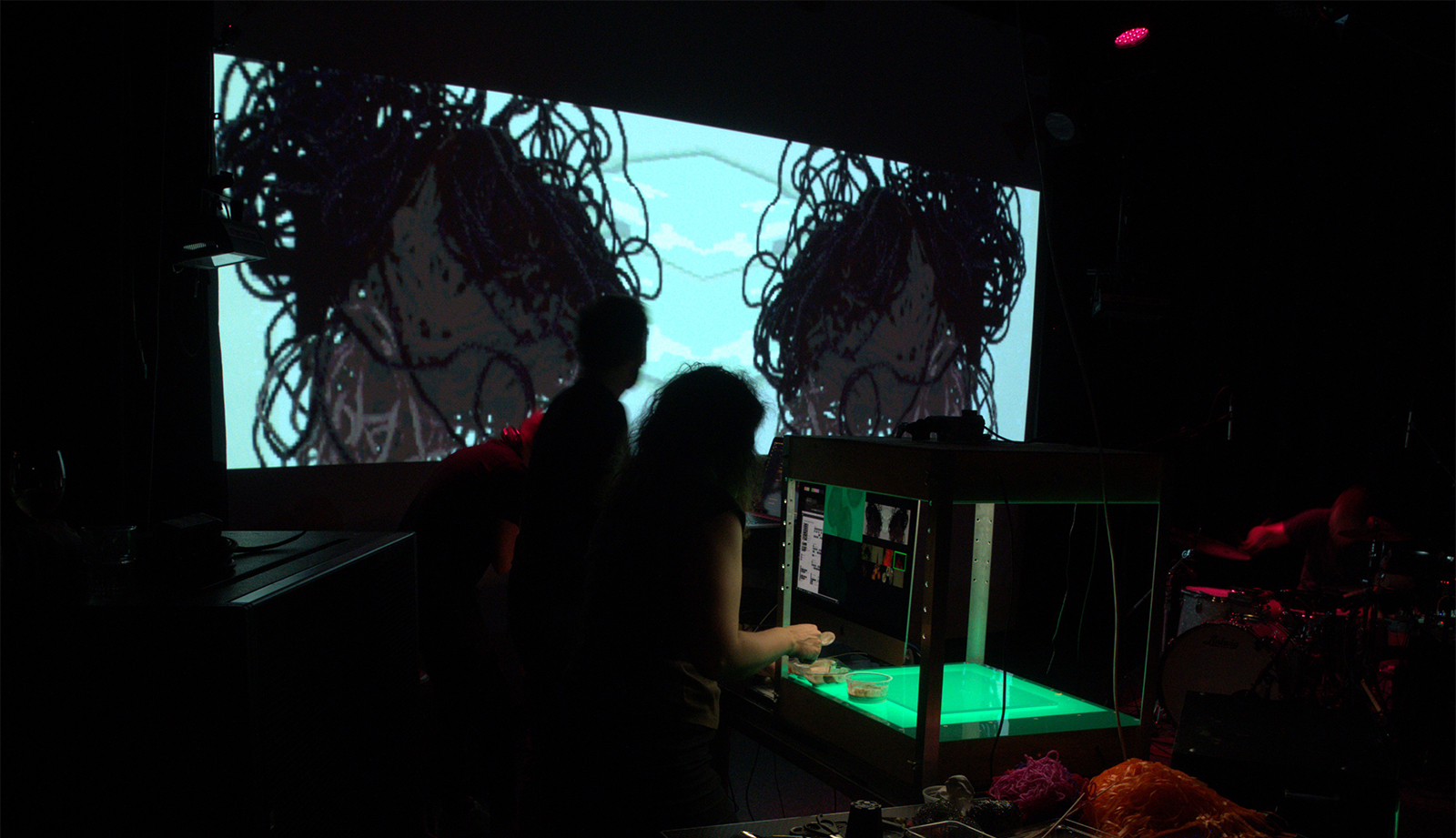 Using stop motion technique, objects are photographed between each movement and played back as a sequence of frames, thus moving the objects. Custom software was developed for this performance to synchronise and control the playback of these live animated sequences through live drums and 8 bit chiptune music generated on the classic Nintendo Gameboy. A custom-made animation station was made to create the animations live on stage, and makes use of chromakeying, another classic technique used for removing the background and replacing it for
live code – generated animations during the performance.

The live animated sequences are transposed in realtime through a custom-made live coding environment called “mercury” inside MaxMsp-Jitter – creating a visual output that combines live animated footage with
code generated animations and overlays. The animations are played back synchronised and controlled by Live drums and the Nintendo Gameboy. Compositions on the gameboy are created using the application “Little Sound DJ” which allows for both composition and live/playback mode, and is part of the setup using a custom-made device in order to send and receive signals during the live performance.

Loud Matter aims to use classic cinematic animation techniques as a performative instrument using custom-made hard and software, in order to change the role of non-realtime media to a realtime environment.

Edge is an award winning platformer available for the iPhone. The task is to control your cube across ever changing isometric environment with a number of puzzles to solve and…