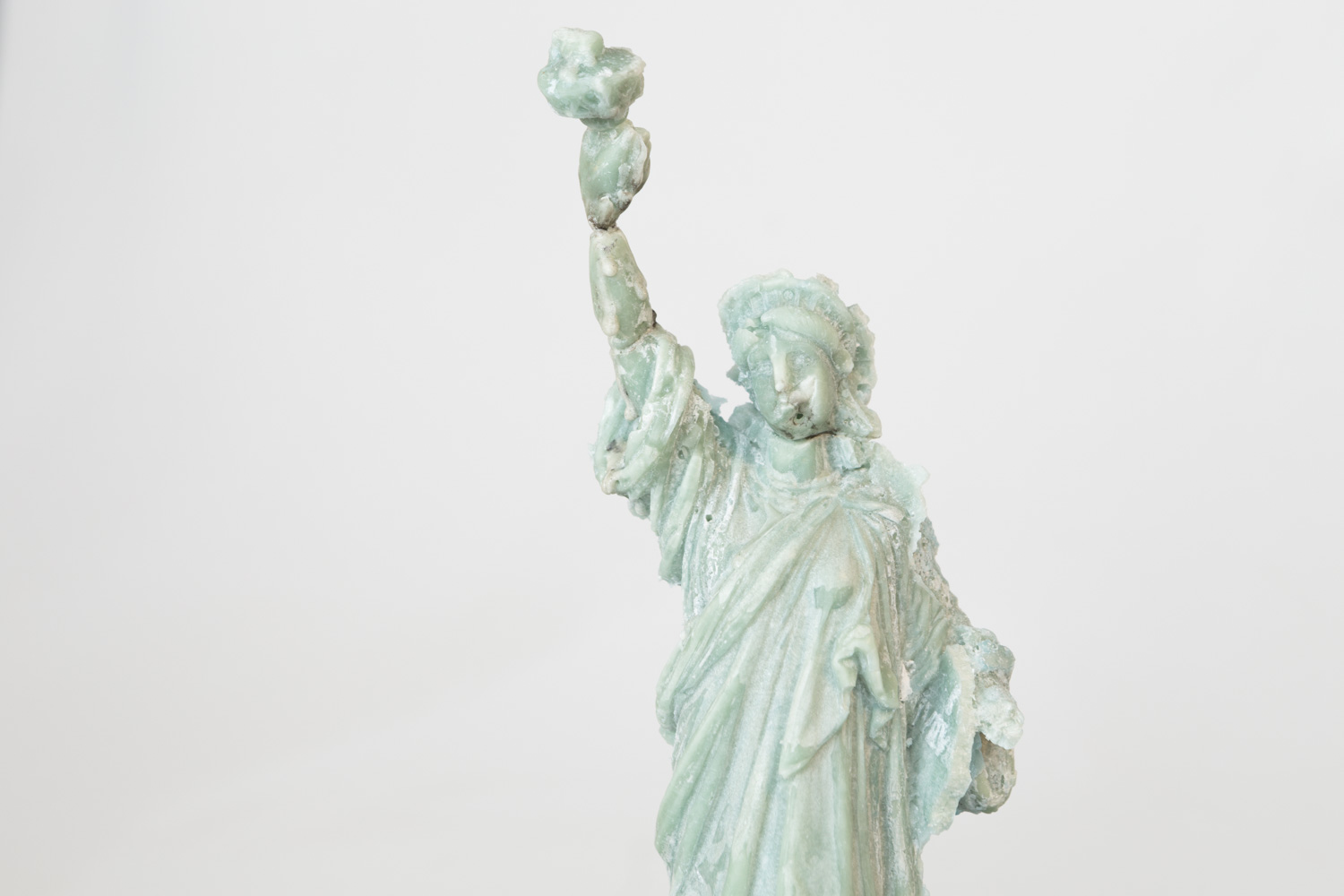 A four year old project, which gets a new relevance due to current events:

The project was created during the fall semester 2016 – it was the time of the US presidential election campaign 2016. Trump was running for president and his slogan „Make America Great Again“ was one of the most tweeted hashtags. The project „makeamericagreatagain“ is an artistic statement on the destructive potential of speech and the mobilization of crowds based on questionable statements. A hairdryer is pointing on a (wax-)figure of the statue of liberty and is getting activated whenever someone is tweeting using the hashtag “#makeamericagreatagain”.
The project is a result of the class Physical and Ubiquitous Computing by Moritz Schell. A class to teach technical and programming basics to students.