Drawing stories in the sky –– Between sky and earth, Novae explores cosmogonies – the formation of celestial objects in a constantly expanding universe.

Thousands of years ago, observation of stars was used to mark stages in the unfolding of time: the alternation of days and nights, the phases of the Moon and the changes in the position of the planets…

And for a long time, mankind attributed to the stars a surnatural influence on its very existence.  By 1930, astronomers demonstrated that stars are born and evolve.  This installation sketches an endless space, inhabited by hundreds of stars. Light slowly evolves like pulses and draws trajectories in the darkness. As time passes, the wind blows gently to the ears. The intensity of the light diminishes further, raindrops are heard, time seems suspended. A feeling of well-being and eternity overwhelms us, the firmament now contemplates us.

Between sky and earth, Novae explores cosmogonies – the formation of celestial objects in a constantly expanding universe. Considering the speed of light and the distance at which they are, stars visible from earth today are perhaps extinct for millions of years. By looking at the sky, we contemplate the past. The installation reflects on that to create a timeless landscape.

The installation relies on a fully automated light moving in a sceiled cube hanging at 4 meters from the ground. On the bottom side of that cube is stretched a 3.5*3.5 meters wide perforated fabric. The perforations reproduce the arrangement of stars to be seen above the artwork at the opening night, based on the data made available by John Walker online tools: Fourmilab. A subtle haze helps materialise the rays shining through the perforations. At each corner of the fabric, an Akoustic Arts ultra-directional speaker broadcasts sporadically poem verses, chants or sounds of birds. A more surrounding soundtrack is played by 4 standard RCF speakers in each bottom corner of the room. Sounds are controlled independently on each of the 4×4 channels using external sound interfaces. It is played by Ableton Live, with fine-tuned equalisers. Ableton Live also communicates with MadMapper through MIDI, to drive the motorised light in real-time. 3 scenes are played depending on audio timecodes during 15 minutes.

Lab212 is an interdisciplinary art collective, founded in 2008 in Paris. Using new media, the collective creates installations which explore our perceptions of space and sound. These pieces, in which the visitor becomes an actor, provoke a loss of bearings and offer a sensitive interpretation of impalpable phenomena by giving them a materiality, as through light and sound beams in space (Passifolia, 2020), the force of the wind on the landscape (Nebula, 2018), or the weight of the body in atmosphere (Starfield, 2012). Their works were exhibited at the Barbican Centre (London), the V&A Museum (London), the Miraikan Museum (Tokyo), the Museum of Digital Art (Zurich), Le Centre Pompidou (Paris) and La Gaîté Lyrique (Paris). Their works have won several international awards, including from the Sundance Film Festival (New Frontier Selection: Notes on Blindness), Ars Electronica (Interactive Art Honorary Mention: LightType), Lumen Prize (Performance Award: Portée/). 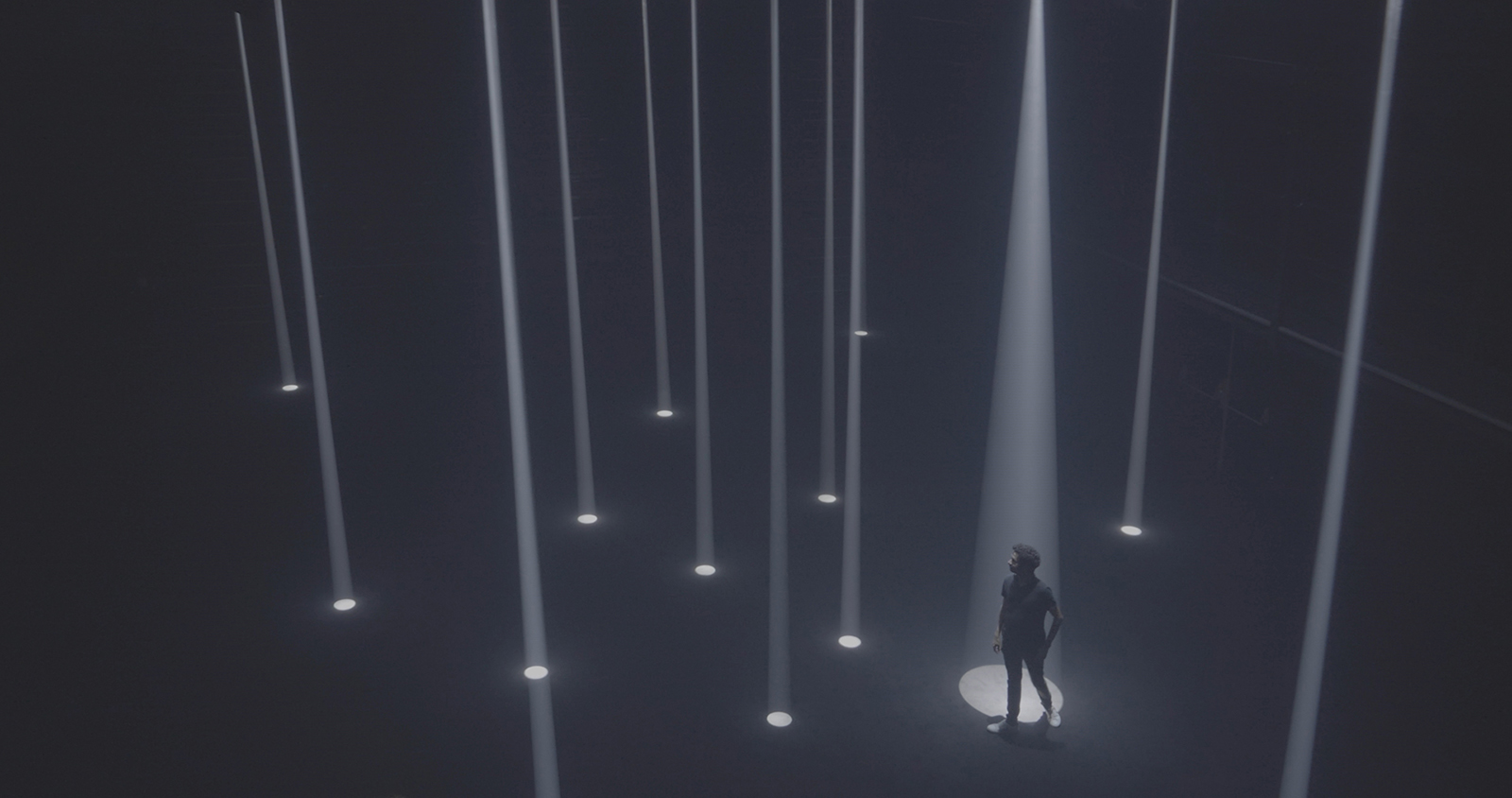 Passifolia is a collective experience, made-to-mesure for La Gaîté Lyrique in Paris and made up of 16 interactive modules organically set up in space.