Created by Amay Kataria, The Lost Passage is an interactive experience for the web that creates a new digital home for an extinct species called passenger pigeon. It’s a digitally crafted world of a swarm of artificial pigeons, which seem to be inhabiting a sublime yet destitute memory of a lost landscape. However, on closer inspection they are confined within the four walls of this digital space.

Before Europeans began settling in America in the late 1800s, more than 6 billion passenger pigeons used to migrate every year in North America. Within a period of four decades, in 1914 this species was completely extinct. It displayed the capability of industrial humanity that annihilated even the most plentiful of natural resources. This subject raised the question about how the relationship between humans and other non-human living entities like plants, animals, and nature has evolved in the past? Isn’t it a paradox how we have repeatedly found companionship in some of these entities, and yet intervened to annihilate some of the other ones?

Thus, the protagonist of The Lost Passage is a digital clone of this extinct species, which is 3D modelled, textured, and animated as a low-poly model of a passenger pigeon using Blender to be resurrected on the internet. This acts like a ghost of the real pigeon that is lost in time, which is provided an agency by using computation algorithms and artificial intelligence to navigate its new home.

The environment of these pigeons is an aesthetic box, where they are trapped, yet can move freely. The walls of this box are painted with a visceral image of a moving landscape that is created using a machine learning tool called GauGan. Traditionally, it takes a segmentation map as an input and outputs an image of a landscape. A terrain model was constructed in Blender using the same materials that GauGan expected and exported a sequence of images shot with a camera. These were fed frame by frame to GauGan to create a moving-image of a landscape. It was eventually painted onto the walls of the box using smart texture wrapping techniques in WebGL to produce a kaleidoscopic, sublime, yet destitute memory of a changing landscape as a new home for our digital passenger pigeons.

All these processes were weaved together in an interactive website developed with Three.js, where the audience is brought in close proximity to the flock to immerse themselves in this new environment accompanied by a soundscape. By panning the mouse, the audience can observe the flock’s murmurations from different perspectives and feel like they are part of this swarm themselves. This website is compatible on mobile, tablet, and desktop devices. 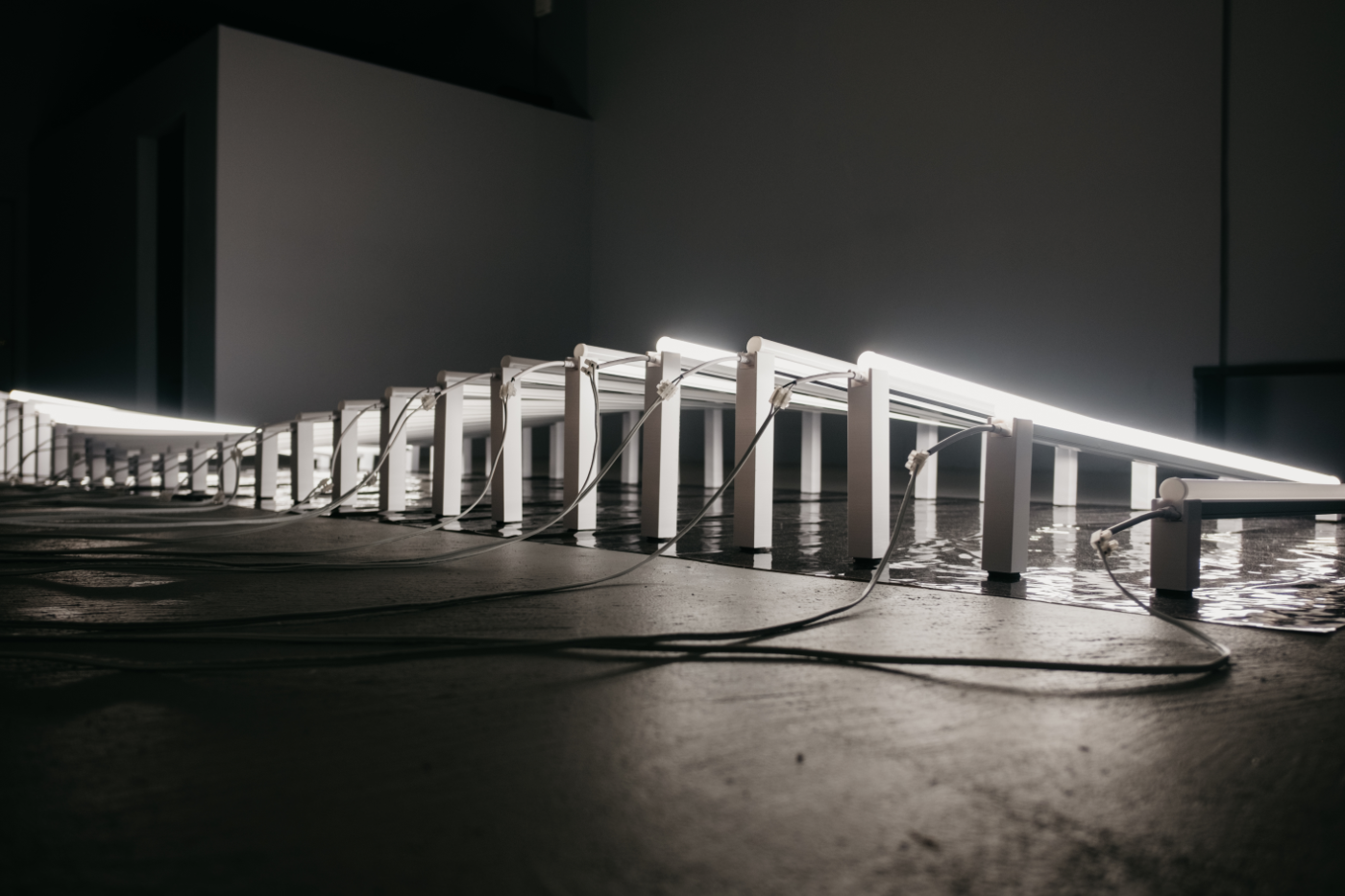 In a world constantly adjusting and adapting to new methods of communication and connection expedited by rapid technological advancements, artist Amay Kataria explores what it means to be human.