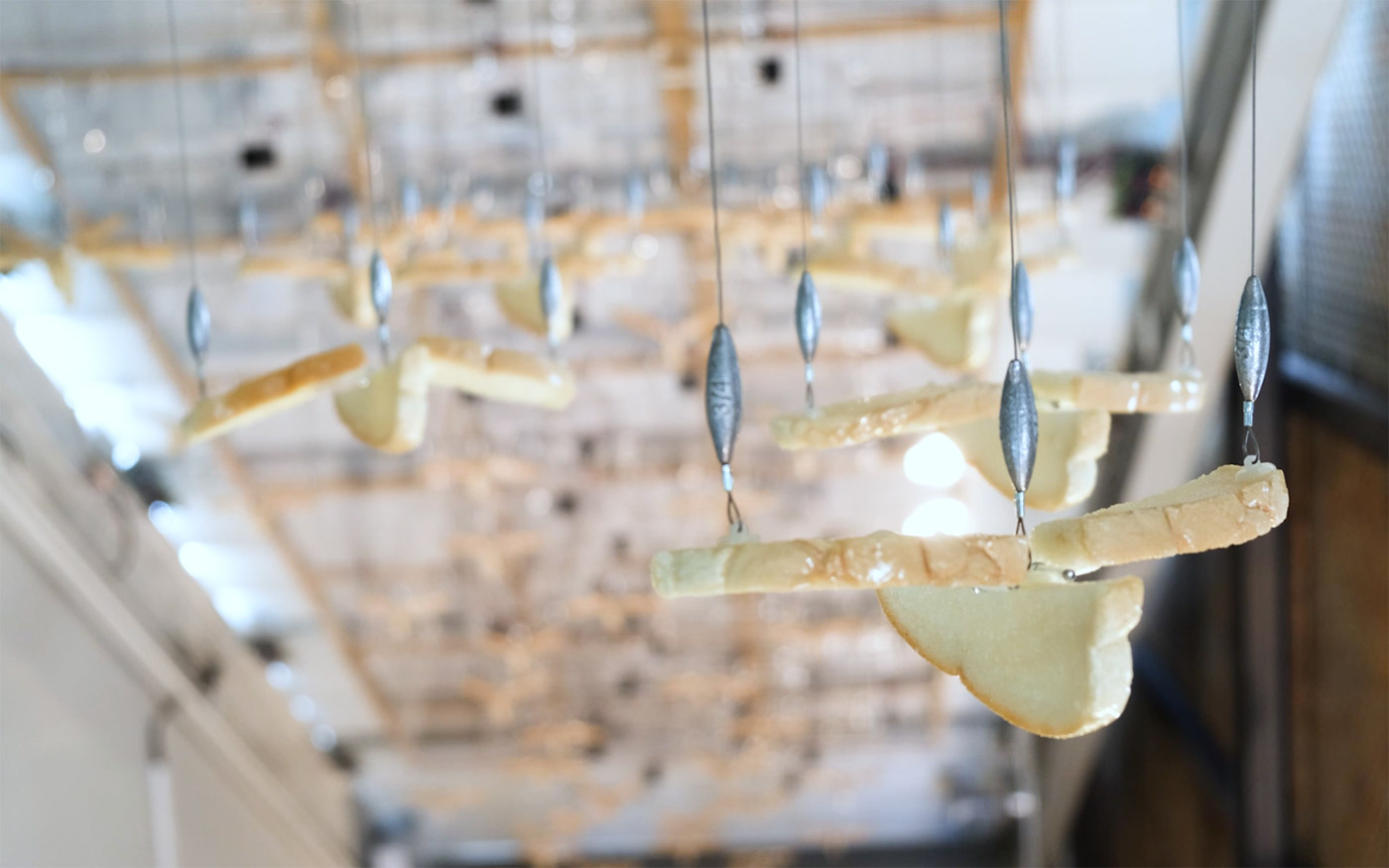 The Tyranny of Birds by Neil Mendoza empowers bread to escape its avian oppressors. The installation consists of a flock of robotic bread birds that take flight when real birds appear on the screens surrounding them. It was created for The Children’s Museum of Pittsburgh during an artist residency there.

Each bird starts life as three slices of bread. These are chopped into a body and two wings and left to dry. Once dry, they’re coated in resin to preserve them. The wings are then attached to the body using 3d printed hinges. The position of each bird in the flock was generated using openFrameworks and then imported into Fusion 360 where the physical parts of the installation were designed.

Bird footage was captured using a Raspberry Pi left in a specially designed bird feeder with transparent walls for better lighting. Optical flow data was then extracted from the footage using MaskFlownet and fed into an openFrameworks program that analyzed it and saved out the positions and times of bird twitches to a JSON file.

The controller software (also written in openframeworks) uses this JSON file to determine when to trigger the bread birds to move. The bread birds are actuated using two stepper motors controlled by a custom PCB based on a Teensy 4.0. 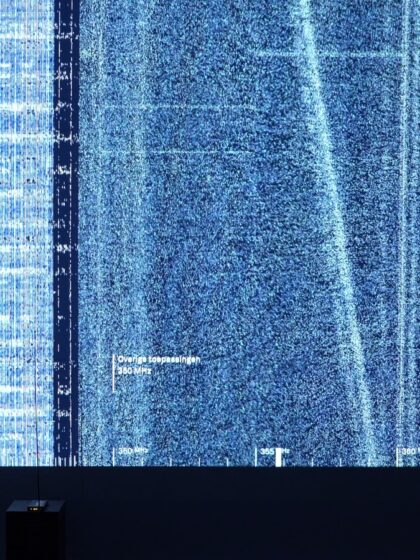 Created by Richard Vijgen, 'Hertzian Landscapes' is a live visualization of the radio spectrum. It includes a digital receiver to scan large swaths of radio spectrum in near real-time…