"How can such systems be designed to accommodate the complicatedness of moral and ethical thought processes, especially when human lives are involved? Just like choosing the color of a car, ethics can become a commodified feature in autonomous vehicles that one can buy, change, and repurchase, depending on personal taste." –– Matthieu Cherubini 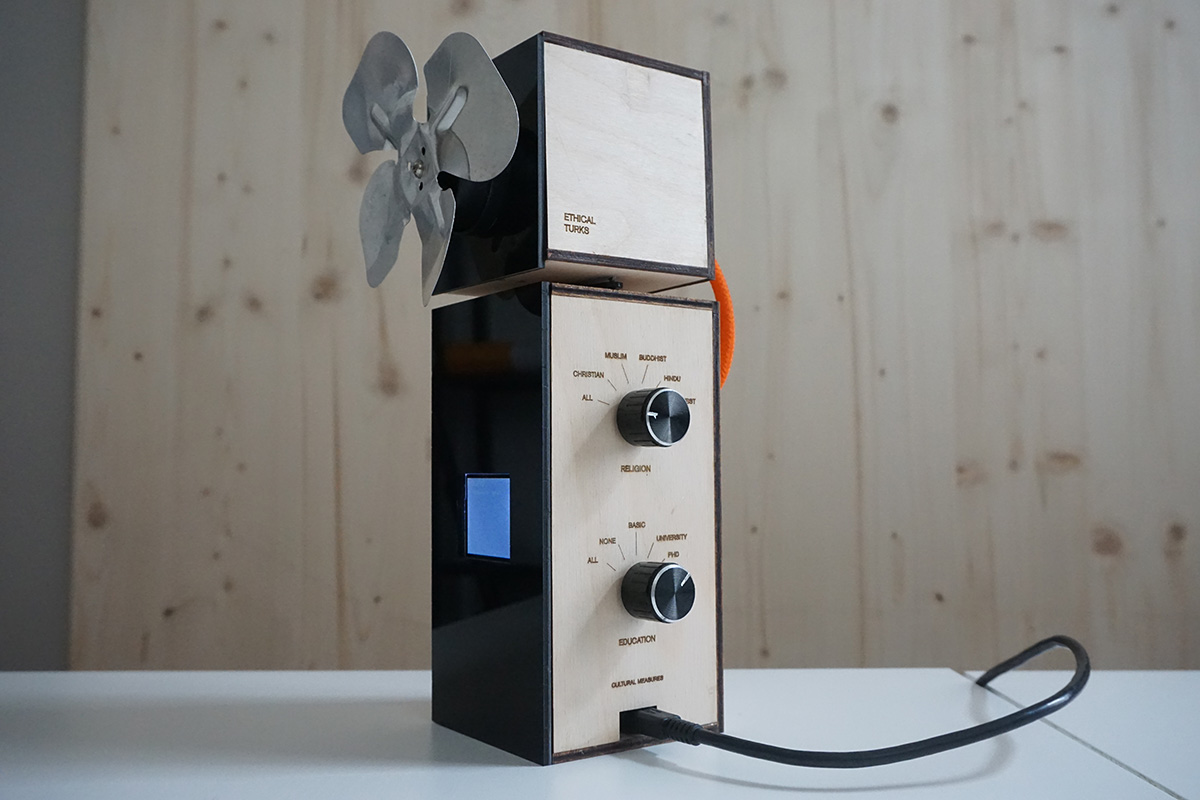 Ethical Things – The mundane, the insignificant and the ‘smart’ (things)

Created by Simone Rebaudengo & Matthieu Cherubini, Ethical Things is a project that explores the effects of autonomous systems of the future, speculating what happens to the mundane and insignificant objects we rely on every day.