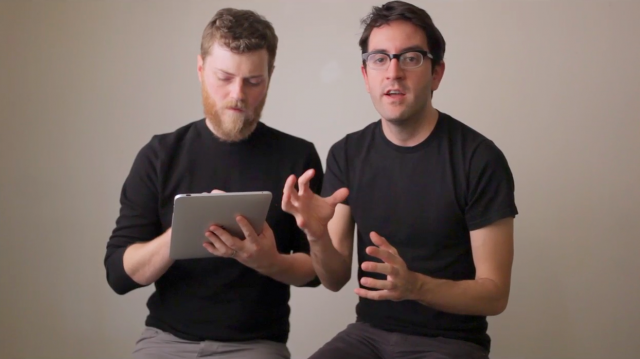 Satromizer started as a Adobe After Effects 3.0 plugin written by Ben Syverson as a response to Jon Satrom's video KOLOBOKZ. About a year ago Ben and Jon Satrom joined forces and released the Satromizer for the iPhone. The duo has just announced Satromizer OS, the new version of Satromizer for the iPad. Taking the concept of glitch further, the new Satromizer OS will include a bug game, a glitchy word processor, a desktop drum machine and an MP3 sample corruptor, all of this in addition to the standard features of Satromizer. Each of the modes explore the notion of glitch in a slightly different way, utilising iOS features and providing an alternative interface to manipulate media on your device (see video below).