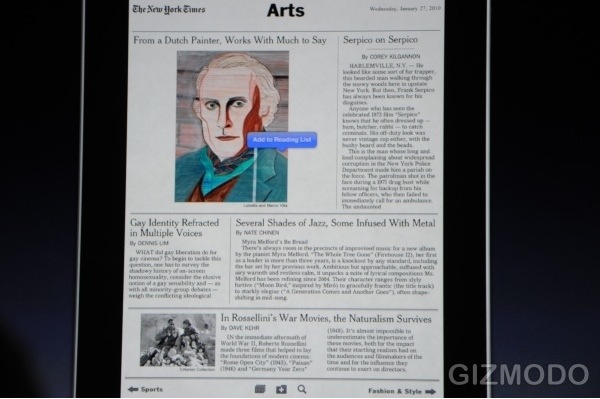 Today Apple announced it's long rumored new product, the iPad. Hype has been reaching epic proportions leading up to the launch, though I would say that the device meets expectations without really offering anything truly groundbreaking in terms of technology. The most surprising part of the announcement was probably the price of the device - $499. This is a shock, considering  Apple's usual 'luxury' pricing on computers. But, while some people may be disappointed that it's 'basically a big iPhone', I don't think they realize the potential for a whole new breed of  multitouch applications, and a slew of new usage scenarios. The simple addition of a larger screen (and a faster processor) allows for much deeper applications that just weren't possible on the iPhone.

2 thoughts on “What the iPad Means to Developers [News, iPhone]”