Created by Manasse Pinsuwan and René Henrich, Augenblick explores and captures what we miss when we close our eyes thousands of times a day to blink. Developed at the Digital Media Bremen with support from Joachim Hofmann and Prof. Dennis P. Paul, Augenblick is a wearable device that records every single frame that is missed by its wearer. A highly sensitive sensor reacts to the contraction of the muscles surrounding the eye. Whenever the eyes close a video starts recording and only ends when the eyes are opened again.

While the wearer is able to perceive the upper stream as his sense of sight interrupted by frequent blinks, the bottom stream shows the recordings of Augenblick, the so called Negative Cut. Put together they produce an uninterrupted continuation of visual information. 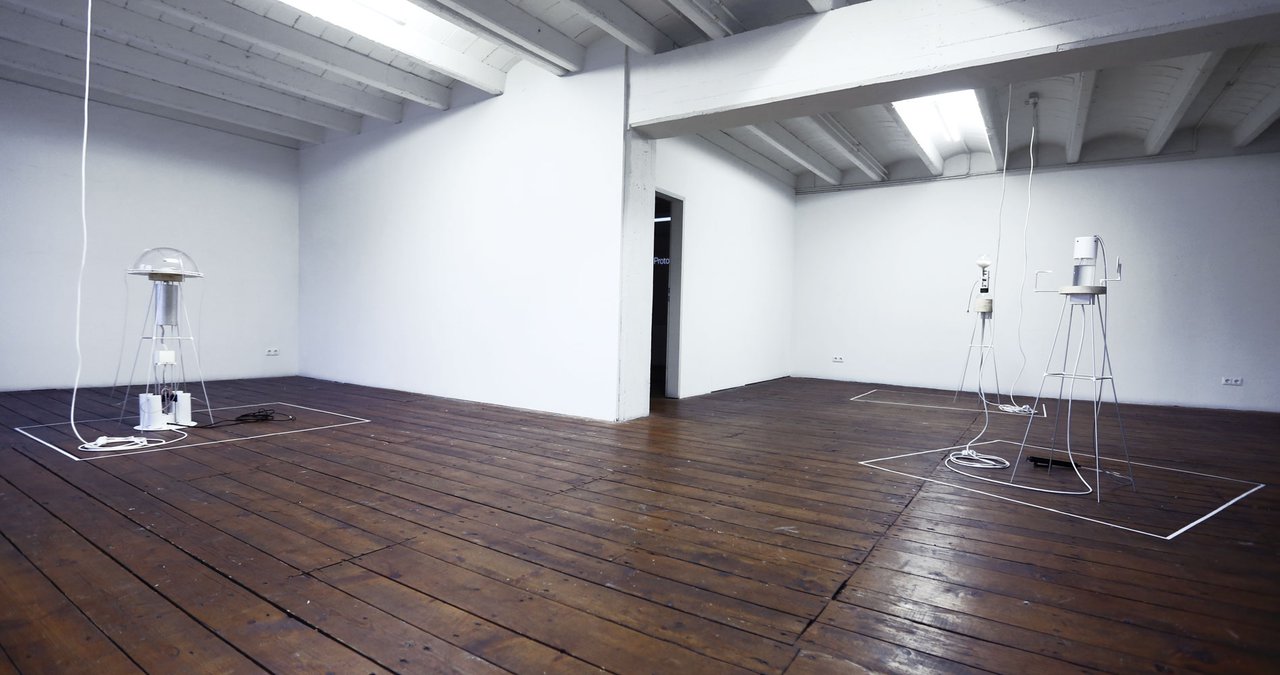 Created by Jasna Dimitrovska as a part of her Digital Media – HfK Bremen, Master Theses, Three Machines on Transparency is comprised of three machines that by own demonstration allow the artist to synthesise philosophical concepts of different forms+ideas of transparency into the corporeality.