Riffing on the urban infrastructure practice of disguising cell towers as trees and architecture, Julian Oliver’s Stealth Cell Tower camouflages an “antagonistic GSM base station” as a nondescript laser printer. The device detects nearby mobile phones, grabs their signals and sends them SMS messages that feign familiarity – and the occasional Stevie Wonder “I Just Called To Say I Love You” voice call serenade – pranking their owners. Leveraging the same technology as the ‘StingRay’ ISMI-catching devices that have seen widespread use in illegal (or at least very dubious) surveillance in recent years, Stealth Cell Tower draws attention to the reach and impact these techniques have – with a ‘white hat’ wink and a smile rather than maliciously compromising the security of those that wander by. 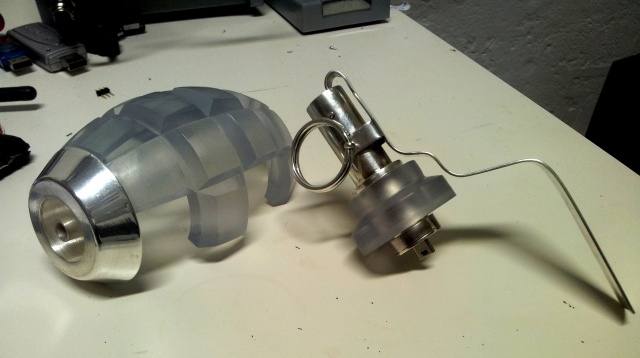