Created by Ralf Baecker and opening this week at the NOME gallery in Berlin, Order+Noise (Interface I) investigates the boundary and space created by two interacting systems that are set in motion by the random signals of Geiger-Müller tubes.

The two generated 'landscapes' face each other vertically (one on the top, one on the bottom). Each motor of one level (top, bottom) is connected to its opponent with a string, meeting in the center. Both motors pull their string in the opposite direction (like in a tug of war). At the junction of the strings, a mesh of elastic bands connects the string to its neighbours. The mesh couples each element to its surrounding elements in order to achieve a local emergent behaviour. In order to excite (stimulate) the system’s behaviour, each motor receives random impulse inputs with differing pulling strength. Random signals are taken from a number of geiger mueller tubes used as an entropy source which pick up the natural ambient radiation of the earth. 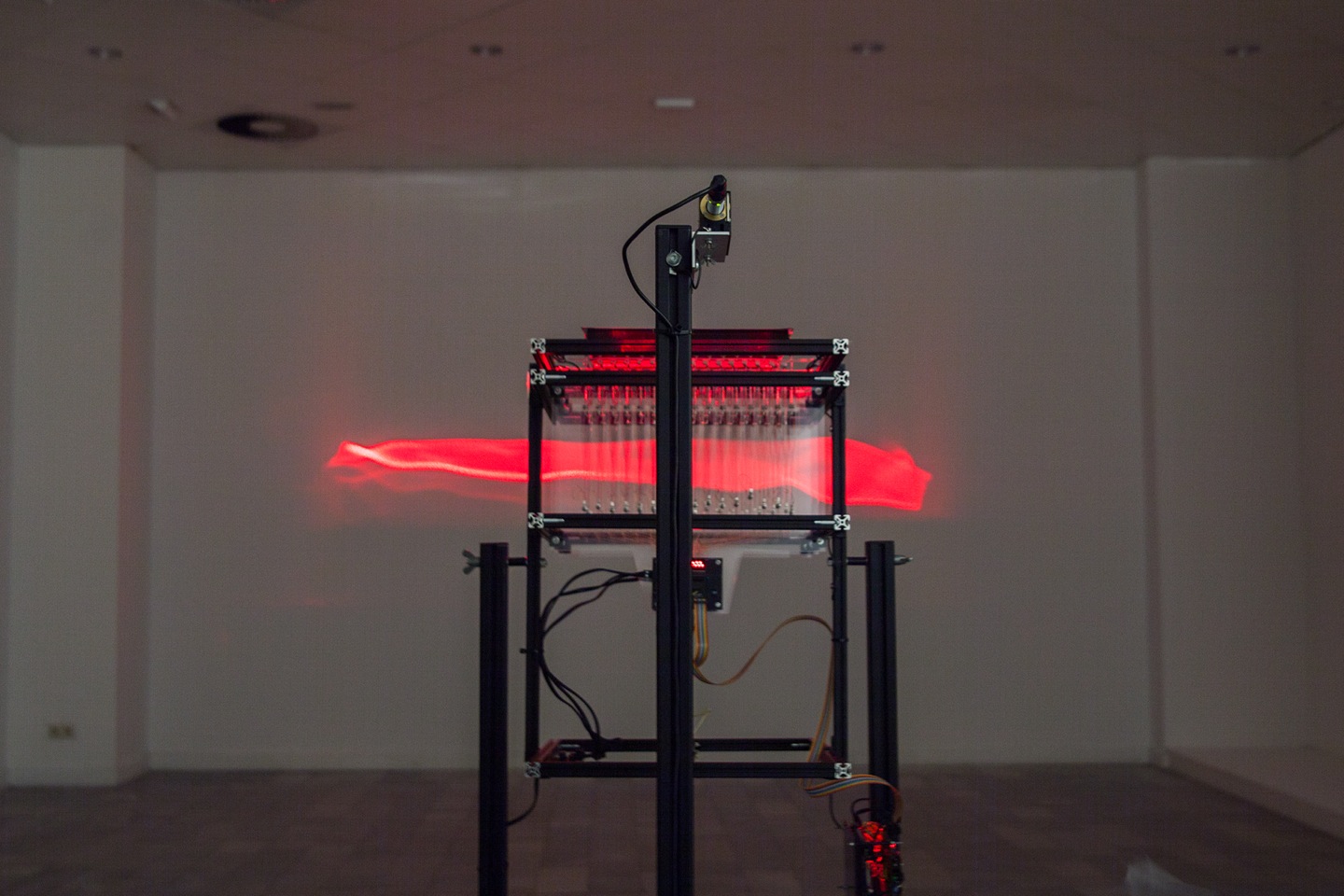 Created by Ralf Baecker and produced by the LEAP gallery in Berlin, Mirage is an installation that uses muscle wires to move a mirror that reflects a laser beam into a shape of a landscape.