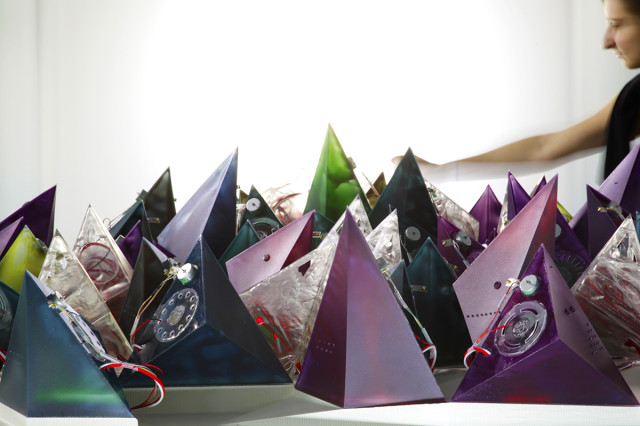 Realised by the students of MA of Advanced Studies class at the Chair for CAAD and supervised by Manuel Kretzer, Resinance is part of an ongoing series of projects exploring the potential use of smart materials in an architectural context. Influenced by the behaviour of simple organic life forms, in its assembly the project represented an ecology of functional units that could both work autonomously but also in coordination with their neighbouring units. It consists of 40 active elements that are gradually changing their surface color in response to human touch.