Created by Jelle Reith, Sol is a custom made apparatus that can depict any position and any trajectory of the sun. Since the sun’s path changes every day, the exact path it takes through the sky depends not only on the date but also on the geographical location of the observer. Sol reveals the different pathways the sun takes from anywhere in the world.

Lastly, there is one variable that Jelle has added with regard to the sun’s position in the sky. This is the user’s own geographical location on earth. Sol continuously recalculates and updates the sun’s path and current position by using an internal clock that tracks the time and date, and by using the geolocation set by the user.

Sol has a few different operating modes, each mode showing some additional data about the sun’s path. The sun’s current path and position will always be shown, regardless of the chosen operating mode.

Solstice and equinox – A solstice is when the sun reaches its highest or lowest elevation. The summer solstice occurs on the 21st* of June and the winter solstice is half a year later on the 21st* of December. Between the longest day (summer solstice) and the longest night (winter solstice) there is a day on which daytime and nighttime are of approximately equal length. This is called the equinox. The autumnal equinox is on the 23rd* of September and the spring equinox is half a year later on the 20th* of March. When this mode is selected Sol displays the path the sun would take on a solstice or equinox as well as its position throughout the day (date may vary depending on leap year, and other mitigating factors).

Solargraph – With this mode selected Sol will display the solargraph as well as the analemma of the sun. The solargraph shows all the pathways the sun will take in a year. The analemma is a figure eight form that you get if you were to document the sun’s position every day of the year at the same exact solar time and location.

The device is available for purchase via the link below. 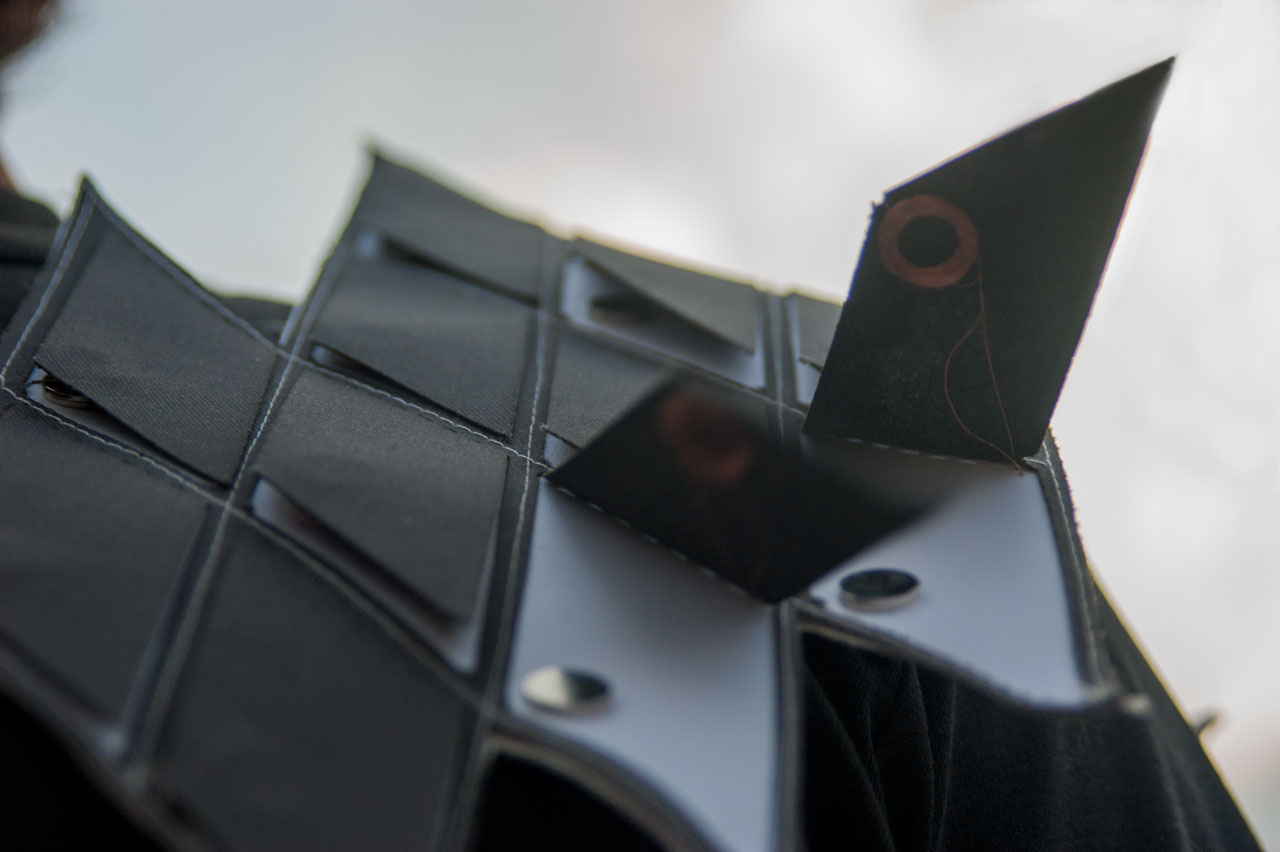 Compass – A wearable that senses the magnetic north

Created by Jelle Reith, Compass is a wearable suit designed out of three pieces with each including movable flaps that work together and ‘point’ north.