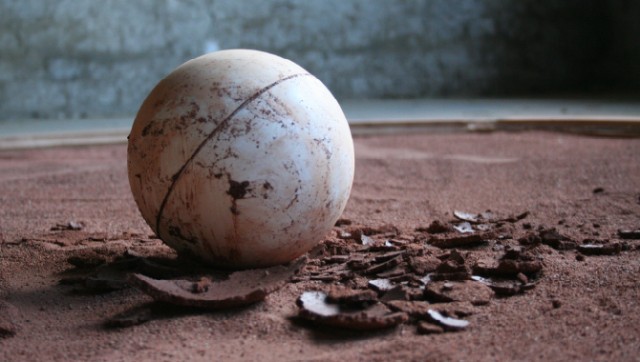 Troblion is an autonomous spherical robot that rolls in an oval partially irrigated sandbox. Following very simple programmed rules the sphere creates a variety of different motion characteristics that can be interpreted as emotions. While it is rolling, it builds a layer of hardened sand on its outer surface giving ability to Troblion to change its appearance as the new skin dries and falls off.