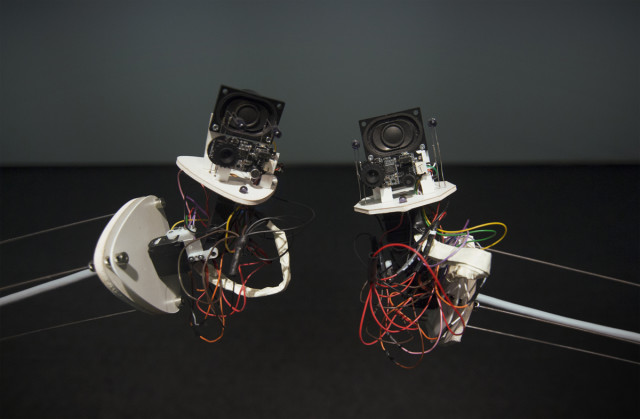 Created by Nikolas Schmid-Pfähler and Carolin Liebl, Vincent & Emily are two self-willed robots who are in a bizarre conflict between each other and their surroundings. The robots are designed to explore solitude of a partner relationship and their impulses. Mimicking humans, using sounds and gestures, the robots have speakers motions controlled by their motors. In addition, the creatures capture sounds and movements via sensors and react on those signals with own expressions.